Season. A three-month period during which Battle Pass is held. The regulations and rewards may change from Season to Season.

Progression. A sequence of Chapters and Stages. A Battle Pass Season consists of three Chapters with 50 Stages in each. To complete Stages, you need to earn Battle Pass Points.

Season Chapter. An element of the Battle Pass Progression. For completing each Chapter, you earn key rewards: a crew member and a Level IV progressive style.

Battle Pass Points. Points needed to progress through Stages. To move to the next Stage, you need to earn 50 Points. Points earned cannot be lost. You can earn Points in the following modes: Random Battles, Ranked Battles, Frontline, and Recon Mission. When you play in these modes, the number of Points that you receive after a battle depends on your rank in team results by XP earned. Besides fighting in battle modes, you can also earn Points for completing Daily Missions.

Point Limit. The maximum number of Points that can be earned in a particular vehicle in Recon Mission, Random and Ranked Battles during a Season. The Point Limit is shared across these modes. That means you can reach it by playing in one of the modes or alternating between several modes.

Base Reward. A reward that you always receive for completing Stages.

Token. A unique reward of Battle Pass. Received Tokens can be exchanged for valuable items in a special section of the in-game Store. 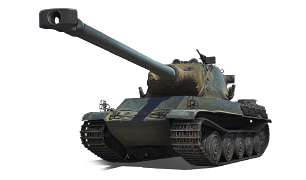 Compared to other vehicles, this tank earns 2 additional Points when in the top 5 by experience earned. 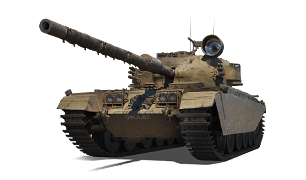 Compared to other vehicles, this tank earns 3 additional Points when in the top 3 by experience earned. 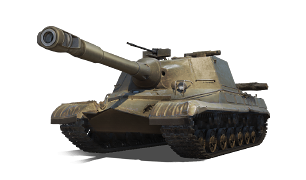 Compared to other vehicles, this tank earns 1 additional Point when in the top 10 by experience earned.

In this Season, you can receive three progressive styles, one for each Core Vehicle. At the beginning of each Chapter, you select one of the styles and immediately receive Level I of this style. As you progress through Stages, your style is upgraded. The maximum Level IV is awarded at the end of the Chapter.

Each progressive style can only be applied to the corresponding vehicle.

When a progressive style is selected, you can find it on the Exterior screen of the corresponding vehicle. If you don't have the necessary vehicle in your Garage, the style is stored in the Depot.

Battle Pass consists of three Chapters with 50 Stages in each. To move to the next Stage, you need to earn 50 Points.

If you complete a Stage, you cannot return to the previous one. You receive rewards for each Stage completed.

Your current Stage is displayed in your Garage.

There are several ways to earn Battle Pass Points:

You also receive additional Points once the maximum number of Points for the selected vehicle is earned.

The number of Points received after each battle depends on your rank in team results by XP earned. Even if your team loses or draws, you still receive Battle Pass Points.

You can participate in Ranked Battles in Tier X vehicles only.

The number of points that you receive for a Ranked Battle depends on the battle results and your rank in team results by XP earned.

You can earn more points per battle in Frontline compared to other modes. The number of points depends on the battle results and your rank in team results by XP earned.

The more difficult the mission, the more Points you receive.

For each 45 Daily Missions completed, you receive an additional 50 Battle Pass Points.

Each vehicle has a Point Limit that you can reach while playing in Recon Mission, Ranked, and Random Battles. The higher the vehicle tier, the higher the Limit.

Find out your maximum Battle Pass Stage for the vehicles you have in your Garage. Just use 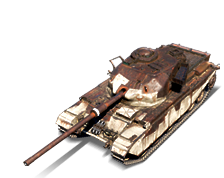 The maximum possible number of Points that can be earned in the Centurion Action X is 1,000. Once earned, you'll get a one-time bonus of 35 Points. After that, the vehicle will no longer earn Points this Season. 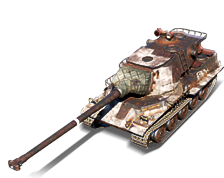 The maximum possible number of Points that can be earned in the AMX M4 mle. 54 is 1,000. Once earned, you'll get a one-time bonus of 35 Points. After that, the vehicle will no longer earn Points this Season. 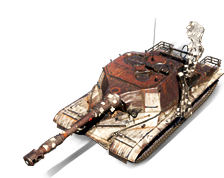 The maximum possible number of Points that can be earned in the Object 268 is 1,000. Once earned, you'll get a one-time bonus of 35 Points. After that, the vehicle will no longer earn Points this Season.

The Limit only applies to Points earned in Recon Mission, Random and Ranked Battles. The Limit is shared across these three battle modes.

You can also earn Points while using Tier VI–X rental vehicles. If you rented the vehicle at first, then later buy it back, the Points earned with the vehicle during the rental period are saved.

(Filter by Parameters) and select 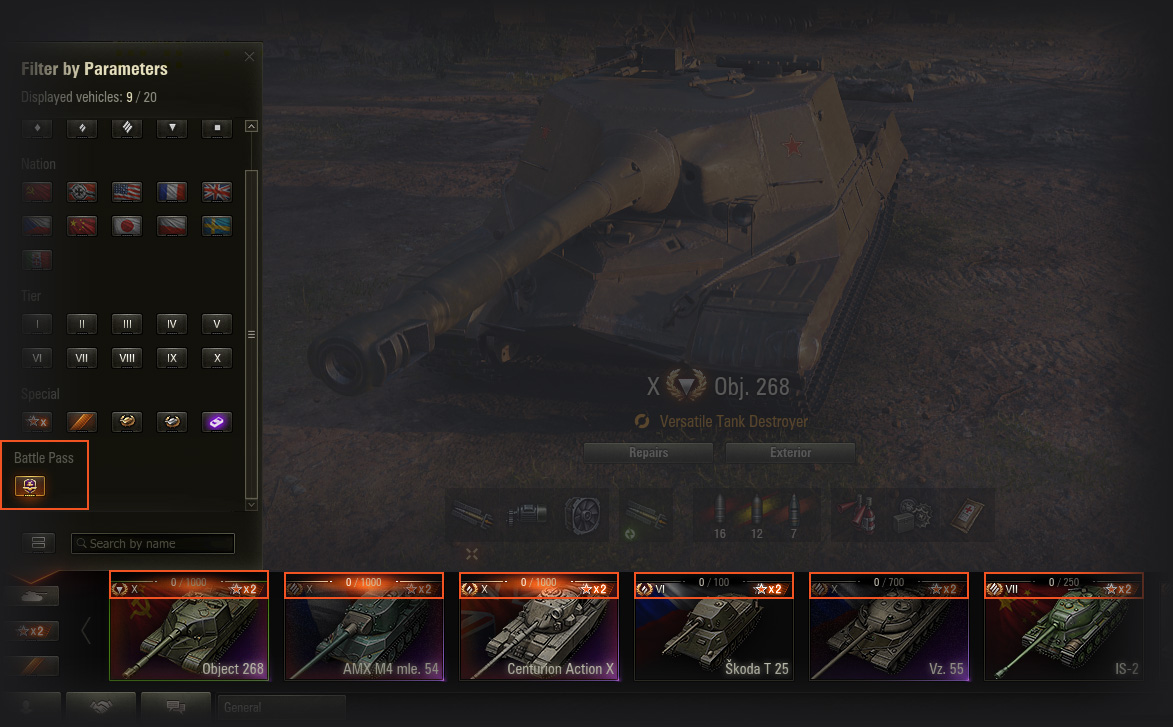 You can purchase an Improved Pass for all three Chapters using real money or for a particular Chapter using gold.

Improved Pass for All Chapters

There are two bundles that include an Improved Pass for all Chapters. You can purchase one of them:

Purchasing a bundle saves you up to 30% compared to purchasing an Improved Pass for each Chapter.

Bundles become unavailable once you purchase an Improved Pass for one or several Chapters for gold.

To purchase a bundle:

Improved Pass for a Particular Chapter

Immediately after purchasing an Improved Pass for a Chapter, you receive Improved Rewards for all completed Stages of this Chapter.

To purchase an Improved Pass for a Chapter:

You can purchase any number of Stages for the Chapter which has the Improved Pass.

You immediately receive all Base and Improved Rewards for all purchased Stages, and the Stages are considered completed. One Stage costs 250.

Stages can be purchased several times until the Chapter is completed.

Like the Improved Pass, Stages can be purchased on the Battle Pass screen and in the in-game Store via the

For completing some Stages, you get Tokens that can be exchanged for valuable items in the in-game Store via the

You can earn up to 18 Tokens during the Season: 9 of them are in the Basic Rewards and 9 in the Improved Rewards.

You can exchange Tokens for valuable game assets and unique Tier IX vehicles, including two new vehicles: the Kunze Panzer and K-91-PT.

Items that can be purchased for Tokens:

You can accumulate Tokens throughout all Seasons of 2021. Items for Tokens can be purchased until December 19, 2021. After this date, you will receive compensation of 100 bonds for each unspent Token.

For completing Stages, you get valuable rewards. Each Chapter features new 2D and progressive styles, a decal, and a crew member.

For information about rewards, see also the Battle Pass section in the game portal.

You can choose the nation for Crew Books and national blueprint fragments.

After completing certain Stages, you can choose an equipment item to receive as a reward. You can get both standard equipment and Bounty Equipment during the Battle Pass Season.

You receive selectable standard equipment as an Improved Reward.

You can select standard equipment from the following categories:

Upon completing each of the Stages listed above, you receive one item of standard equipment.

During Battle Pass, you can receive Class 1 equipment to mount on Tier VIII–X vehicles.

The exception is equipment that is not divided into classes or does not have Class 1. This equipment can also be selected:

You receive an item of Bounty Equipment as an improved reward after the last Stage of each Chapter and as a base reward for completing Stage 90.

You can select any Bounty Equipment that is represented in the game.

The basic characteristics of Bounty Equipment are the same as those of standard equipment, but they can be upgraded for 3,000,000.

Standard equipment and Bounty Equipment can be demounted for 10 or by using a Demounting Kit.

To learn more about equipment, see the Equipment guide.

You receive one of three 2D styles in each Chapter. All the styles are all-season and non-historical. They can be applied to vehicles of any tier.

Top of the World

Base Reward for Stage 1

Base Reward for Stage 51

Base Reward for Stage 101

Decals are granted as Improved Rewards for completing some Stages of each Chapter. The decals are non-historical and can be applied to any vehicle. 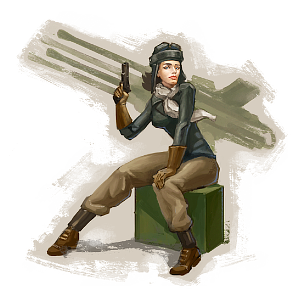 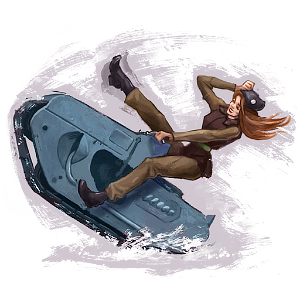 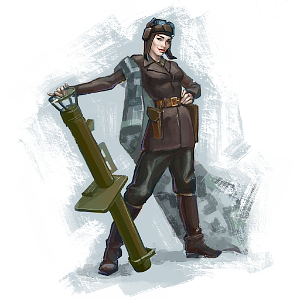 After completing the last Stage of each Chapter, you receive a crew member with the Brothers in Arms perk trained to 100% and a sufficient amount of experience to train two more skills or perks.

You can recruit the selected crew member in the Recruits section in your Barracks.

You can choose the nation and qualification for each crew member. However, you cannot change their personal data (the name, surname, and image of a crew member). The crew members do not have a unique voiceover.

Select a crew member to read their description.
With his brother Jean-Marc, he started his tour of duty in the Resistance. He was seriously injured and lucky to be alive, but he never lost his phenomenal combat skills, even after a long recovery period. He was glad to get back on track and throw himself into another dangerous adventure. The one thing he regretted was that he and his brother were assigned to different detachments.

An MI6 staff officer. She was constantly getting into discussions with her superiors, trying to prove that wars could not be won in dusty offices. As a result, she was assigned to an Antarctic expedition with the most severe of field conditions. And that was all she needed: There's no better way to sort out and solve a problem than to face it.

A tank officer and battalion commander. He had excellent combat skills and an intuition that always helped him get out of seemingly hopeless situations. He tried to learn enemy methods and habits to hit them in their weak spots. His military cunning and prudence helped him lead his soldiers to victory, even when outnumbered.

"To Hell and Back" Medal

Base Reward for completing Stage 150. 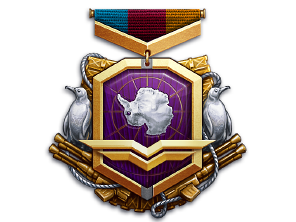 When the Battle Pass Season ends: