With 9 different nations to choose from and each with its own unique tanks, choosing a nation or specific tech tree branch to commit to can be a daunting task.

To help you with your decision-making, we've prepared a brief overview about the general characteristics of the vehicles in each nation, including their pros, cons and preferable play styles. Click on the relevant tags below to jump directly to your preferred nation:

IMPORTANT: Please note that the differences between nations first become pronounced around Tier IV-V. You will start at Tier I and the lower-tier tanks you will be driving in your early battles are generally quite similar in handling, with the national differences (as well as differences between individual machines) being diminished by factors such as the generally faster pace of the low-tier battles, low Hit Point pools of the tanks and only minor differences in terms of gun options and armour. 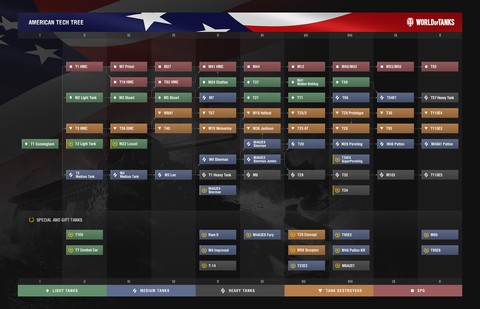 American tanks are all about versatility, possessing equal amounts of firepower, mobility and armour. They may not hit as hard or block as many hits as their counterparts from other nations, but each vehicle class under the American tech tree can serve reasonably well as a stopgap for almost any role in battle. 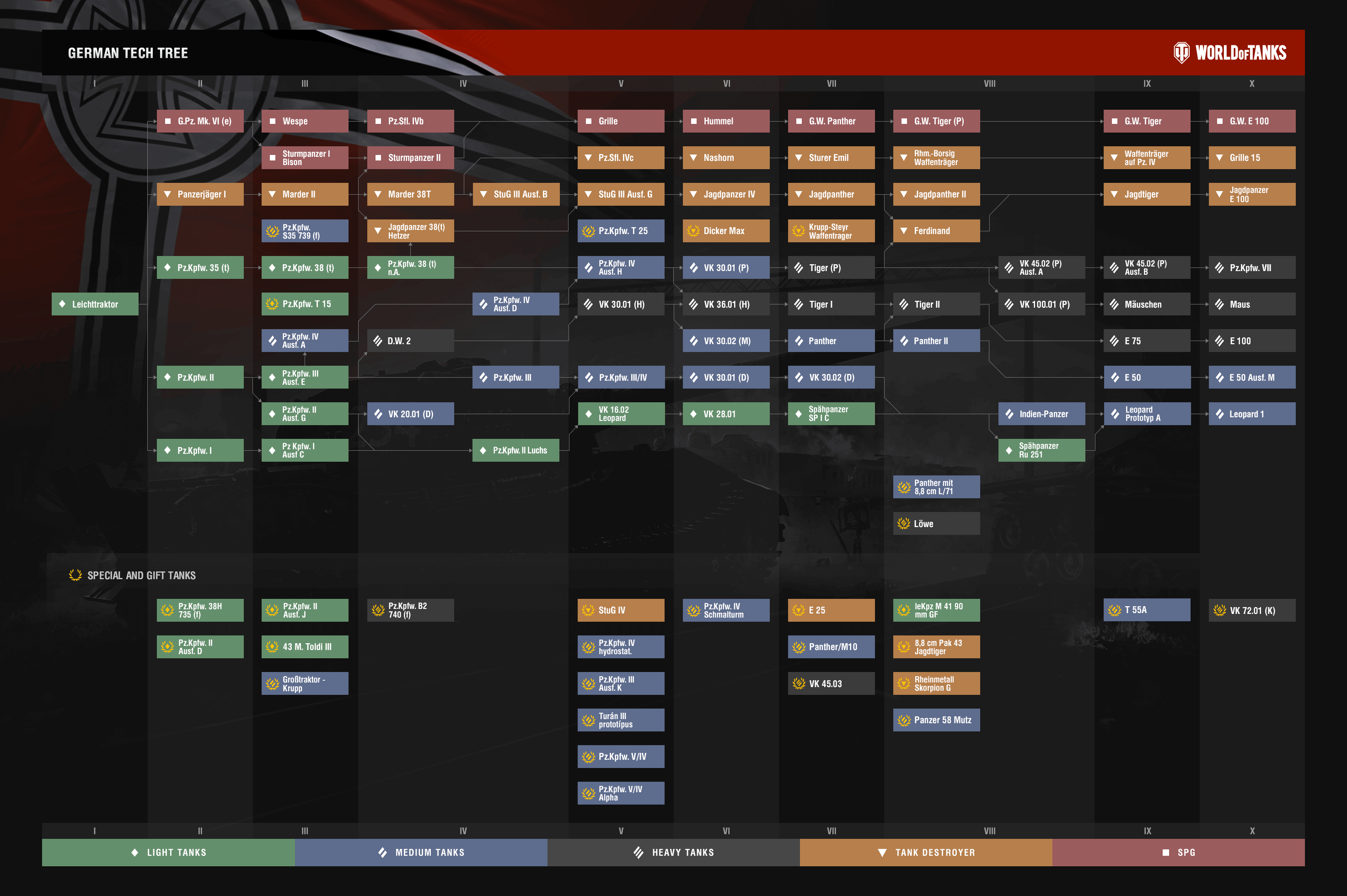 The German tech tree emphasizes gun accuracy over all else, which is why many players are exceptionally fond of their tank destroyers. However, don't let that fool you - there are many wonderful things to be found in the other vehicle classes. 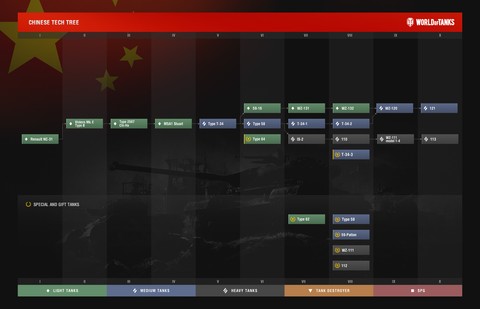 The early Chinese vehicles are mostly copies from other tech trees, which means their controls and capabilities would likely feel the same if you've already tried the original versions. However, the Chinese tech tree does transform in later tiers into uniquely agile, yet surprisingly durable vehicles. 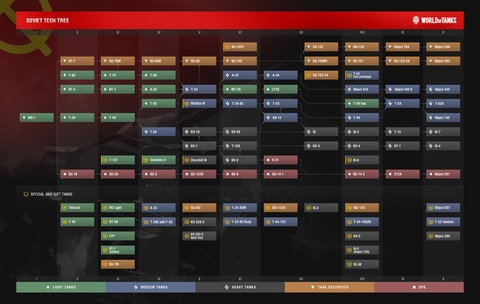 The Soviet tech tree is most renowned for their heavy tanks, as they possess both tough hides and powerful guns. However, their other vehicle classes are nothing to sneeze at either. Soviet vehicles are widely considered the most beginner-friendly nation as well due to their ease of use. 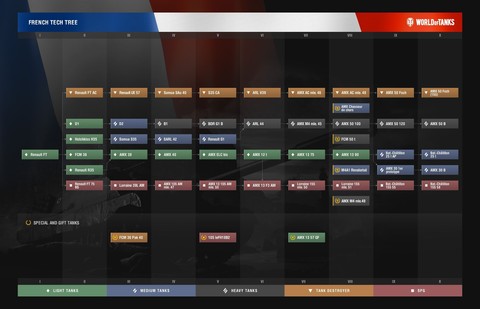 The French tech tree is an unusual beast. The early tiers heavily focus on vehicles that are sluggish but very heavily armoured - light tanks included - while the more advanced models emphasize speed and power above all else. From tiers VIII to X, virtually all vehicle classes are capable of achieving high speeds and firing exceptionally damaging rounds in quick succession, using the 'autoloader' mechanic that reloads several rounds in a magazine at a time. 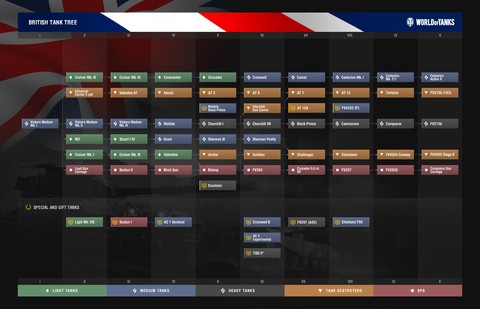 The tanks of the UK traditionally favour rate of fire and penetration ability over sheer damage. Early tier tanks are mostly heavily armoured and slow, as their real-world equivalents were designed for the purpose of supporting infantry. As the tiers rise however, the slow tanks give way to more well-rounded ones. 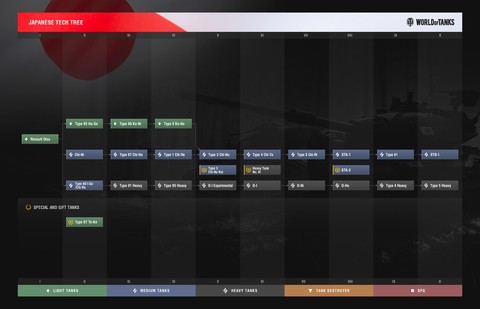 Japanese vehicles are primary divided into two separate tech tree branches: medium tanks that are fast and fragile and heavy tanks that are slow and tough. 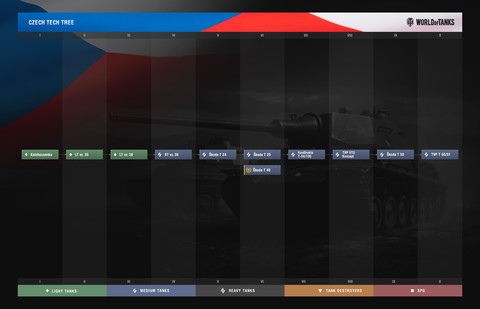 The Czech tech tree currently only offers light and medium tanks in its roster, but what it offers can comfortably challenge their counterparts in other nations. 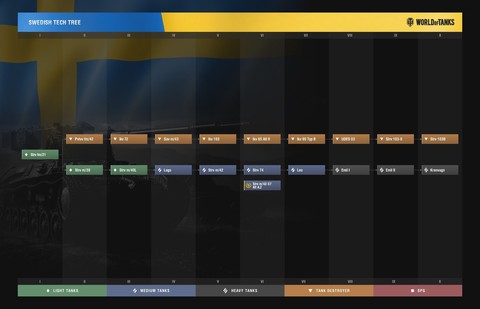 As the most recent nation to be added to World of Tanks, the Swedish tech tree grants access to both heavy tanks and tank destroyers in two separate branches.