At its inception, the ACAA managed a handful of APs and a single official tournament. It didn’t stay that way for long; The Arena battles soon proved to be a massive hit, forcing the ACAA to expand aggressively to keep up with the demand for more matches and a larger roster of combatants.

The organisation currently numbers 4,000 staff, with more potential for growth in the near future. 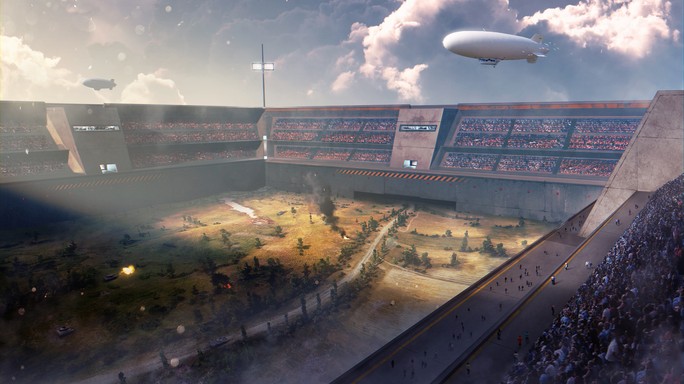 Some say that the Armoured Combat Arenas are little more than modern-day equivalents of the gladiatorial fights in the Roman Colosseum. Others proclaim that the sheer magnitude of the structures more closely resemble arcologies instead.

No matter what your view is, one thing is certain: The Arenas are big. Very big.

Harnessing all manner of power generation techniques, be it from wind, solar, water or nuclear fusion, each Arena comes furnished with enough amenities to offer every single creature comfort possible, for anyone rich (or willing) enough to do so.

"Have you guys heard about the Icarus yet? The folks at the ACAA are saying that their newest Arena can fit up to 50,000 spectators on-site with 5-star hotel service. The next Global Conquest Tournament will reportedly be held on it, so stay tuned in the coming year for more news about that!" — 'Fired Up' Internet News Channel, Episode #114

The very first Arenas were about the size of three soccer fields and built with only the essentials in mind: stands for the spectators, several food and beverage stalls, restrooms and a tiny garage to hold the Armoured Personas and their tanks before each battle.

With the increasing demand for even larger battlegrounds for the Armoured Personas, it was soon clear that bigger and better Arenas had to be built. As the ACAA expanded, the amount of resources invested into Arena construction grew exponentially.

There are 21 Arenas in total at the time of writing, with twenty of them hosted by countries across the continents of Europe, Africa, the Americas and Asia.

The last and latest and most impressive Arena of them all was borne out of necessity and human ingenuity. When the ACAA first began looking for a suitable site to place the twenty-first Arena, it approached the leading countries to negotiate enough land to do so. As popular as Armoured Combat was proving to be however, none were interested in parcelling out large swaths of land for its proposed intent. 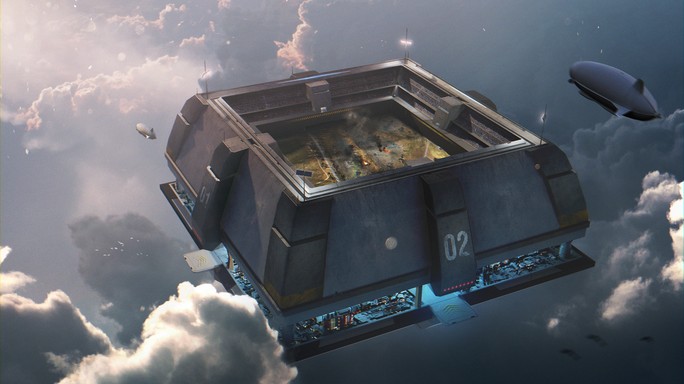 Rather than staying content with the twenty Arenas it already had, the ACAA decided to embark on an impossible project. By bringing the world's most advanced scientific minds and a seemingly endless supply of capital to bear, the Association began the secret task of building a self-levitating Arena, the size of which would dwarf all others.

The existence of the most advanced Arena to date would be kept a secret for the next decade. By the time it was ready to be revealed, the phrase ‘Project Icarus’ was already an openly-discussed topic amongst the community at large.

On the day of its maiden flight, the world watched as its massive thrusters lifted the Icarus into the air, ready to host its first tournament.

Like the Armoured Personas themselves, the ACAA has no shortage of critics and conspiracy theorists. Apart from the standard accusations of match fixing, corruption and bribery commonly found in other sports, it has also invited other more outrageous allegations, such as the creation of a private army (comprised of brainwashed Armoured Personas), plans for acts of terrorism or secret collaborations with private military contractors to test experimental hardware.

"The accusations against Logan's Raiders of planning a terrorist attack is unfounded; the ACAA has found no evidence of possible hardware tampering by the team. No further comments." — Garry Cheng, ACAA spokesperson

While the ACAA takes these matters seriously, no illegal activities have ever been uncovered by its own staff, nor by any external security agency.