Create account
Create account
Close
"Because they're the ultimate dark horse, right? I've been watching the ACA from the start and I've seen all sorts of stupid teams with stupid lineups. None of them ever survived long enough to win [a tournament]. But these guys just keep coming back. You can't help but root for them." — Gun Striders fan about their victory at Berlin

There has never been a team quite like the Gun Striders in the history of the ACA.

Incorporated several years ago by former team captain Adam Becker, Team Gun Striders began life as a relative unknown in the Armoured Combat Arena. Its line-up was essentially a motley crew of jaded APs and new bloods; a random group of people who were told more than once that they had no business being in the sport.

With their seemingly lacklustre vehicle choices and outdated support equipment, it seemed almost certain that the team would crash and burn long before they hit the big leagues. But they did. 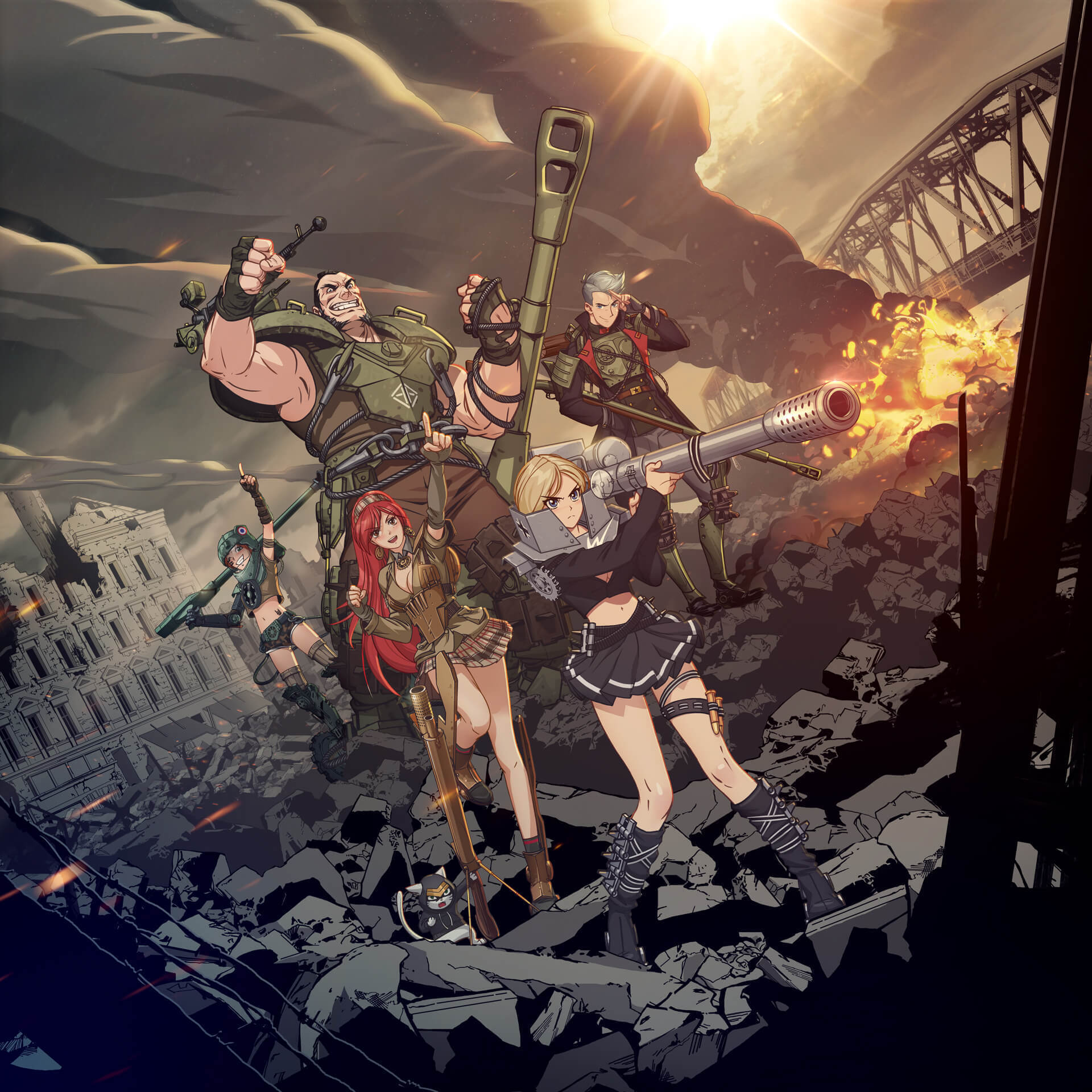 The Gun Striders achieved little success in its initial foray into the tournament circuits, only managing to secure minor victories in the early stages before dropping out each time. During their first outing at the Crete Open tournament, the team barely graduated from the Group stage before getting knocked out with a devastating 3 - 0 loss against their opponent, Team Krazy Karts.

Their next few attempts fared slightly better. With a marked improvement in their individual skills, they developed a habit of battling their way into the playoffs before promptly sabotaging their chances of winning with a series of communication problems and missed tactical opportunities. By this time, their eclectic choice of strategies and unusual vehicle selections have garnered some interest and a curious, albeit entertained audience.

The Road to Stardom

Just as the Gun Striders were starting to move up in the unofficial rankings, disaster struck at the Pruzic Challenge Series held in Estonia. With just one point gained by a draw result, the team was unceremoniously kicked out of tournament on the very first day - their worst performance yet.

Many had assumed at this point that the team was done. After all, there had been other teams before them that disbanded with much better results in their record. With the Gun Striders’ uninspiring history, a split seemed inevitable.

In the months following the defeat in Estonia, the team retreated into their private training grounds in England and entered a state of radio silence. The world moved on; for all they knew, the Gun Striders had ceased to exist.

When their sabbatical ended just one year later, Team Gun Striders made a triumphant return to the Arena, crushing the opposition at the Berlin Summer League and finishing in third place. Virtually nothing had changed for the team - they were the same people, using the same quirky tanks with the same slightly-obsolete systems. But still they succeeded where others had not. The Gun Striders achieved overnight fame.

The team participated in five more tournaments after their astounding performance in Berlin, winning all but one of them and transforming into an unstoppable powerhouse in the process. News networks had taken to calling them the 'Miracle Gunners'. Countless interviews were proposed, although the team only ever acquiesced to one.

Then in just one night, the dream came crashing down around their ears.

The team were fighting in the Yokohama Masters tournament, progressing steadily until they found themselves at the semi-finals against Team Obsidian Reavers, a relatively new one that had only been established during the Gun Striders' self-imposed isolation. The Reavers are an all-star team that had been assembled by an unknown benefactor and led by Abel, a similarly enigmatic newcomer.

The first battle progressed without much fanfare, with Gun Striders winning it handily using their trademark pin-and-skewer tactic. However, the second battle was anything but normal; sometime around the 5 minute mark, the aging Yokohama Arena suffered an electrical blackout, cutting out every single light and camera at the venue. In the days to come, all interviewed spectators present at the event claimed that the sounds of battle still raged in the darkness.

When the power came back on minutes later, the burning wreck that was Becker’s heavy tank was all everyone saw. Destroyed vehicles were a common sight in every battle, but none of them had ever been set on fire before.

The battle was paused just long enough for paramedics to collect Becker’s unconscious body before resuming. Several officials have since gone on record to state that the decision was flawed, but as strange a situation as it had seemed at that point in time, they had elected to follow protocol instead.

With their captain’s unexpected departure, Gun Striders lost all motivation and resolve, subsequently suffering a humiliating defeat reminiscent of their troubled early days. Their hopes of winning the tournament vanished that night.

In the weeks following the incident, rumours swirled around the fact that Becker had suffered severe injuries that may have ruined any chance of his return to the ACA.

An official statement from the team three months later confirmed these fears. Two members, Becker and Matsuda, would no longer be part of the Gun Striders. The team was now down to five active APs.

The future of Team Gun Striders

Six months have passed since their last appearance in the Yokohama Masters tournament. The Gun Striders have been quiet thus far, but many supporters still believe that they are currently preparing for yet another resurrection.

In recent weeks, several anonymous individuals have claimed that one particular training campus in England has seen an unusual spike in activity after an extended period of abandonment. Could that mean that the world will soon see the Gun Striders in action again?