A Skirmish is a battle between your clan’s detachment and an enemy detachment on a neutral territory. The enemy and map are selected at random.

Skirmishes are available during certain periods of time. To view the schedule of upcoming battles, click

(Battle schedule) to the right of the Clan Battles button in your Stronghold, or in the Stronghold: Battles window.

To engage in a Skirmish:

You can participate in Skirmishes in one of three divisions. The division determines the vehicle tier, battle format, and the number of legionnaires in the detachment. Clans earn more Industrial Resource in higher-division Skirmishes.

Creating Your Own Detachment 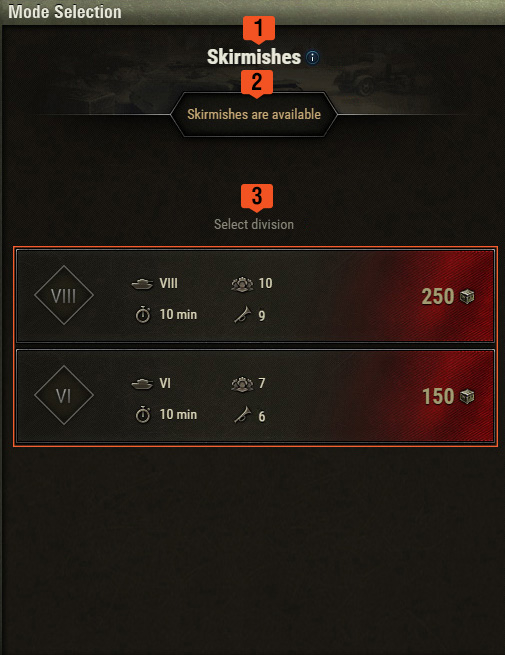 To create your own detachment and become its commander, click Create Detachment in the Stronghold: Battles window. In the Mode Selection window displayed, select a division for the Skirmish.

The list of the divisions is displayed in the left part of the Mode Selection window.

Preparing for the Skirmish

After you select a division, the Skirmish window is displayed. Here you can form a detachment, enable Reserves, and confirm that you’re ready for battle. 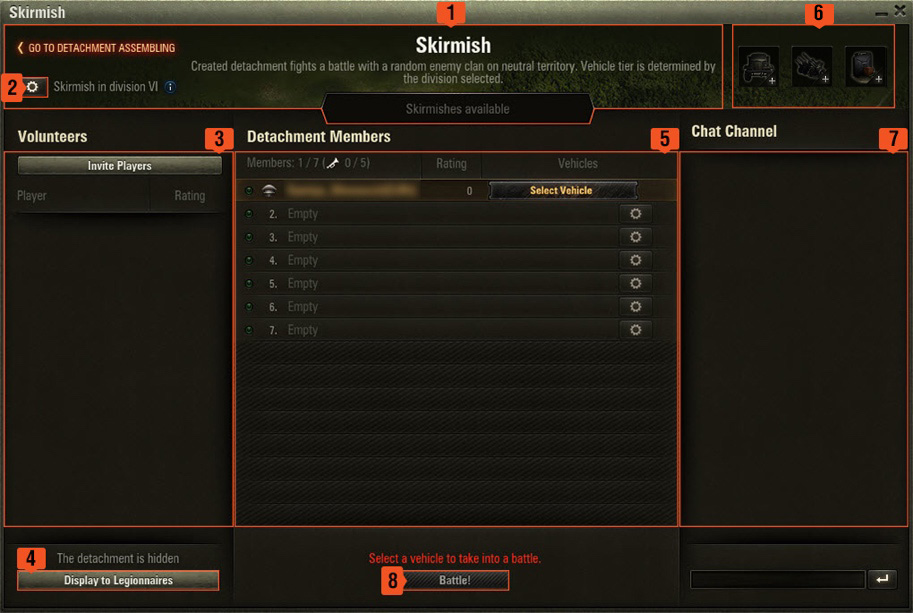 Adding Players to the Detachment

You can add players to the detachment via an invitation or with the help of legionnaire autosearch. 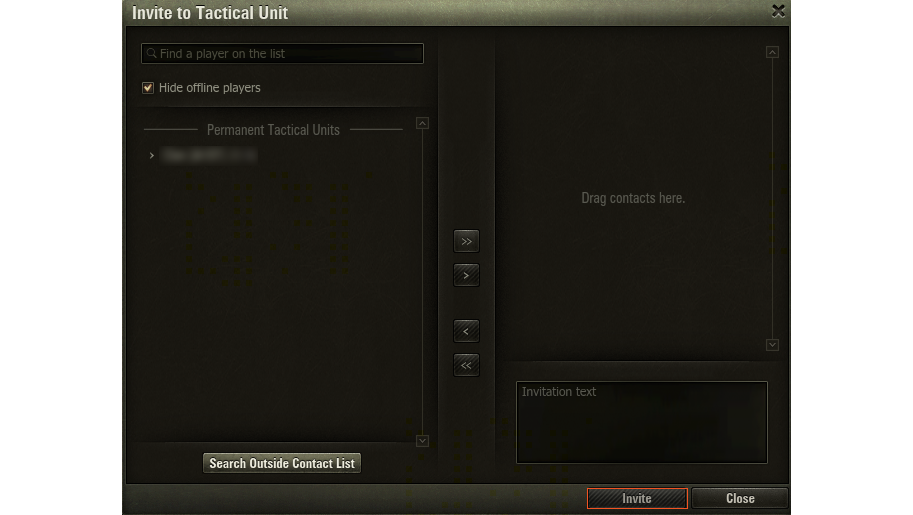 To invite players to the detachment:

Invited players are added to the Volunteers list and displayed either in the Clan Members group or the Legionnaires group. Players’ personal ratings are displayed to the right of their names.

The Detachment Commander can add the invited players to the detachment by dragging them from the Volunteers list to the Detachment Members list. A special icon

marks legionnaires in the detachment.

The Detachment Commander can transfer permissions only to a fellow clan member.

You can join a created detachment in several ways:

Joining via the My Clan's Detachments Panel

You can join any of your clan’s detachments on the corresponding panel: 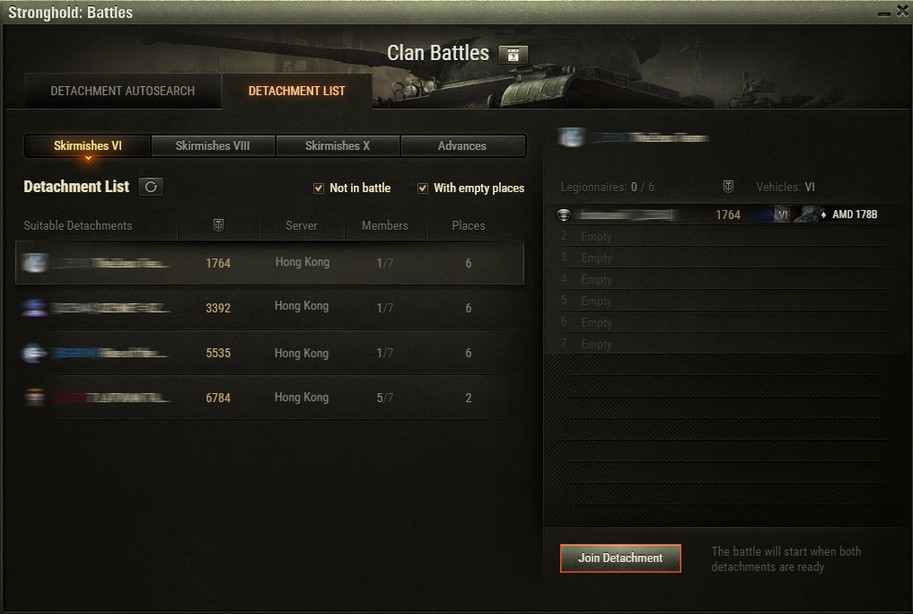 To join a detachment:

Joining via an Invitation

tab in the Notification Center in the lower right corner of the Garage.

After you accept the invitation, your name will be displayed in the Volunteers list. Wait until the Detachment Commander adds you to the detachment. 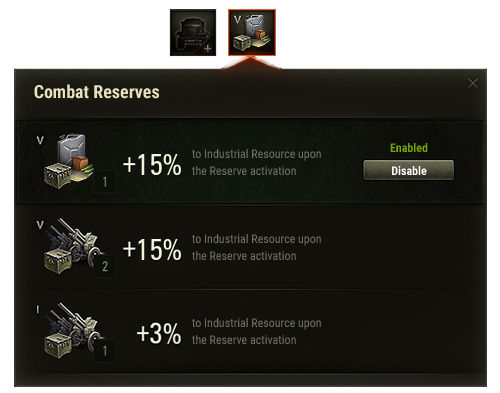 Use One-Time-Effect Reserves to gain an additional advantage in Skirmishes.

You can enable the following Reserves:

Course and Result of the Skirmish

When the detachment is formed and the players are ready, the Detachment Commander sends the detachment into battle. The enemy detachment and map are selected at random, and the Skirmish begins. Teams fight a Standard battle.