The next quarter of the QYC is happening soon! Are you ready to take on the rest of Asia with a 5-man team of Tier VI tanks?

Unlike the other major World of Tanks tournament that's happening right now, the Quarter Year Championship is specially for players who wish to compete in an officially sanctioned tournament, but do not currently belong to a team solely dedicated to eSports and are unable to support one of sufficient size. Perfect for those wanting a challenge without all the hassle!

The Quarter Year Championship will last for five weeks, concluding in a Grand Finals round that will pit the best two teams against each other. Will you be the one to become champion and win the gold and cash prizes? 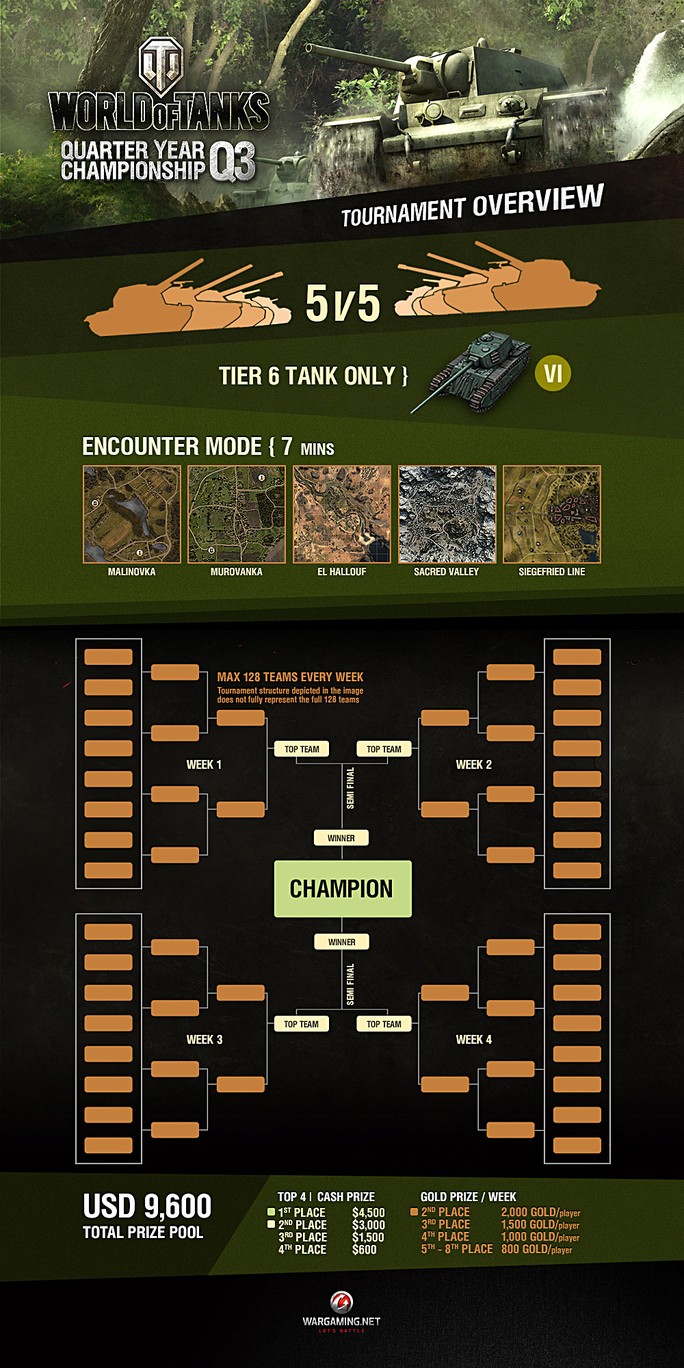 First place winners of the weekly tournaments will earn a place in the grand finals where a cash prize is guaranteed.

The following prizes will be awarded to each member of the respective teams, including reserves: