Welcome back everyone, KaRath is back with Campaign Diaries! It's been a while since the  Confrontation, so let's jump back into it with the Iron Age campaign.

If you missed out on what happened last time, you'll see that I managed to (somehow) end up in the top 600, which was my goal! Then straight into prison (which wasn't the goal), but we've escaped in time to fight in Iron Age.

If this is your first campaign, I urge you to read my previous entries from last campaign - they contain some fantastic information on getting started in Clan Wars!

If you're looking for information on meta tech-tree tanks, how to set up equipment, and the justification for each equipment, you can find the guide in my last campaign diary!

I've also written articles on how the flow of the campaign went, along with guides on how to bleed and how to brawl!

But enough about blasts from the past, let's set expectation and goals for this upcoming campaign!

So now that I've gotten a

Object 907 , two benchmarks in what to bring for Clan Wars alongside with all the meta tanks we were talking about earlier, what's the goal for this campaign?

Well, it's to keep sharp and competitive - campaign is a special time, where you get to play with a team for multiple battles and enjoy the camaraderie and banter for a couple of hours a night. So this social aspect is very important to me, especially as the community manager - what better way to know how the players feel about the game mode, by playing said game mode?

Additionally, my focus is on helping others within the game mode, by assisting and teaching through being there in battles and bringing my knowledge (okay, stop laughing you Clan Wars veterans) and experience into a clan, which, in this campaign, will be Flying Squirrels - I'll be taking a journey with them, seeing where it takes me.

This time around during the campaign diary, we'll be looking at three specific things:

My amazing colleague, BananaWeewa, will be going into even more specific strategies:

So if you're interested in those aspects, make sure you go across and take a look at his diary entries!

But for now, to my topics at hand! Let's start with how to deal with the Chieftain, followed by our first situational tank in our list!

T95/FV4201 Chieftain  has become the meta vehicle, and the hottest vehicle in demand, for multiple reasons. A platform that has maneuverability, hull-down ability due to fantastic gun depression, and good DPM for a Tier X Heavy, there's a reason why we see this tank so much. However, when going against it, it can frustrate players who are playing tanks like the

Object 277 , on how to damage and dig out the Chieftain. So let's take a look at the weak points (yes, there are a few), on the Chieftain!

We are using the Object 277 as a baseline of a vehicle, as it has both AP rounds and HEAT rounds as standard and premium ammunition. This is important information, due to the normalisation of AP/APCR rounds as well as the inability of HEAT rounds to go through spaced armour. So certain spots can work with HEAT rounds, and cannot work with AP. Pay attention to the scenarios below!

As always, the Chieftain has a cupola that can be penned. Worth taking a shot if the Chieftain is showing only the cupola and none of the turret ring. 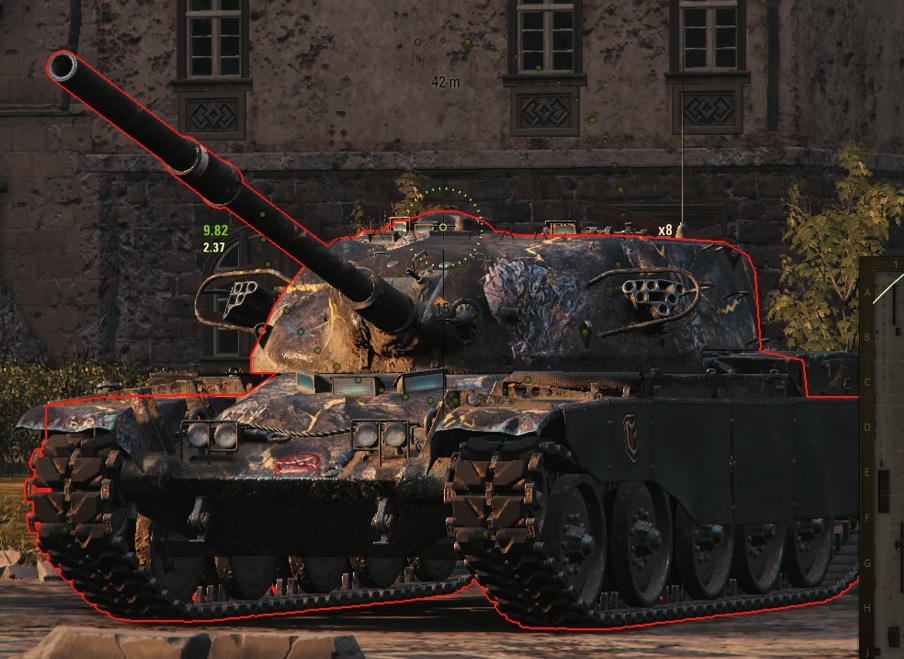 One of the basics taught in World of Tanks is to aim for the cupola, and in this case, the Chieftain still has this classic weak spot that has less than 200mm of protection.

Outside of the lower plate (the usual weakspot for all tanks), the upper front plate can be trollish at times. Make sure you utilize HEAT as the usual ammunition doesn't have enough cutting power to go through the upper plate consistently and ensure the tank is straight on against you. Firing at the upper plate when the tank is blading at an angle makes it a tough orange shot. 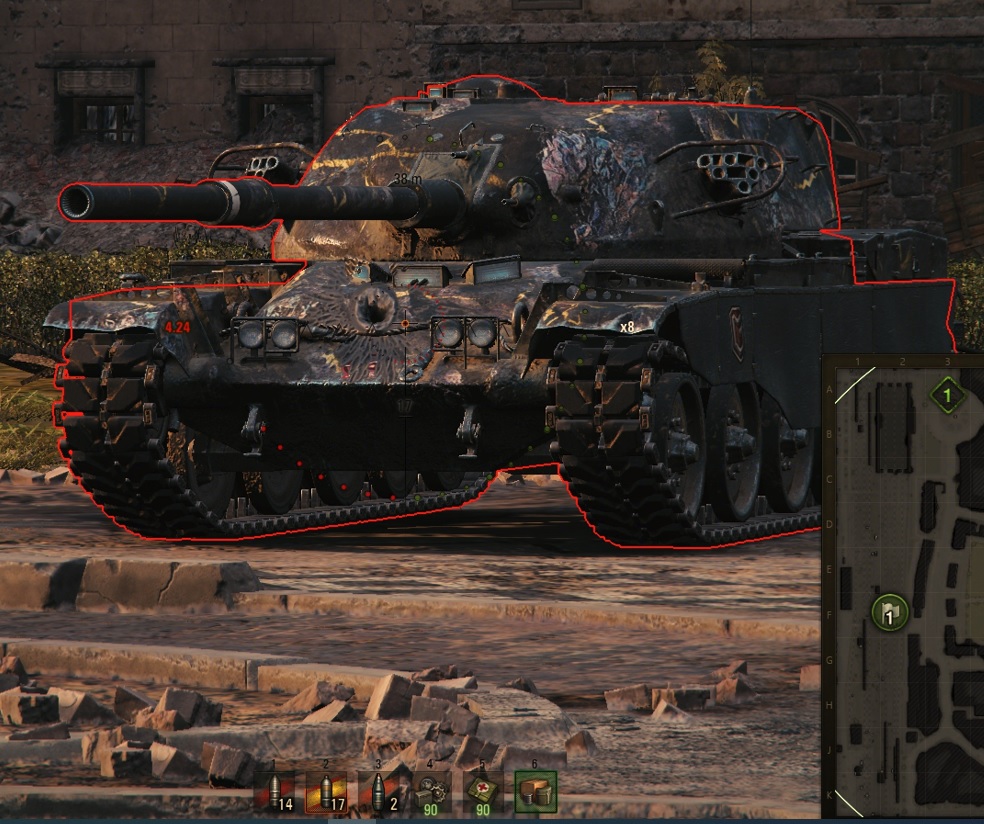 And finally, the strangest (and the source of rage for Chieftain players) is the turret ring - the area directly underneath the turret, where shots can jam the turret of the Chieftain and make them question whether or not they're actually playing a hull-down vehicle. 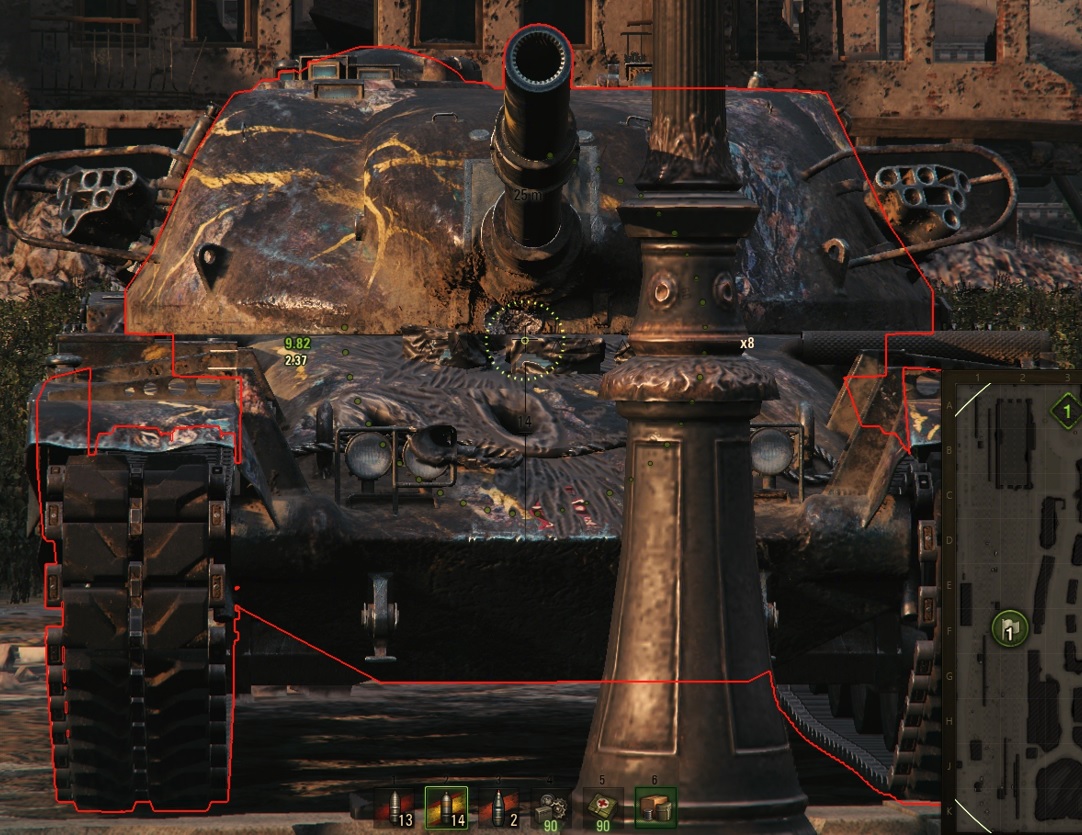 Not to be confused with the upper frontal plate, the turret ring is just underneath where the turret is welded onto the hull - this can only be penned by high pen values, such as 340+! 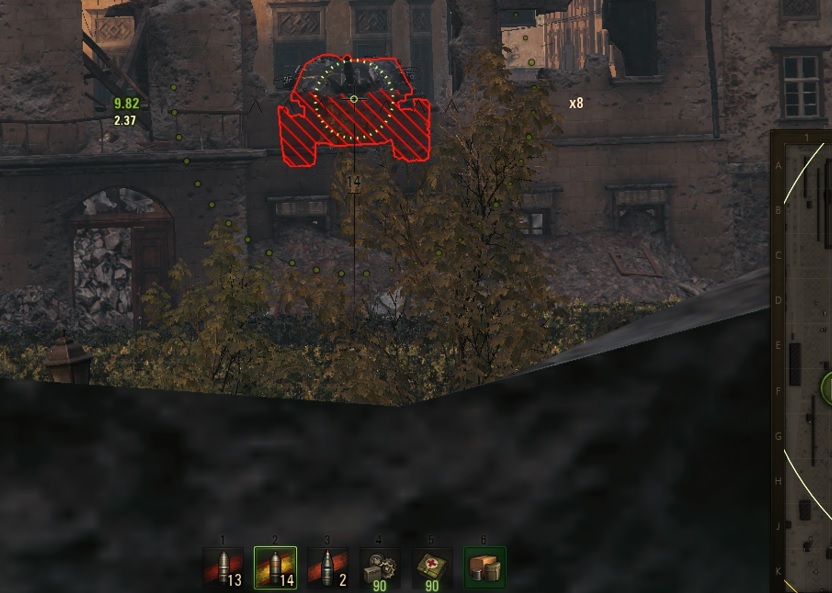 Just pen him hull down it's not a problem lol 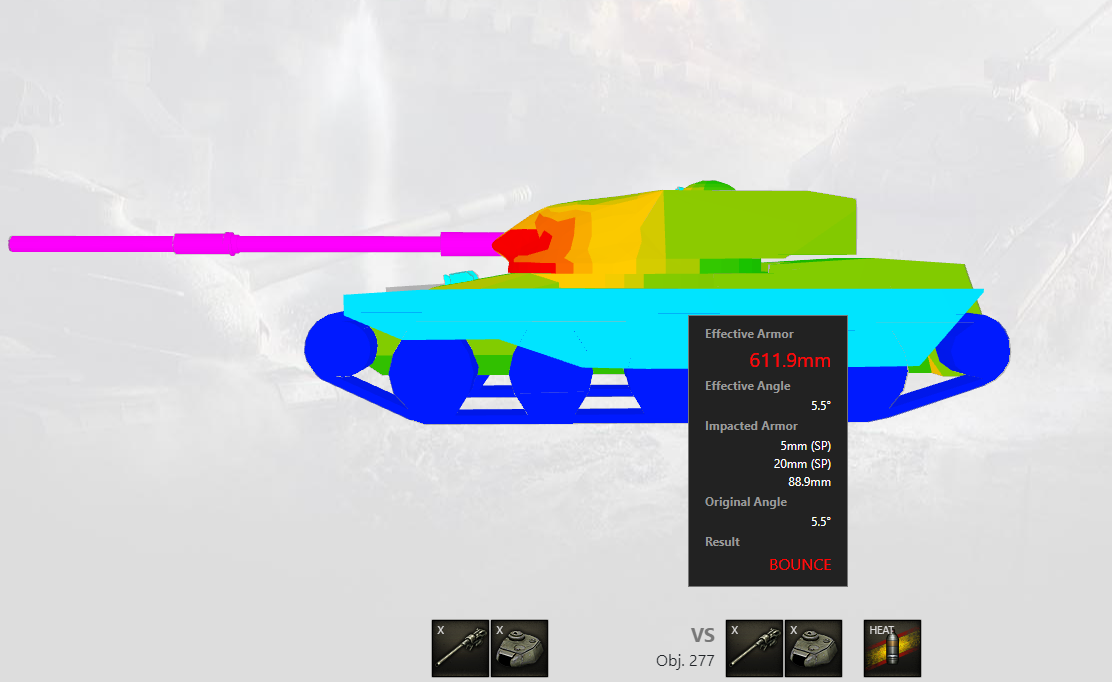 Don't use HEAT rounds and auto aim/center mass the side around this area of a Chieftain - remember certain tanks have side-skirting (like the Object 277). To penetrate, load the correct ammunition type, or manually aim lower to guarantee a pen, especially during brawls!

Just remember - you miss 100% of the shots you don't take - just go for the RNG chance and take it!

You may see the potent

AMX 50 B  run around in certain maps and/or games, depending on what the team is trying to achieve. But not every team runs it, and there is a reason why.

Consider this tank, when paired up or in a group, the ultimate ability of deleting tanks. With a clip potential of 1600 in under eight seconds, this makes the tank absolutely lethal to isolated vehicles, or tanks which have their flanks exposed.

But despite the power of this vehicle, you may only see it during urban maps, or very rarely in open maps. There's a lot of issues with running with this vehicle, including:

Countering the AMX 50 B

So now you know the strengths and weaknesses of the AMX 50 B - how do you play around it in Campaign, especially with Fog of War when you're uncertain if the AMX 50 B is or isn't in play?

It'll come from experience (especially on maps like Himmelsdorf and similar urban maps like Ensk, and Ruinberg). You'll need to see what tanks have been lit, what positions are being taken by the enemy team, and whether you'll fall into a trap or not. This is especially important as wing players, where you'll oftentimes need to figure out whether the enemy team is actually relinquishing a position, or if they're baiting you in to be deleted by a couple of AMX 50 B's.

When you're in a brawl, you'll need to be aware of the potential of AMX 50 B's coming in on the flank. If you notice them driving in, try and get safe from a crossfire, and always be aware of your positioning so you're trying to only engage one target at a time versus two targets at a time. Be mindful of which angles exist, and which ones you can get punished from. This all comes from playing more and being aware of what angles AMX 50 B's can utilise, especially with their taller turret!

That's it for this installment of KaRath's Campaign Diaries. Check back for more tales of my adventure in the Iron Age Campaign!