The holiday season is a period that we all enjoy. For soldiers who have been deployed away from their loved ones, hearing the words "Merry Christmas" and "Happy New Year" would have been a way to feel closer to home.

Each army celebrated Christmas in their own way. There were many troops who fought even during the holiday season, in the face of the cold reality of war.

Here are some heartwarming images we've found to show how soldiers spent Christmas on the battlefield during wartimes.

Let us travel back in time... 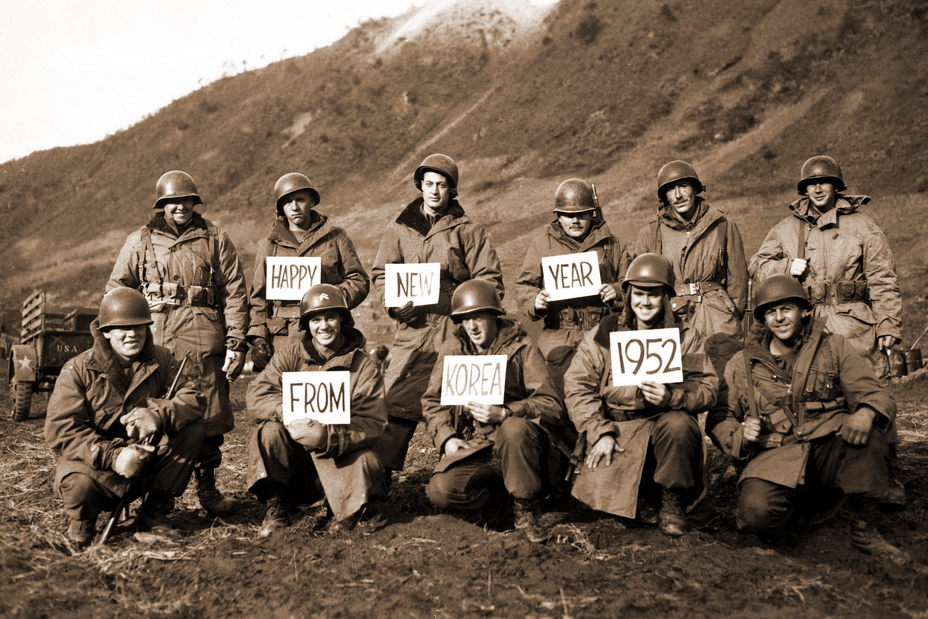 1952 Korean War - A picture of the US military celebrating the New Year, taken for their family and friends at home. 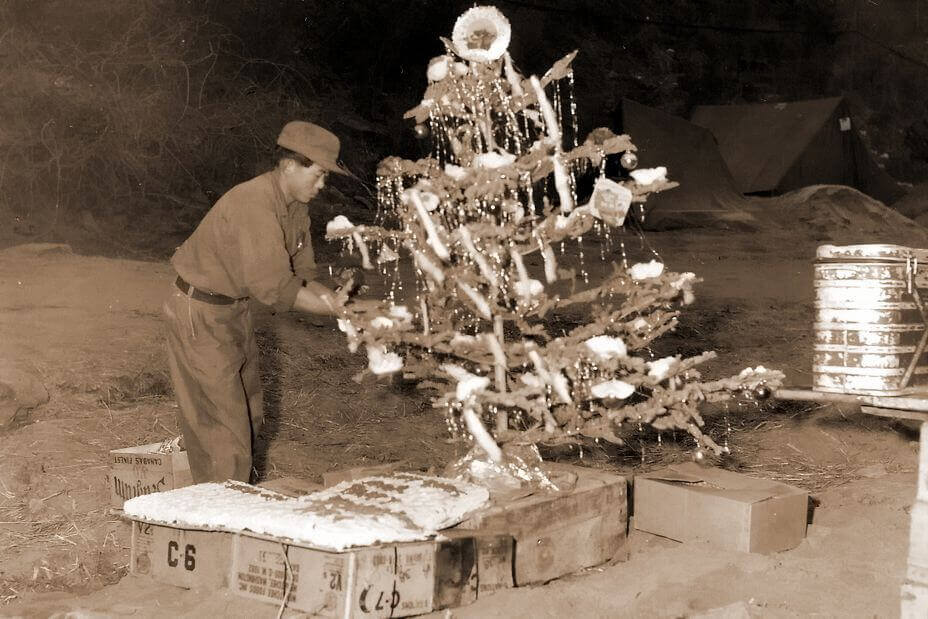 December 25, 1951 Christmas, Korean War - A Korean soldier decorates the Christmas tree. Instead of ornaments, they decorated Christmas trees with cotton and cigarette packs. 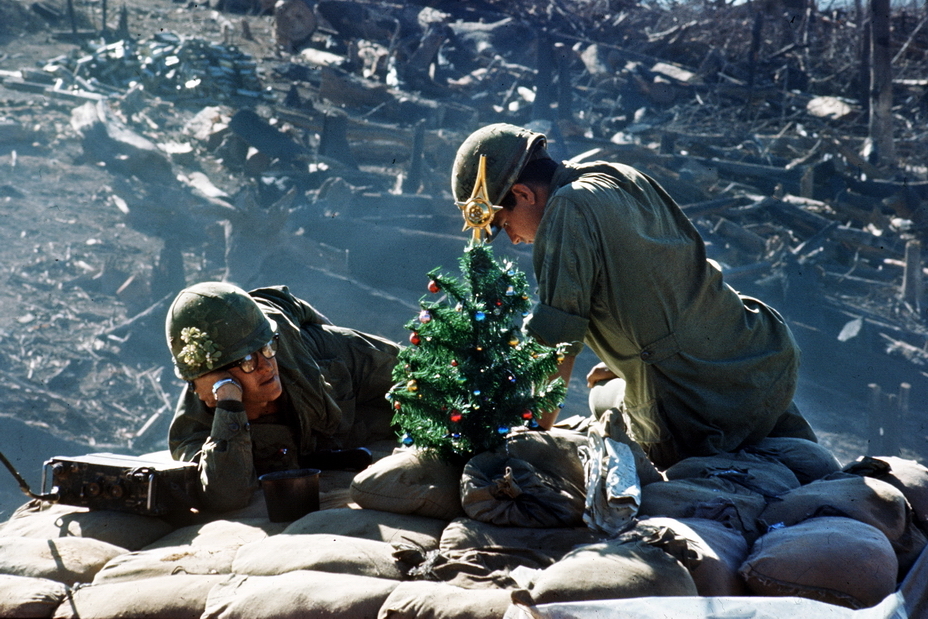 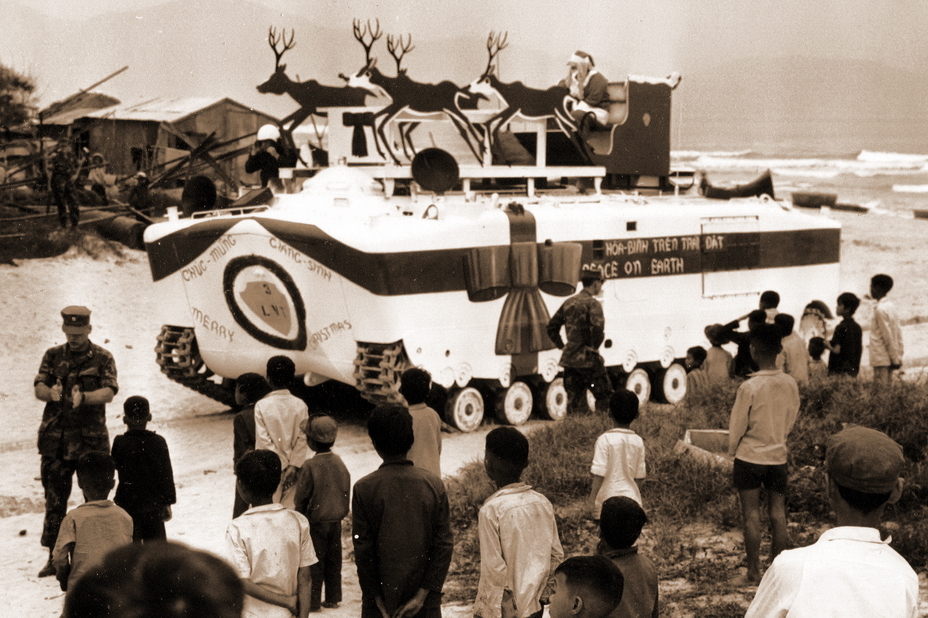 Vietnam War, December 23, 1969 - US Marines deliver Christmas gifts for children in a fishing village in Vietnam. Santa arrived in an amphibious LVTP-5 armored vehicle decorated with a sleigh with raindeers. 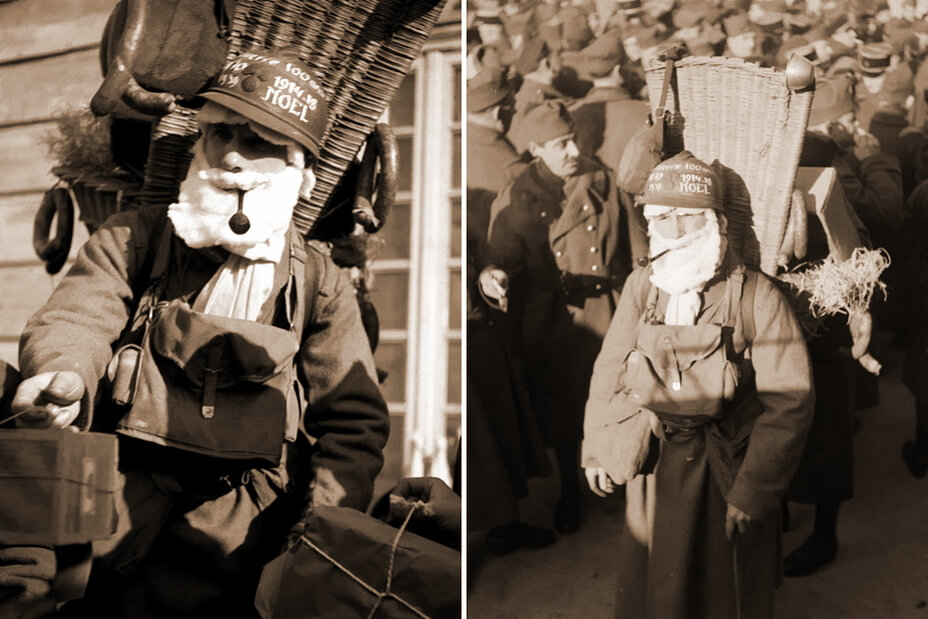 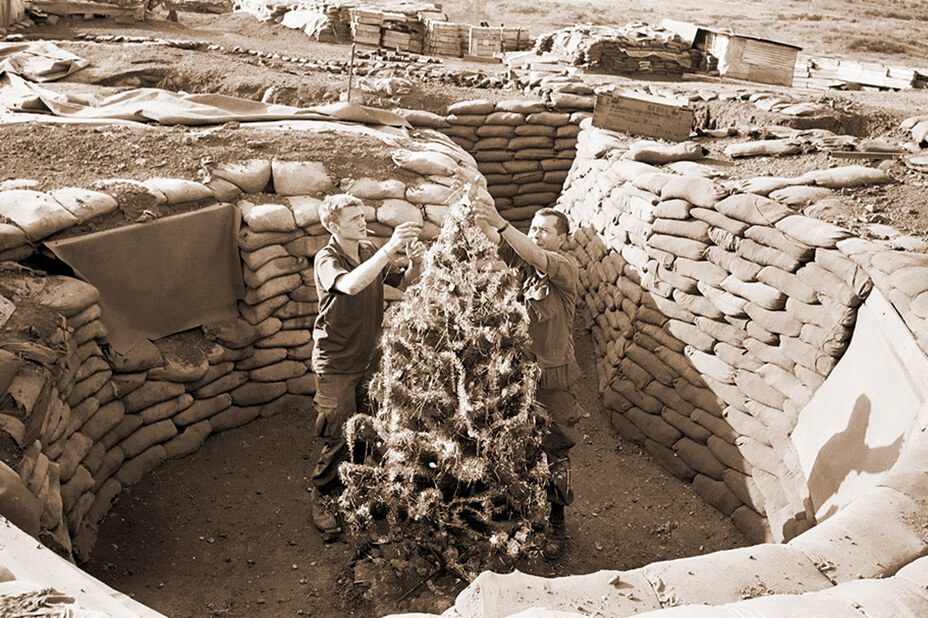 Vietnam War of 1969 - US soldiers erect Christmas trees in trenches instead of mortars. 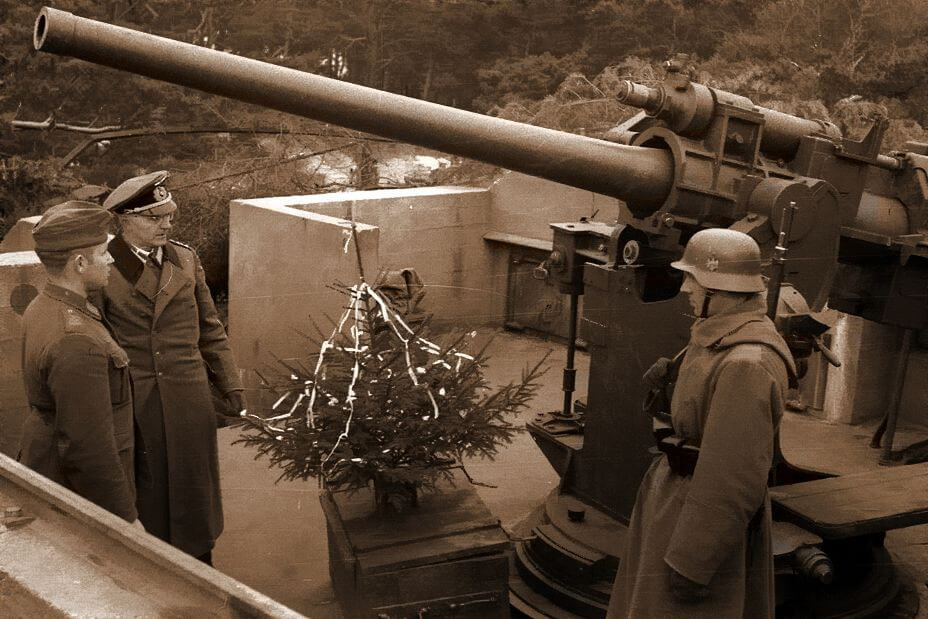 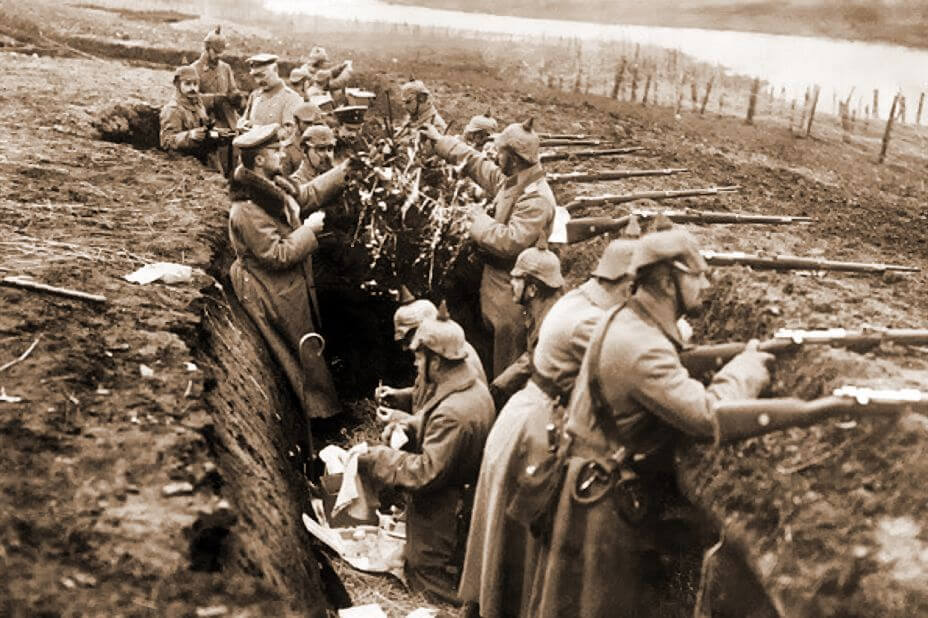 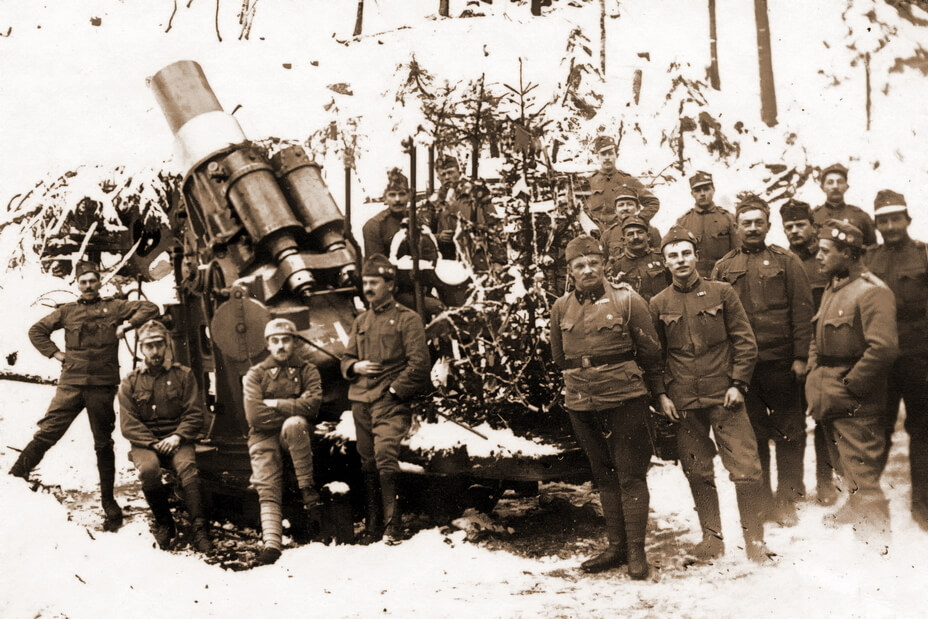 December 1914 - Hungarian soldiers put up the decorated Christmas tree next to the Skoda M.11 305-mm mortar . 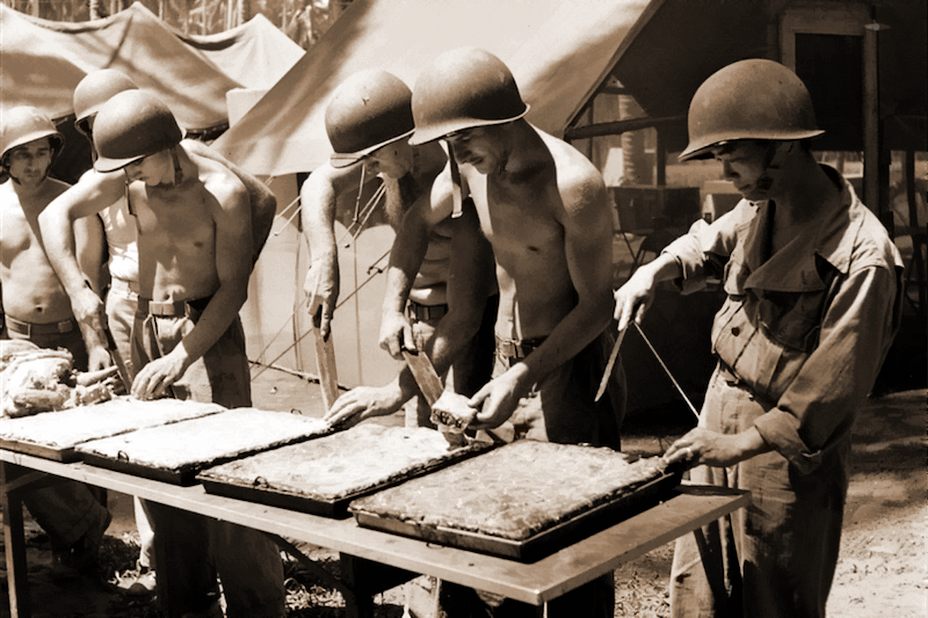 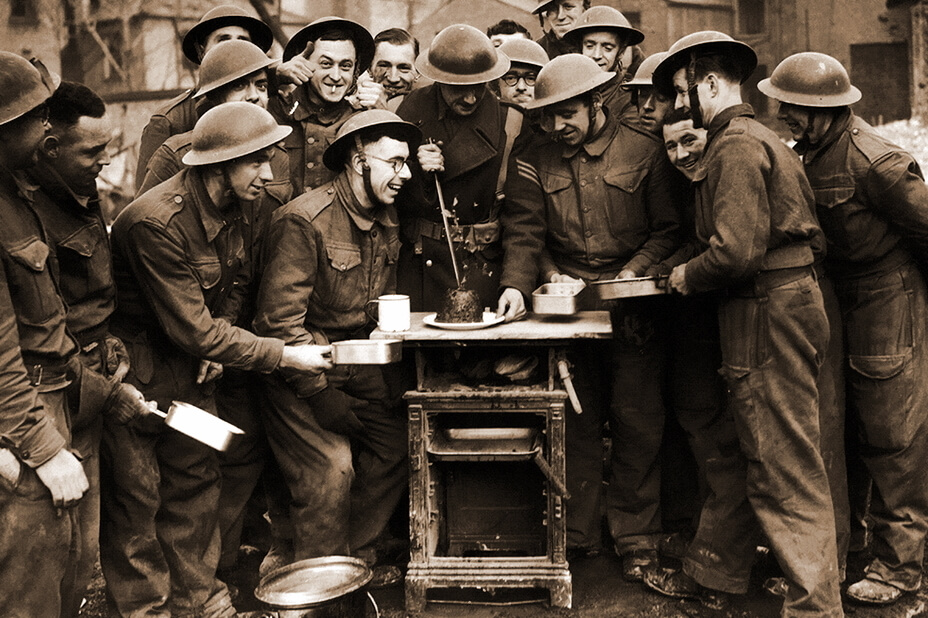 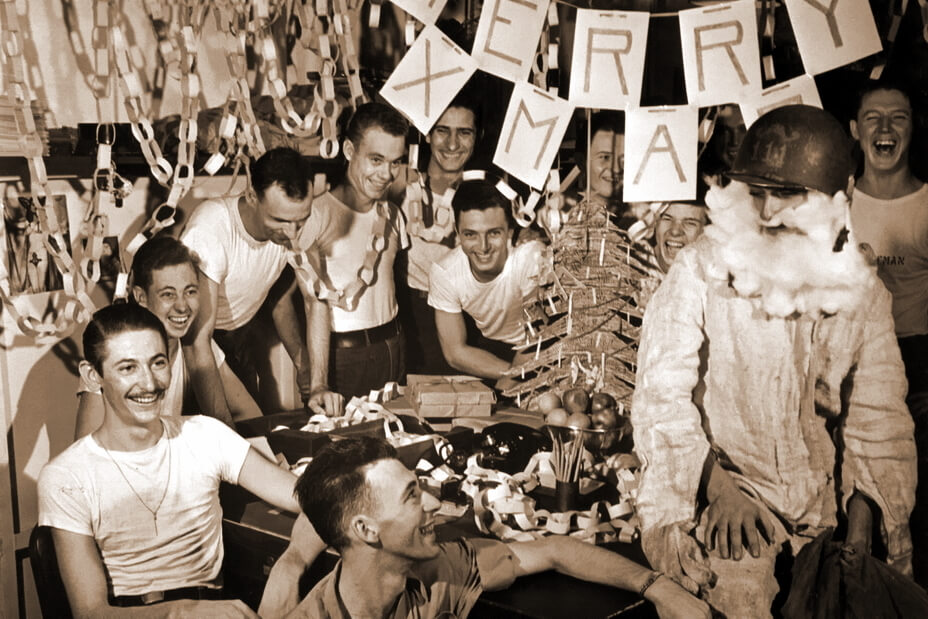 Late World War II - US soldiers celebrate Christmas on the Lexington aircraft carrier. They celebrated Christmas with paper chains and a paper Christmas tree, with one of the soldiers dressing up as Santa Claus with a helmet on his head.