Winter is an annual headache for the army. The soldiers need warm uniforms and heated housing, equipment needs non-freezing lubrication and special fuel for the cold weather. In addition, in winter it becomes much more difficult to conceal soldiers and equipment on the ground. The dark silhouettes of people, tanks, guns are striking in the snow. It makes it easier to be spotted not only during the day, but also during winter nights, which are often bright.

Soldiers on duty at this time of the year receive special camouflage robes that are worn over their uniforms, and the equipment has to be repainted. The transition to the "winter palette" has its own characteristics and rules.

The answer to the question of how to make a tank inconspicuous against the backdrop of a winter landscape reveals itself: it needs to be painted white. This simple and trouble-free option, however, has its pitfalls. There are specific requirements that must be considered when developing a winter dye.

Tanks never left the factories in winter camouflage. It was applied to the troops, often by improvised means: chalk, lime and even salt.

Spring will come eventually, and you will have to get rid of winter paint when it does. So, the pigment must meet two opposite criterias at once. It should be relatively easy to wash, but at the same time stick to the base paint layer quite firmly, without falling off when the tank is shaking on rough terrain, when it is fired at, and withstand rain and runoff from snow. The dye should also be safe for the crew, and when dry, look like it could be snow.

For any paint used on military equipment, there should be one more important point that needs to be taken into consideration. It should disguise a combat vehicle from more than what the naked human eye can see. Even before the Second World War, the military began to use special equipment to look for these "invisible tanks". The tank, which seemed almost invisible, began to stand out sharply against the background of the terrain. So, it is necessary that camouflage paint does not show itself when the enemy uses such glasses.

In the USSR, dry white paint B fit these requirements and was made standard. It was made using natural ground chalk. During the war years, instead of natural ground chalk, they could use a surrogate - ground calcareous stone. The composition of paint B included hydrated lime, casein (a fixing element) and a special additive against corrosion. During World War II, pigments were also used in which chalk was diluted with rosin or wood glue, but they tried to use them only when paint B was not at hand.

The Wehrmacht command of the German army, hoping to do away with the Red Army long before the onset of cold weather, decided to order the winter paint later. So the order to start the production of easily washable camouflage paint appeared only on November 18, 1941. The industry simply could not provide all the German military units in such a short time. German tankers in the USSR had to do with improvised means: lime whitewash, rags of white matter and even layers of snow, rammed on the tank.

For the Allies in the winter of 1944–1945, the situation with the white dye was about as deplorable as the Germans had three years earlier. There was simply no paint in sufficient quantities. Again, what was at hand came into play: sheets, lime, chalk and even salt. Its strong solution, when dried, left thick white stains on a dirty olive background. The painting method was widespread, when the tank was covered with a scattering of shapeless spots to save dye.

Speaking of painting spots on the tanks, the rule is true that a solid white colour disguises worse than at least having some camouflage pattern. So even these self-made artworks hid tanks much better on the background of trees and other landscape details than a solid color.

The Scarcity of Camouflage in Winter

The matter was not limited to improvisation: army specialists worked on normal winter camouflage patterns, and the troops introduced them in military units as much as possible. In the USSR, tanks of the 1st Guards Tank Brigade of Mikhail Katukov can serve as one of the most famous examples of equipment camouflaged according to the rules. Despite the fact that the brigade fought in difficult conditions, reflecting the Germans' attacks on the near approaches to Moscow, in the compound they decided to pay more attention to disguising the equipment.

Katukovtsy used pre-war mesh camouflage. The tank was painted with wide white stains, and then a grid of thin diagonal white wheels was applied to the remaining green areas. Due to the fact that the pattern resembled the tread of a car tire, this camouflage was also called "wheel tracks". 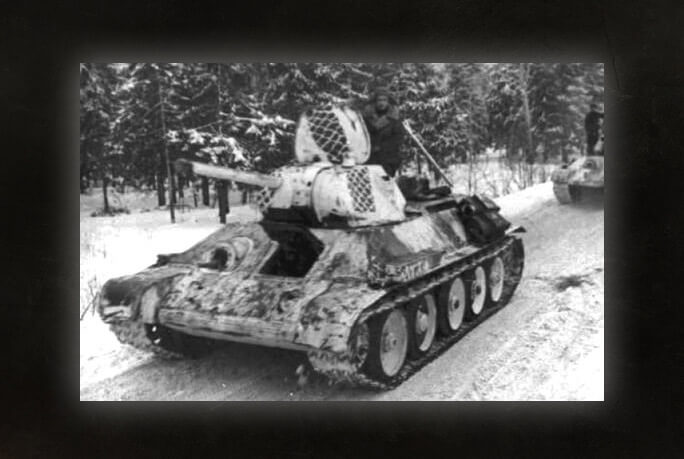 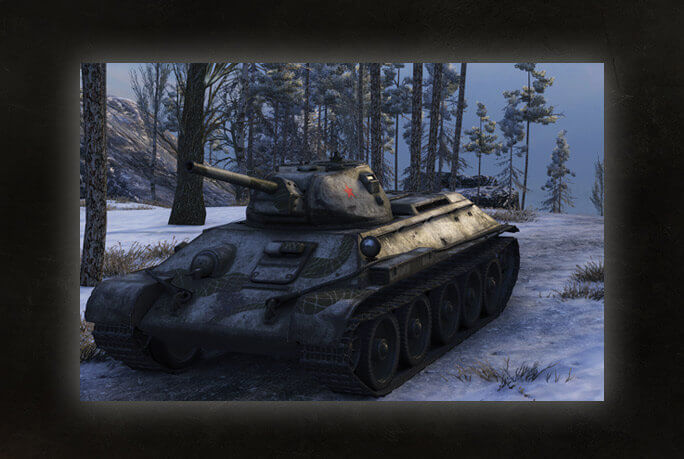 The German shortage of winter paint led to the two-colour camouflage pattern that was widely used on the German tank units. Wide white stripes were diagonally applied to the tank body over the standard black and gray color, which was used in those years as a standard for military equipment in Germany. Any white pigment that was at hand was used if factory paint was unavailable. 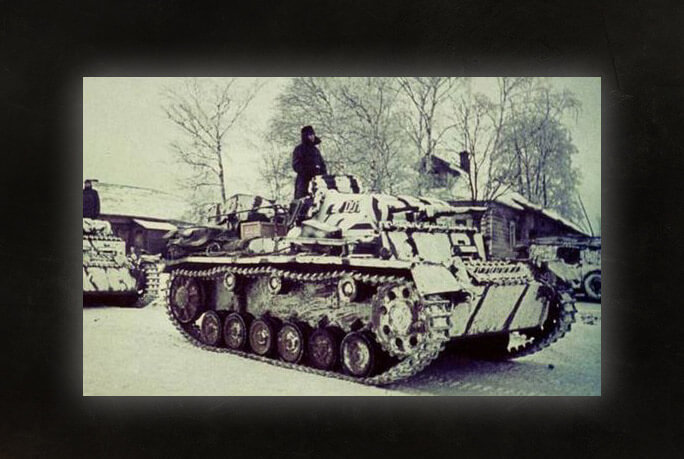 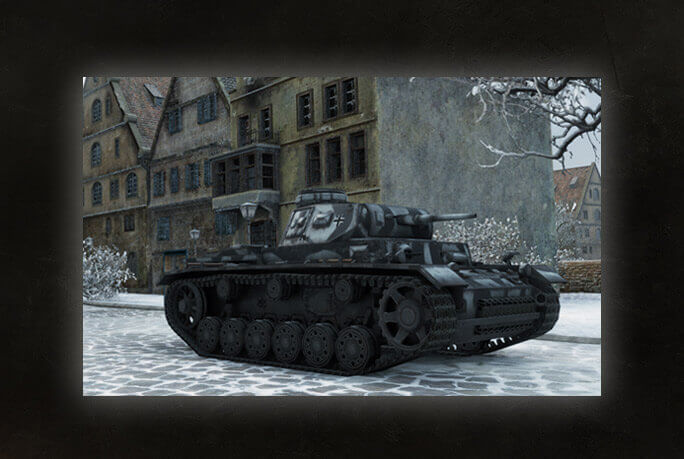 If we talk about winter camouflage patterns of the times of the Second World War more globally, then for all the armies that took part, a fair mess of camouflage patterns and patterns is characteristic. Winter camouflage chaos was not only the result of a shortage of white dye. It was also influenced by the understanding that winter is temporary and when the snow has melted, the tanks will again have to return to their original base color.

Finally, we have a few more examples of winter camouflage art from tankers of different armies.