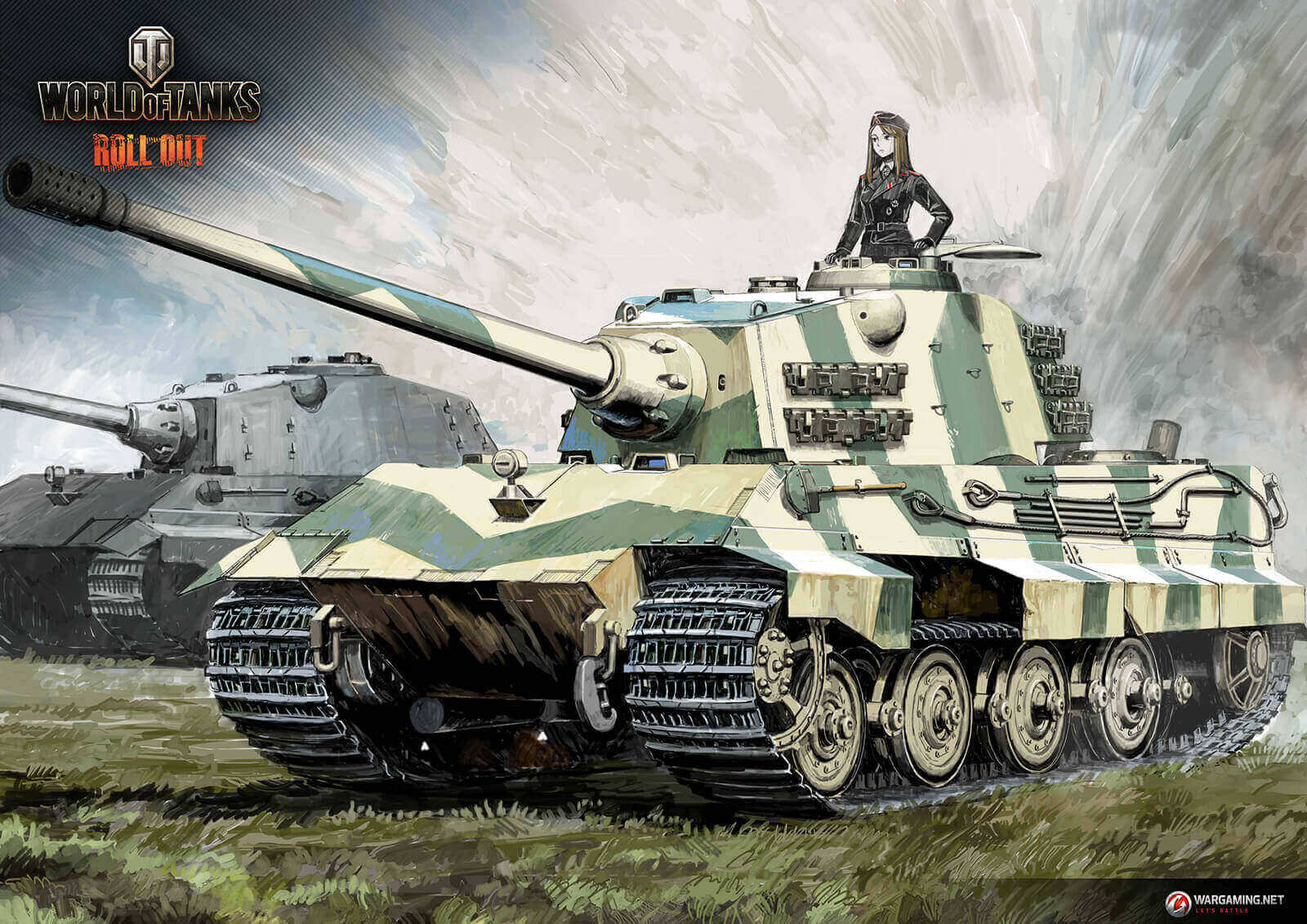 In part 9, Illustrator sdkfz brigns us the powerful looking heir to the famed Tiger II, which did not make it to the production lines in time for the war, the Tier X German Tier IX E 75.

Check out the massive form that follows the wake of the King Tiger!

From impractical fantasies to what almost became reality, vehicle like this which exist only as  plans never fail to interest me.

An improved Tiger II, what might have been called "Tiger III" is the E 75. The well-sloped wedge-shaped frontal armor and the coincidence rangefinder catches the eye. It became a favorite of mine after I saw it rampage about in the game.

About the Artist - sdkfz

In order to prepare for a drawn-out war after the blitzkrieg tactics failed to deliver a decisive blow against the Soviets, the German Army created a new department to create completely new tank designs. This department was to make full use of the information and experience from the battlefront as well as the production sites and the tanks to be created are what became known as the new “E Series” tanks. The “E” in the E Series stands for “Entwickeln,” which means “development” in German.

The object of the E Series was to create a radically new tank design. It did not intend to just create better tanks: the project aimed to meet the demands of both the battlefront and the production site by removing old ineffective practices to increase production efficiency. Aircraft manufacturers, component manufacturers as well as cooperative manufacturers were selected for the prototype production, but major tank manufactures such as Daimler Benz, Henschel and Porsche were excluded in order to minimize the burden the on-going tank production, as well as to make a departure from legacy practices.

In reality, this project aimed to organize the overextended German tank development process had countless obstacles. However, by converging all resources to providing adequate frontal armor and allocating more space in the fighting compartment, the goals became clearer.

One of such obstacles was solving the vertical vibrations by means of the wheel components. A key technology that allowed this was paired road wheel with powerful spring units. The torsion bars in use at the time were perfectly fine, but there were large merits in replacing the torsion bars with this new system, such as more room inside the vehicle and the possibility to place escape hatches on the vehicle floor.

Another task at hand was the separated engine and drive-train, which was to be placed together, instead of being separated to the front and the rear of the vehicle. By putting the transmission, drivetrain and the final drive all together inside the engine room at the rear, the powertrain that went all the way through the vehicle could be omitted, allowing more space inside the vehicle. This is close to the “power pack” concept of present day vehicles.

On top of concentrating on the two main objectives, the final goal of the E Series was to drastically increase tank production by focusing the previously disorganized and diffused tank designs into 5 designs from 1944 to 1945.

Of these designs, the E75 and E50 had many shared components in the suspension as well as the chassis. The turret ring size was also the same, so even though the gun was different, each could mount the other’s turret. The interior of the E75 was more cramped than the E50 due to the additional armor, and there were 4 spring units on 8 road wheels on the E75 compared to the 3 units with 6 wheels on the E50.

In the end, however, the E Series was never came to be. The going of the war did not allow the plan to get off the ground, and the manufacturers assigned for the job did not have the resources to make the prototypes. There were some progress in the development of the E25 and the E100, but only a blueprint was made for the E75. Because the ideals were too far ahead of the reality at the time, nothing was thought of the problems that might be encountered in the production stage. This may also have been the negative effect of excluding the major tank manufacturers from the development. The engine was also larger than planned, and if the development did get on track, the transmission and the engine probably would have been separated like on previous German tanks.

However, as expected of the latest German design, the technology sought for by the E Series pretty much foresaw the path postwar tank development will take.