Hey everyone, hope you're all having a fantastic week! With campaign halfway completed, there's some more lessons to be learned.

If you haven't checked out my last diary, you can pick up on more tips and tricks to deal with the current meta in Iron Age!

Hopefully the last series helped a lot with looking at dealing with "The Meta Tank" in the T95/FV4201 Chieftain. Another tank you'll be dealing with a lot of is the

At first glance, the vehicle looks intimidating. With a sizable HP pool, no lower glacial plate, and a menacing gun, it can be quite infuriating watching your shots bounce off this vehicle time after time.

However, just like anything in life, there's nothing you can't do if you put your mind to it. And the best way to learn about how to damage the Object 279(e) is by versing it until you understand where and why the weak points exist! Knowledge is power, after all. 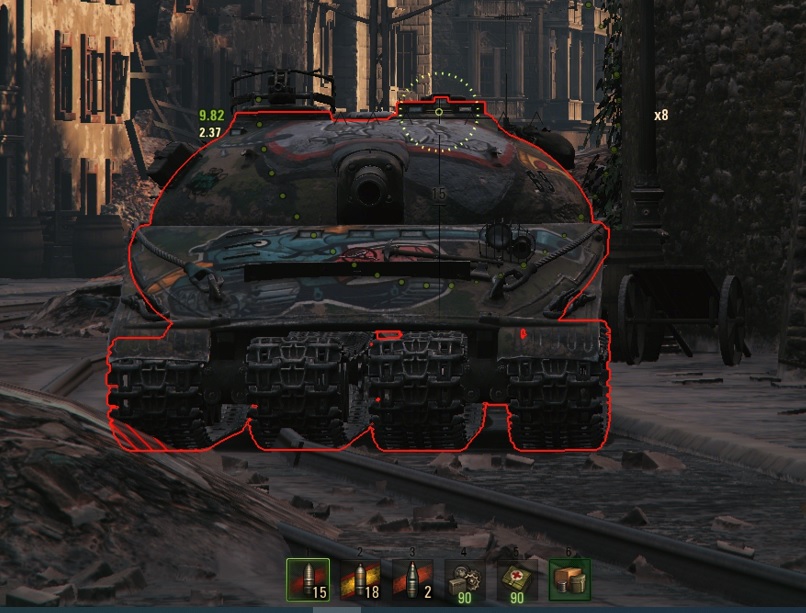 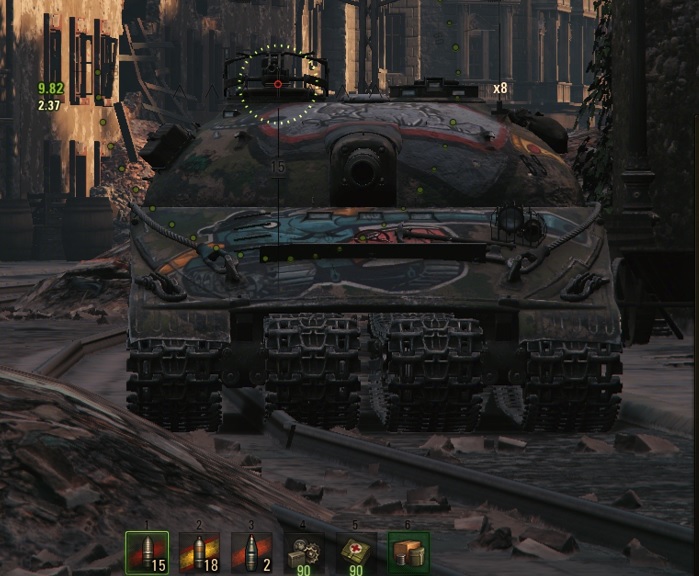 You can still pen the machine gun cupola if the left side cupola is hidden, but you can markedly see that it's smaller and harder to hit as a result.

Pay attention! The lower and closer to the centre of the vehicle (as per picture below), the less armour there is.

This is where you'll see the Object 277 aiming most of the time when fighting an Object 279(e) head on. 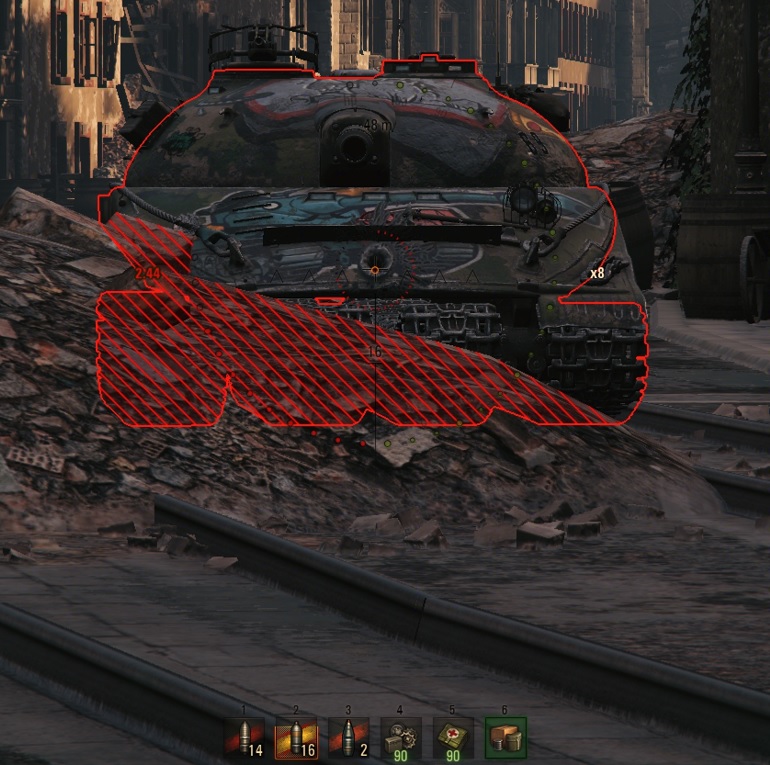 It's always going to be chance-based unless you're playing something with ridiculously high pen values - but hey, might as well throw the dice!

Super Conqueror ) have the high ground advantage, and at that point, it's all over for the 279(e), no matter how much you underestimate his power.

Taller tanks can easily go through the upper plate as the effective angling is reduced, and the effective armour value reduces to around 230mm - and it'll become a breeze for you to just absolute ruin the dreaded 279(e). 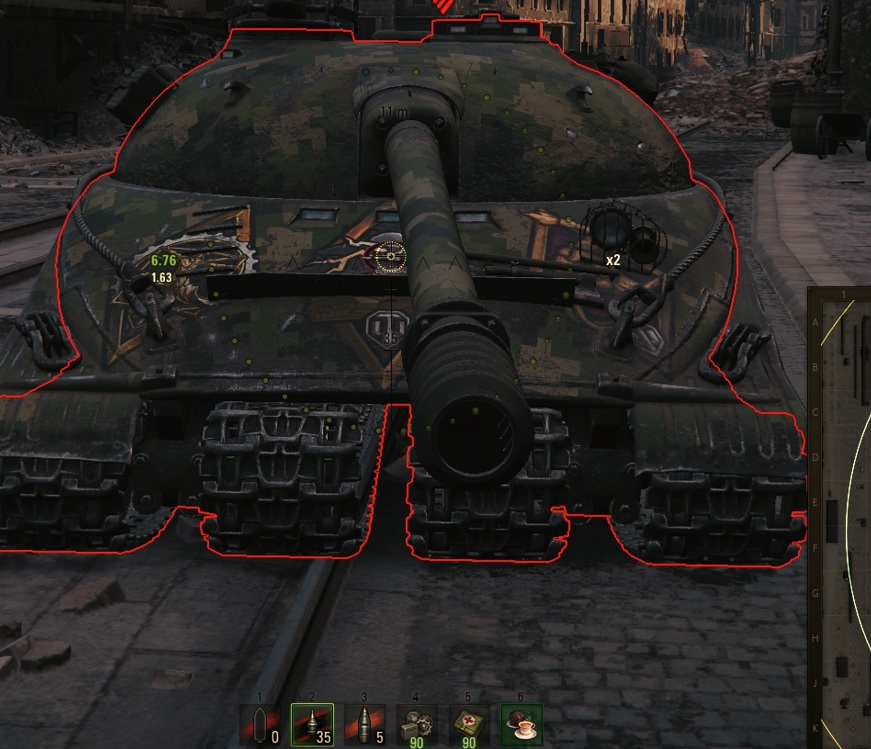 But the most dreaded situation is when a 279(e) is above you, or artificially increasing the effective value by angling the tank up, it becomes very difficult to try and damage the Object 279(e). There is, however, one slight weak spot that can be shot at - which is definitely worth having a go at if you cannot hit the cupola, or get a good shot on the upper plate.

The cusp/lip of the plate (where the hull just meets where the tracks) has a small and hard to hit weak spot when the tank is rocking up and down. It is easier to hit with HEAT rounds (as you can go through the underside of the vehicle) over APCR, but as you can see, it's definitely doable still from tanks like a Super Conqueror. 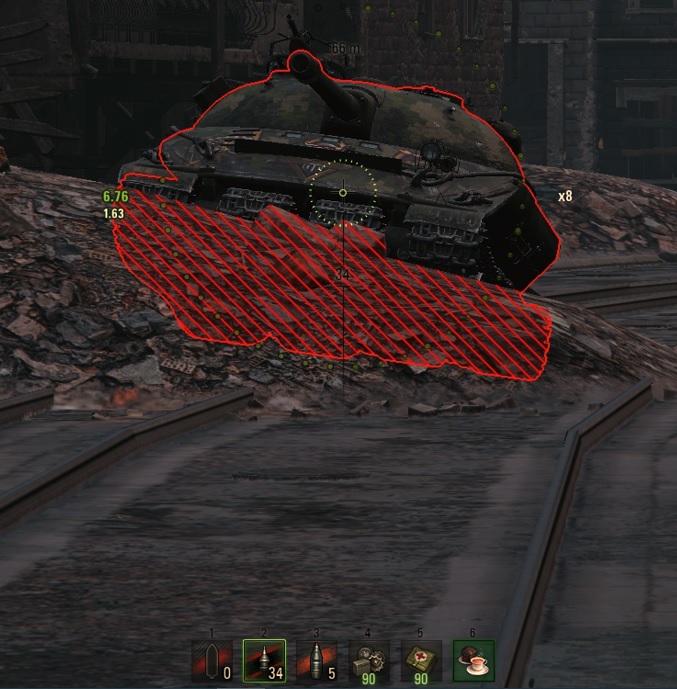 It's one of the hardest shots to make, and it comes down to practice and getting a little lucky at times.

Utilised by teams whenever they require extreme accuracy at distance, alongside the ability to have a turret, the

Leopard 1  can absolutely terrorise the opposition from a position where it remains unlit and can punish tanks that are not putting themselves behind cover quickly. However, just like the AMX 50 B in the previous entry, it shares a lot of downsides, which is why it's heavily situational and dependent on why teams are running it.

Consider it the ultimate sniper tank, covering your fellow clanmates while dishing out a world of hurt during a brawl.

So why would you use the Leopard 1?

Of course, there's a lot of problems with the Leopard 1 as well:

The good thing about fighting the Leopard 1 is two folded - you know when you're fighting it (due to the unique effect of having 420 alpha on APCR on Fog of War), as well as the fact it has no armour, so you'll just need to aim center mass and you'll pen the platform 99% of the time.

Remember, when fighting against sniper tanks driving into the brawl - you'll need to find cover from the position, while continuing to focus shots required.