As the dust settled after the Season Finals, our top teams enjoyed a well-deserved celebratory meal together, the friendly rivalry of the competition period now replaced simply by friendliness. The 3 lucky winners of our The Road to Taipei tournament were present as well, and were welcomed warmly into the fold by the players.

But for ARETE, our new APAC champions, it wasn’t all fun and games – their journey to The Grand Finals was only just beginning. Here’s what they had to say* in the aftermath of their 2-day battle for supremacy!

* interview conducted via an interpreter 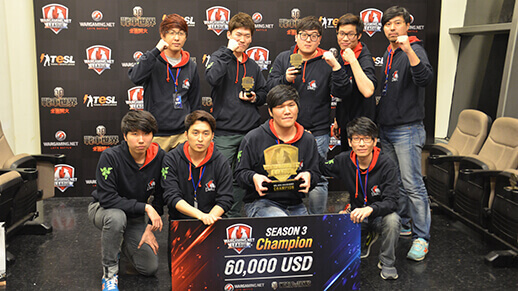 Q. Did ARETE expect this win, or was it a surprise?

A: They were expecting that they would win, probably because they’d won both Season 1 and 2, but along the way, having competed with ELONG at another international competition, they felt that ELONG is really strong as they’re a pro team practicing full time. For ARETE, they’re students, and some of them work as well, so they were a bit worried. But from competing with [the other teams] yesterday [on Day 1], they realized that there was a high possibility that they would win. And they did win.

Q. Yesterday’s win was 5-1, and today’s was 5-3. So what changed from yesterday in today’s strategy?

A: Yesterday [ARETE] tried not to reveal their strategies; they just wanted to test their personal skills, as it was just a ranking matchup. But today they used their actual prepared strategies, and made up even more strategies after watching the other teams play.

Q: Regarding their preparations for The Grand Finals – how have things changed with this win? Do they intend to wrap up their training, as it’s already confirmed that they’re going to Warsaw? Has their confidence increased? Or have they found a new tactic they can use against their opponents?

Q: What’s the biggest concern going to Poland and facing all these other teams? How will things change, considering they’re now somewhat veterans after having won Seasons 1, 2 and 3?

A: They’re a bit worried about that, since they still have to practise, but they also have their actual lives [to deal with]… Also, when they compete with other teams, it’ll be really tense, so they’ll try not to get too tense when they perform.