The Grand Finals – Interview With The EU Teams

Get to know the European representatives at the Grand Finals.

Team Schoolbus came a long way before we became what we are – we`ve had our ups and downs, we`ve changed players and play styles. Everything we did had a single goal – to become better until the point when we will challenge the strongest teams of the world at the Grand Finals. We rely on our skill and flexibility when playing the game which we have achieved by playing together for a very long time. This entire time we`ve had an awesome experience of communicating with other teams and players as well as both WG and ESL staff, we`ve made a lot of friends and great time on LAN events. This game is not just about fame and money, it’s also an awesome community which goes along you every step of the way – you always have friends, fans and just random people cheering for your team, which boosts your moral and dedication, and we are thankful for that. We will do our best to become the best and have as much fun along the way as we can. See you on the battlefield! 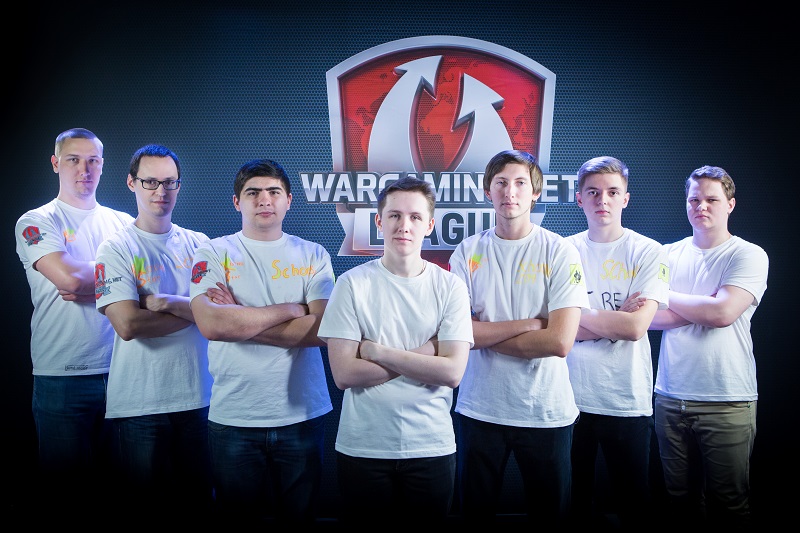 Team Virtus.pro is one of the oldest in “Tanks”, its roster has changed many times looking for better players. Only one player from the original roster is left. A continuous process of changes and improvements – allows the team to always be one of the favourites for any tournament. However, our team has made mistakes several times or was a little weaker than our opponents, so we’ve placed 2nd or 3rd, letting the tournament champion title slip from our hands. It has happened a few times because of our underestimation of the opponent’s strength. We will arrive to the Grand Finals simply as one of the 12 teams. We hold no assumptions on how strong or weak we are. We will try our best against every team. There is no need to ask – “which place do you want?” Any player will always answer the same – “I want to be the champion”. The results of our hard training will show on 25th-26th of April in Warsaw. Playoffs Single Elimination format does not tolerate mistakes. This will make it more interesting for the viewers watching the matches and will make it harder to predict the winner. Moreover, this will make it much harder for the players, because every team has only one chance to prove that they are better than their opponents.

We will try our best to show what we are capable of and make our fans happy. Cheer for us and support us in Warsaw. If you cannot attend the event, then definitely watch the streams of the tournament on the official channels. It will be the most amazing tournament in the eSports history of World of Tanks.

I want to thank our organization – Virtus.pro, which took all of the organization trouble upon itself and is helping us with everything we need. We feel confident about the future. Thanks to all this, we completely devote ourselves to training without any distractions.

Special thanks to our main sponsor - BenQ, with whom we are working productively for many years.

Good luck to both teams!