Welcome to The Game Plan! In today’s edition, The Coalition – Singapore’s very own Crazib will give you an introduction to the WZ-111 model 1-4, a Tier 9 Chinese heavy with the heart of a brawler and a beautifully high-powered gun to match. Add to that its strong, bouncy turret armour, and you’ve got a beast of a tank that’s perfectly built for getting up close and personal with. Read on to find out how to play this one to its strengths!

The WZ-111 model 1-4 is a Tier 9 heavy tank from the Chinese tech tree that I have personally enjoyed playing while grinding to the Tier 10 Chinese heavy tank, the 113. In this guide I am going to explain how and why the WZ-111 model 1-4 should be respected on the battlefield. 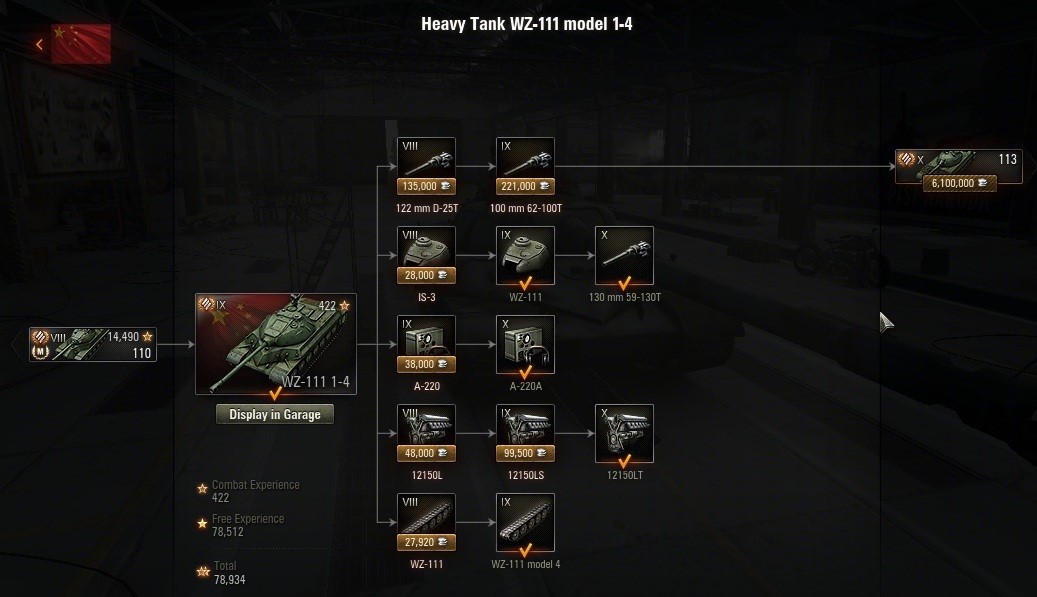 So, the order of research: 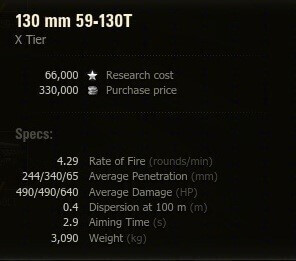 Researching the 130mm gives you a huge upgrade in your gun’s alpha and penetration stats. It has one of the highest alphas of 490 for a Tier 9 heavy tank which is competitive even in tier 10 matchups. It has a total of 40 rounds, which u can mix and match your preferred ammunition loadout.

It outputs 4.29 rounds per minute, which means that with Rammer and Brothers in Arm perk you can achieve a reload of 11.81 seconds. Use this reload time to duck into cover, and peek back out to inflict the pain on your opponents.

The 130mm gun gets 244mm worth of penetration for its AP rounds, and a whopping 340mm worth of penetration for its HEAT rounds. Dealing with heavily armoured tanks should not be a problem as long your shots are aimed carefully. If you are using HEAT ammunition, try not to shoot into tracks and spaced armour as they will absorb HEAT shells and doing zero damage. The high explosive round, though it has a low penetration value of 65mm, has a meaty alpha damage of 640. Against softer targets like the WTE100 line, you can use the high explosives to deadly effect – extra damage and a higher chance to knock out crew and modules.

However, the gun’s accuracy is below average at 0.4, and its aim time is moderately long at 2.9 seconds, which makes the WZ-111 1-4 better suited to close-quarters combat.

Gun depression is -5 degrees, which is actually workable for a low-profile heavy tank, as long as you do not crest ridges, and gun elevation is a comfortable +23 degrees.

The WZ-111 1-4 is one of the faster heavy tanks – you can quickly get into key chokepoints with its 50km/h top speed and reasonable 13.42 power-to-weight ratio. In a downhill race, or once you gain enough momentum, a WZ-111 1-4 might even find itself ahead of some slower medium tanks. Sure, you would not be able to out-climb medium tanks on a hill, but you will definitely be able to beat most heavy tanks. The tank’s acceleration is actually better than that of most heavy tanks of its tier, and its reverse speed is 15km/h, which allows you to pull back reasonably quickly into cover after you take every shot.

As you can see in the GIF, my WZ-111 1-4 had a damaged turret, but I had no problems engaging a flanking medium by turning my turret and hull together.

The WZ-111 1-4’s terrain resistance values are actually very good for a heavy tank of its tier, and it can move around easily on different types of terrain.

For most heavy tanks, their armour is what makes them last in the battlefield, so let’s find out how the WZ-111 1-4 fares in this department.

As we can see here, the WZ-111 1-4’s strongest armour is found at the front of its turret; it does however have two very prominent cupolas, which are its weak spots. Also, while the upper hull is well angled, it does feature a shallow pike nose, which means that you can’t really angle in the WZ-111 1-4. You have to be careful of Tier 10 guns that shoot premium ammunition at the upper hull, as it can be penetrated with ease.

Be extra careful of taller tanks shooting down your upper hull as well, as this makes the angling on it less effective, lowering your effective thickness.

Try to hide your lower plate at all costs, as even lower tier guns can penetrate it with ease. 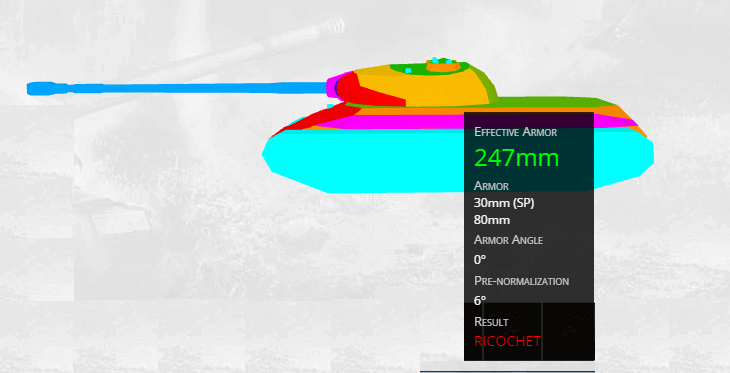 The WZ-111 1-4 does have 30mm spaced armour located at the side of the hull, as highlighted in the pink portion on the picture above. Depending on how you position the WZ-111 1-4, the armour values on it vary from 200mm – 280mm; however, the side spaced armour is not a reliable way to bounce rounds, as part of the side armour is not covered by the space armour.

1: Find hull-down positions, but try to make irregular movements on your turret, so that opponents have a hard time shooting your cupola weak spots.

2: Always point your upper hull straight at your opponents, as it has a pike nose. Angling the upper plate will cause one side of the pike nose to be weaker than the other side. If you have to angle the upper plate, try to hide the flattest part of your armour with an obstacle.

3: Sidescraping is a good defensive option if you can find hard cover from which to engage your opponent.

4: Face-hugging is an option if you have no terrain to hull-down from, or if your opponent is engaging you aggressively. But just be careful of face-hugging tanks that have a taller profile then you, as they can shoot down at your cupola or your turret roof as shown in the GIF below. If you have no option but to face-hug, make irregular movements with your turret.

5: Opponents aiming at your lower plate? Wiggle your hull to increase the chances of shots being absorbed by your tracks.

Overall, the armour on the WZ-111 1-4 is decent, but it does have obvious weak spots that opponents can take advantage of. Try to find strong positions to hide those weak spots.

Quite a standard loadout for consumables if you value crew and module protection and recovery of damaged/dead modules or crew members. The WZ-111 1-4 does have a chance to catch on fire if it’s shot on the front of the lower hull – that’s why the Automatic Fire Extinguisher is mandatory.

However, if you find yourself low on credits, you can swap the Large First Aid Kit and Large Repair Kit for their small versions. 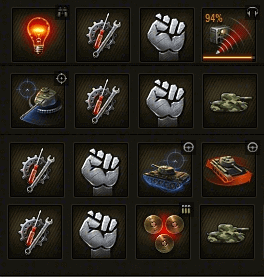 From top to bottom and left to right

Smooth Ride and Snap Shot helps in minimizing the 130mm gun’s aim time, so that you will have a smaller window of exposure while firing.

Clutch Braking helps in increasing the responsiveness of the hull, so that you can deal with flanking tanks much more effectively.

Safe Stowage is a big must for the WZ-111 1-4 as it does get ammo racked frequently if damaging shots land on the upper hull.

When I play the WZ-111 1-4 I often ask myself: “What tanks on the opponent’s team am I going up against, and what can my tank do to fill in the gaps in my team’s line-up?”

If the WZ-111 1-4 is needed to quickly choke a key position before my slower heavy tank teammate arrives, it can do that. Needed in a spearhead assault? It can also lead the charge. Basically, the WZ-111 1-4 is versatile because of its combination of mobility and armour, plus it has a painful stinger of a 130mm gun that can put the hurt on any who oppose it. Because of its good top speed of 50km/h, it can actually take on medium tank positions, and bully other medium tanks with its alpha damage and armour. But do take note, the hull armour on the WZ-111 1-4 is not that reliable, so do expect to take some damaging shots in return if you are up against equal or higher tier tanks.

Overall, the WZ-111 1-4 is a rewarding and fulfilling heavy tank to play because of its flexibility – it works well in both heavy and medium tank roles.