TanksAsia Masters Season 2 Finals review: The Birth of a Champion

TanksAsia National Series was introduced for the first time during TanksAsia Masters Season 2, where the representative of each country secured a ticket directly to the playoffs without having to climb their way up the harsh ladder system which saw dozens of teams ousting one another week after week for 2 months. Despite the "shortcut" advantage, as the old saying 'haste makes waste' goes, all the country teams bowed out of the tournament during the playoffs due to their lack of combat experience.

The semi-final and grand final of TanksAsia Masters Season 2 was held at Taipei Game Show 2014, a popular gaming event which is held in Taiwan annually. This was the first time that the tournament was held in Taiwan and Wargaming was onground to bring visitors 5 days of exciting activities. (Read about Day 1, Day 2, Day 3, Day 4, Day 5).

Besides the familiar World of Tanks, all visitors got to experience World of Tanks: Blitz first hand on mobile device and World of Tanks: Xbox 360 Edition on console. On top of all that, they also had the opportunity to meet the glamorous WG Girls as well as watch the pros in action during the exhilirating TanksAsia Masters Season 2 Finals! 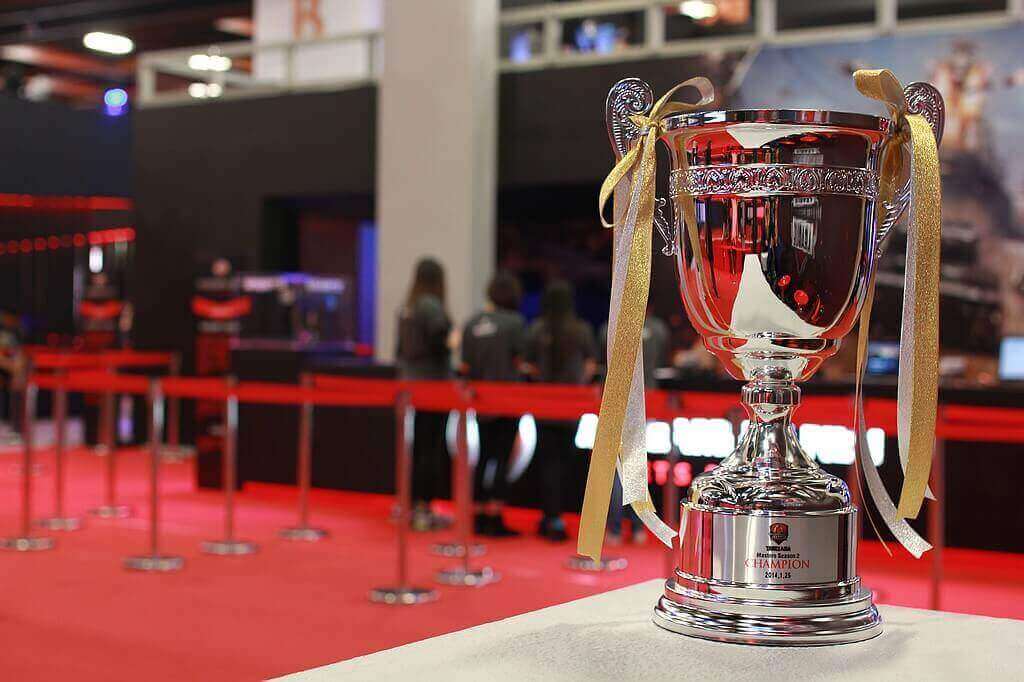 A day before the tournament, the three teams sat down to have dinner together in a restaurant. The atmosphere was very friendly as most of the players already knew one other from Open Season, so the players socialised over delicious food and drinks like old friends. During the banquet, the players also provided many helpful suggestions and opinions about World of Tanks tournaments.

First up for the semi-finals, PVP Super Friends went against Team Efficiency. Many spectators jostled in the crowd in front of the stage to get a good view while the VIP area of the Wargaming booth was filled with media and press from all around the world. A live online stream was provided in Mandarin to cater to the majority of the Taiwanese players.

When the game commenced, both teams entered into fierce combat. As these are elite teams made up of professional WoT players, every shot fired never missed its target. After an intense 3 matches, PVP Super Friends clinched victory and secured a place in the Finals to challenge Insidious Gaming for the champion title. 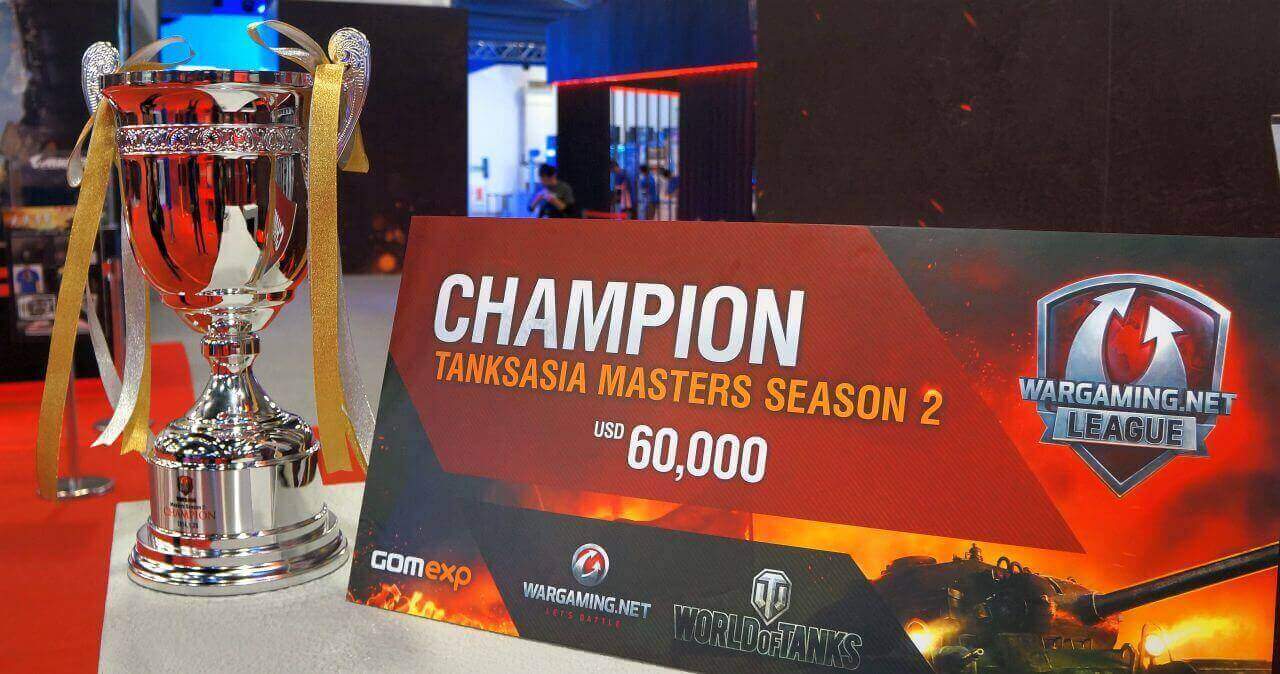 Saturday saw a throng of visitors making their way to the Wargaming booth to watch the grand final, where PVP Super Friends and Insidious Gaming gave the crowds a grand display of their prowess during the matches. As the prize for the champion was a staggering USD 60,000, the combat was extremely fierce with neither side showing any signs of backing down. PVP Super Friends managed to gain a lead by winning the first 2 matches, but Insidious Gaming soon caught up to tie the score in the following 2 matches. Owing to their flawless tactical decisions and combat skills, PVP Super Friends went on to clinch 2 more victories to become the champion once again. 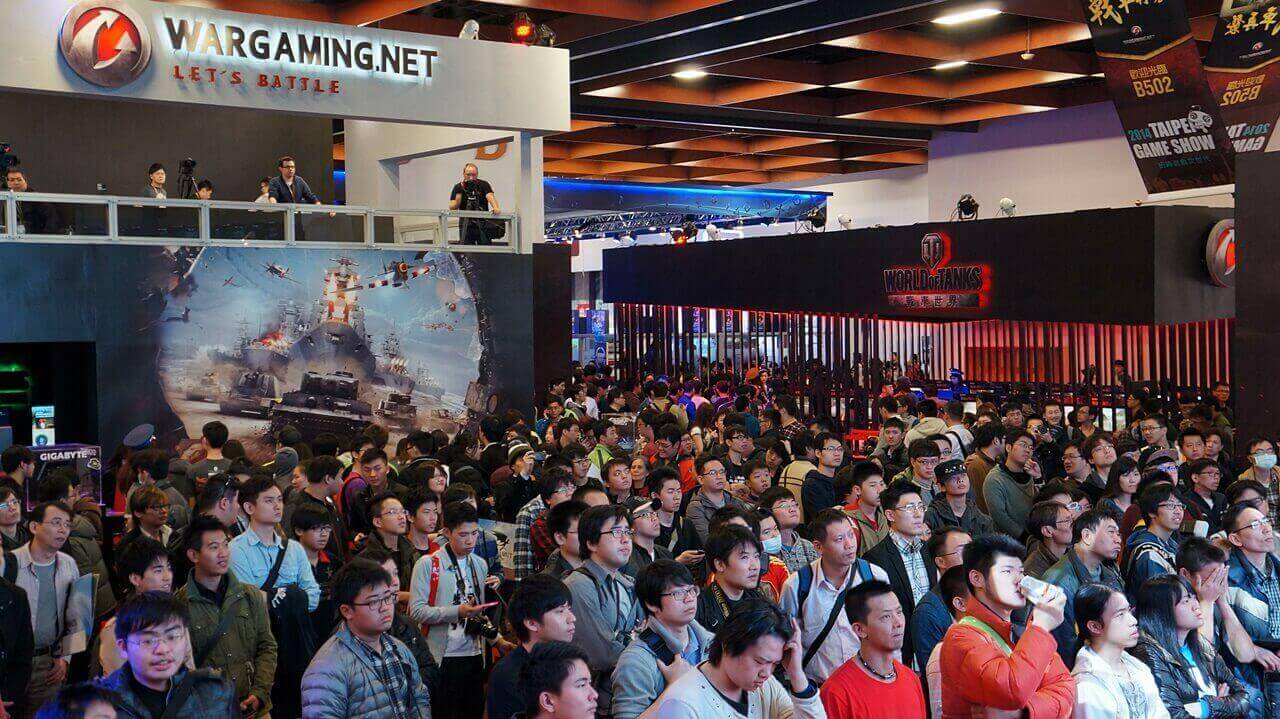 All the members of PVP Super Friends made their way to the main stage amid cheers and shouts from the audience. PVP Super Friends team leader, Batman said that he was extremely happy to be the champion again and that the victory marked another milestone for the team. He ended his interview by wishing his mother a happy birthday. 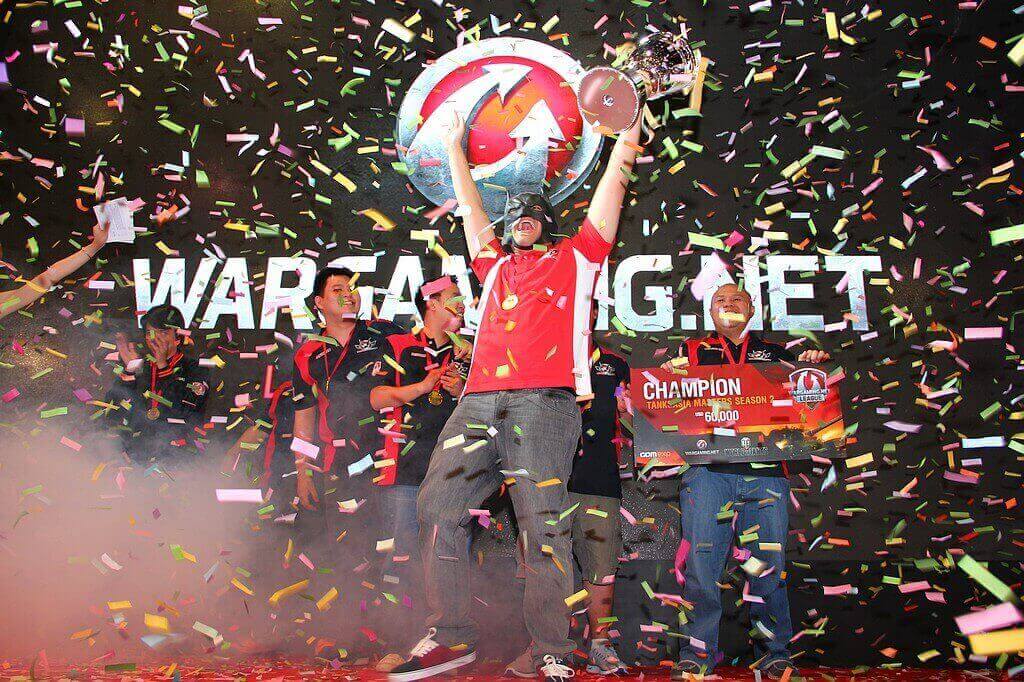 The prize presentation ceremony was held right after the tournament ended. General Manager of Wargaming Asia, Mr. Jasper Nicolas, made a short speech to thank the sponsors, congratulate the teams and present them with medals and cheques. 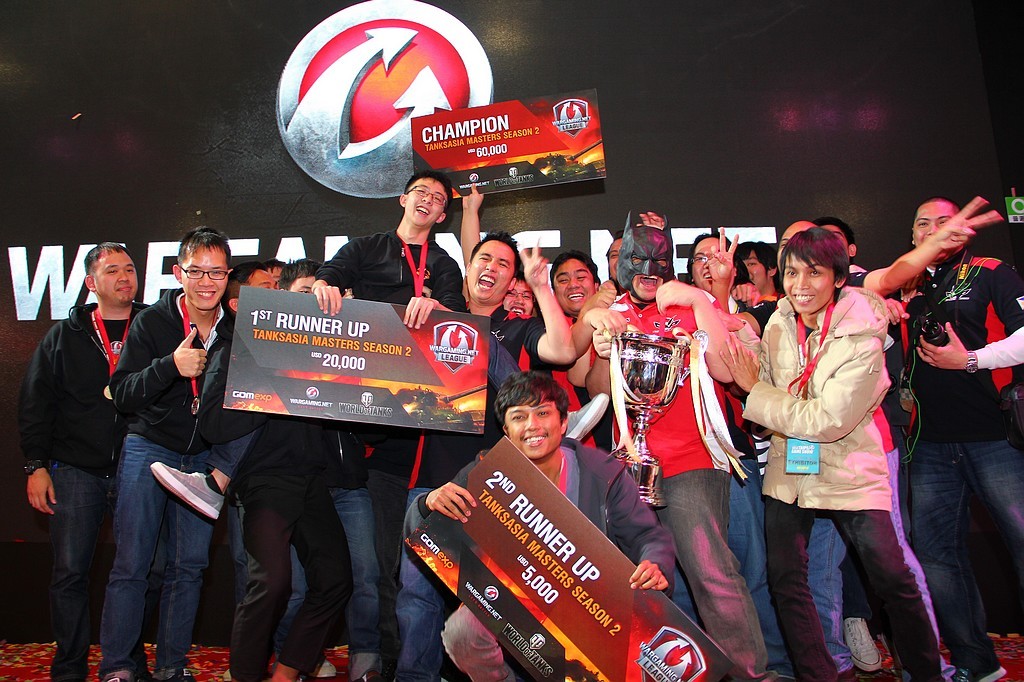 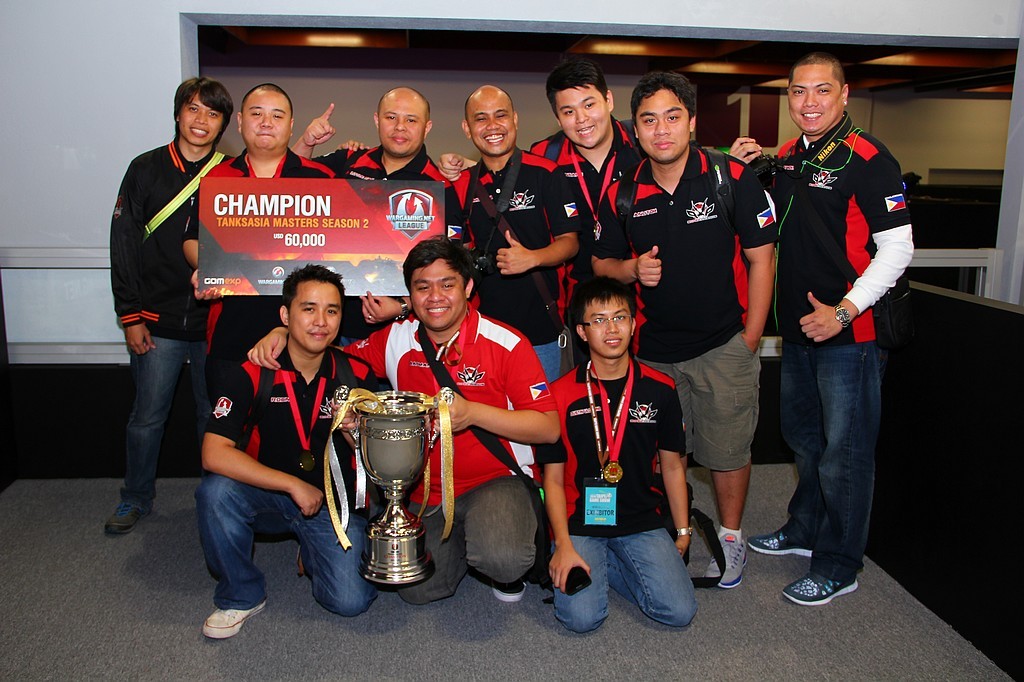 ■ Q1：Introduce your team.
＜ PVP Super Friends (PVP)＞
PVP：We have formed this team already for 2 years. During this time, we communicate with each other and practice together and become stronger. I appreciate my teammates for listening to my commands and our team is a powerful team that always execute strategies thoroughly.

■ Q2：What makes your team special?
PVP：Maybe my Batman mask (laughs)! I found that I can encourage my teammates with this mask, and my performance won't be affected when I wear it. So I think this is the thing that is special to our team.

■ Q3：What did you prepare for the battle?
PVP：Prayers. We pray that everything is ok & for good luck.

■ Q4：Is there any moment or achievement that you are proud of in World of Tanks?
PVP：Champions of Season 1 & Season 2. These are really unforgettable.

■ Q5：What's your advice for good players who want to join a pro team like PVP?
PVP：First of all, you must be totally enthusiastic about WoT; second, find a group of friends that you can be together with, then play and practice together. Tha average games of our teammates are about 30,000 and this makes our amazing skills and unspoken consensus.

■ Q6：What's your favourite tactic?
PVP：Just push... push, search and destroy. We will destroy all targets we engege on the way (laughs).

■ Q7：What would you be doing if you were not playing World of Tanks?
PVP：Play other games I think. Some of us go to school and others have to work.

■ Q8：Have you tried World of Warplanes? If there's a tournament for WoWP in the future, would you like to join?
PVP：It depends on what we think after we play it. Now WoT is our focus because it is the game that we have the best performance in.

■ Q9：How do you feel about the tournament being held in Taipei Game Show?
PVP：Wonderful! Many people are here! I hope that I can visit the night markets.

■ Q10：Anything else you want to say to the fans?
PVP：We love you all! Without you, there would be no PVP. We managed to get here because of your support. We appreciate you all no matter where you come from, and we hope that we can have more chances to give you a better performance in the future. Thank you very much! 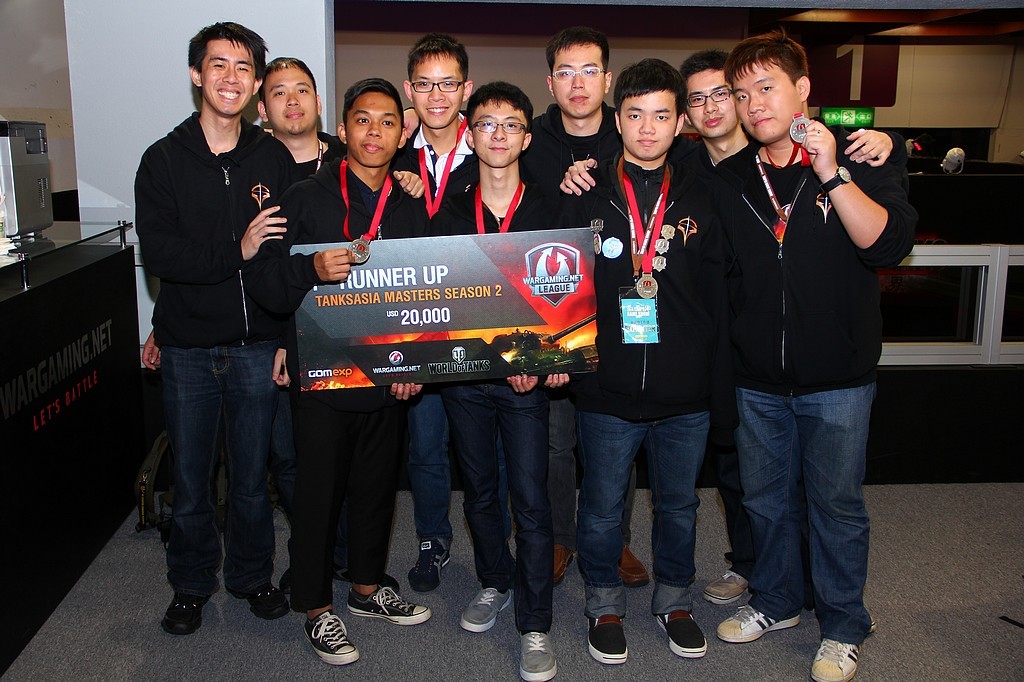 ■ Q1：Introduce your team.
＜Insidious Gaming (ISG)＞
ISG：Our team is sponsered by Insidious Gaming. People can see this name in other games and not only in WoT.

■ Q2：What makes your team special?
ISG：We are a very young team, about 18~19 years old, and we are full of motivation.

■ Q3：What did you prepare for the battle?
ISG：For this game, we practised with ARETE, an elite team from Korea, to adapt to the pace of high level competition.

■ Q5：What's your suggestion for good players who want to join a pro team like ISG?
ISG：Keep an open and modest mind to any suggestions from other people. Form platoons with good friends first, then start from a small team and work towards an organized team.

■ Q6：What's your favourite tactic?
ISG：Psychological warfare. We would like to ad hoc response more, and move according to the opponent's actions.

■ Q8：Have you tried World of Warplanes? If there's a tournament for WoWP in the future, would you like to join?
ISG：If there will be WoWP competitions in the future & teammates are interested in them. Of course, if it won't affect WoT for us, we will try it.

■ Q9：How do you feel about the tournament being held in Taipei Game Show?
ISG：It is a great event and staff and players are very enthusiastic. That's really impressive.

■ Q10：Anything else you want to say to the fans?
ISG：Thank you all for your support! We will keep going and make it better!

Season 2 has come to an end but you can expect to see more exciting games from the Wargaming League very soon. Tank Commanders, are you ready for more battles? Roll Out!