WGL APAC-ASIA is back for Season 2!

Whatever doesn't kill you makes you stronger. Battle with the best in the qualifying stage of WGL APAC-ASIA Season 2! Sign up now for one of the biggest tournaments in Asia Pacific and see how far your team can advance.

The stakes are gonna be huge! Keep your eyes on the prize and may the best tankers win!

How the League Works

The Qualifying Stages determines the teams to be seeded into the Bronze, Silver, and Gold Series.

This is a stage that is still open to public. Everyone will be allowed to participate in the Bronze Series. However, it is not possible for participants in this stage to be directly seeded into the Gold Series. While it is still possible to scrape your way up to the Gold Series from here, think through the pros and cons with your team before skipping the Qualifying Stage.

The 3rd and 4th placing team of the Silver Series will have a playoff against the 5th and 6th placed teams in the Gold Series to earn their spot.

Teams that rank 5th and 6th in this series will have a battle with the 3rd and 4th placed teams in the Silver Series for placement in the Gold Series. The 7th and 8th placing team will be relegated to the Silver Series.

This stage will be used to determine the Top 2 teams that will represent Asia in the WGL APAC finals.

Here is how Season 2 of WGL APAC-ASIA looks like in summary: 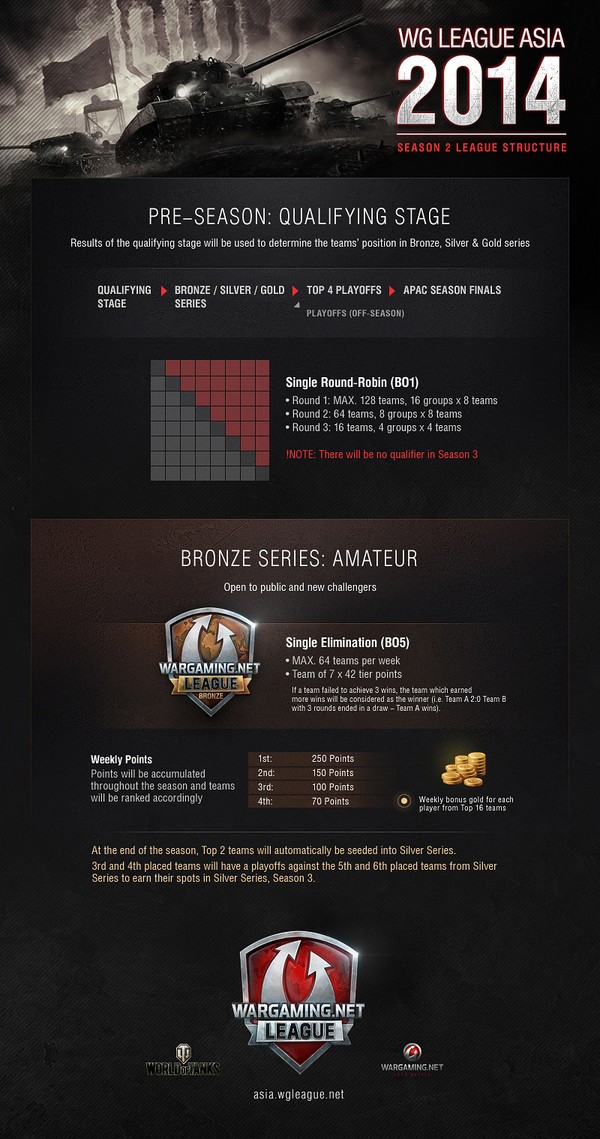 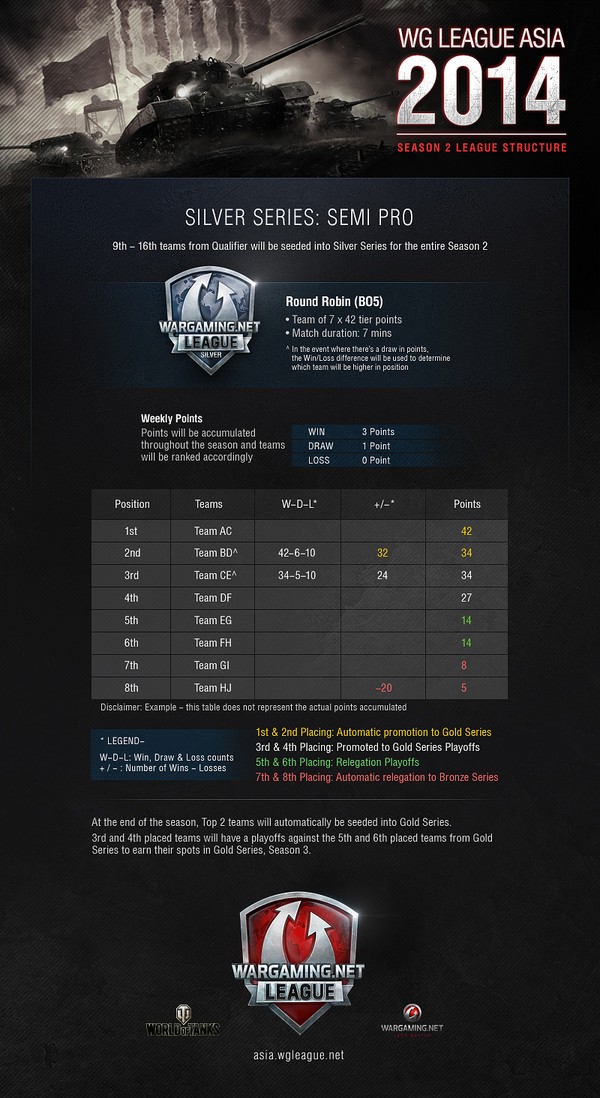 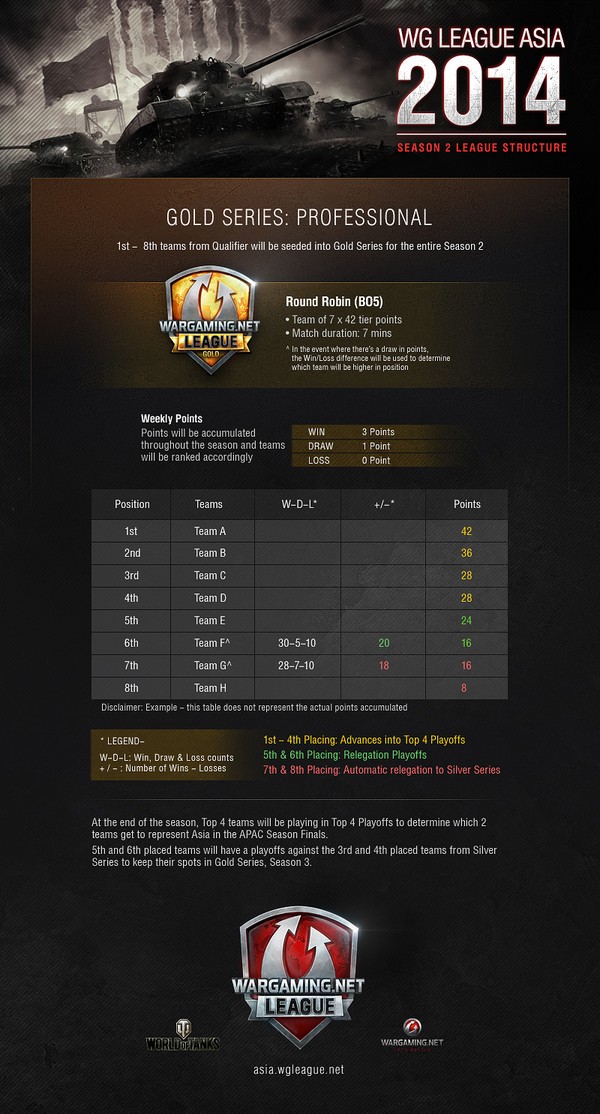