How are you doing so far in your tournaments? Managed to rack up some impressive damage numbers yet?

Speaking of numbers, our next number selection for this week's Lucky Damage lottery is now available - just scroll down below and you'll see it. Good luck! 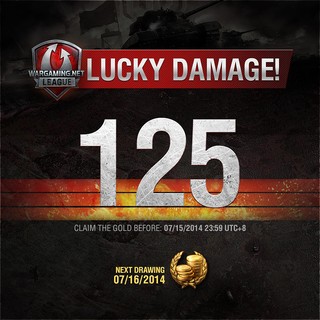