Shoot some shells in a tournament of your choice and up to 10,000 can be yours! All you have to do is deal damage in a tournament to be eligible for this lottery. Best of luck! 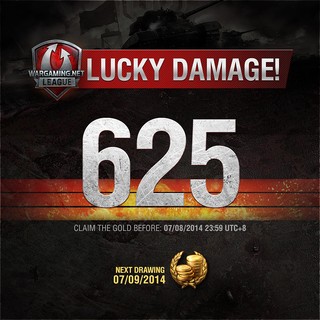