Our fourth week of the Lucky Damage Lottery comes with some improvements to the prizes. Now, only a maximum of 3 players can win per week, but the sum of gold to win has increased! Here's a list of the new prizes: 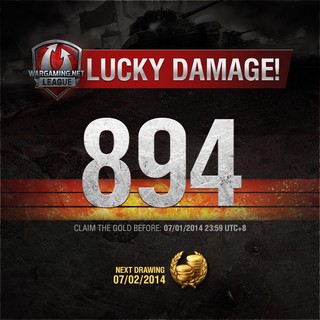