Feeling lucky this week? We've got a new set of numbers for the Lucky Damage Lottery. If you're currently participating in a tournament, make sure you remember to take screenshots of your damage numbers; one of them might just be the winning ticket to 10,000! 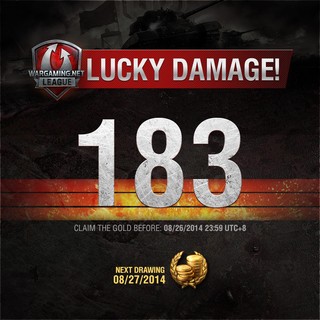 Each week, we will pick a three-digit number at random. This number will be announced every Monday at 12:00 PM (UTC +8) on an image, like the one shown above.