Shoot some shells to get those damage numbers rolling! Scroll down to see the numbers for Lucky Damage Lottery: No. 8. Deal the right number of damage and 10,000could be yours. 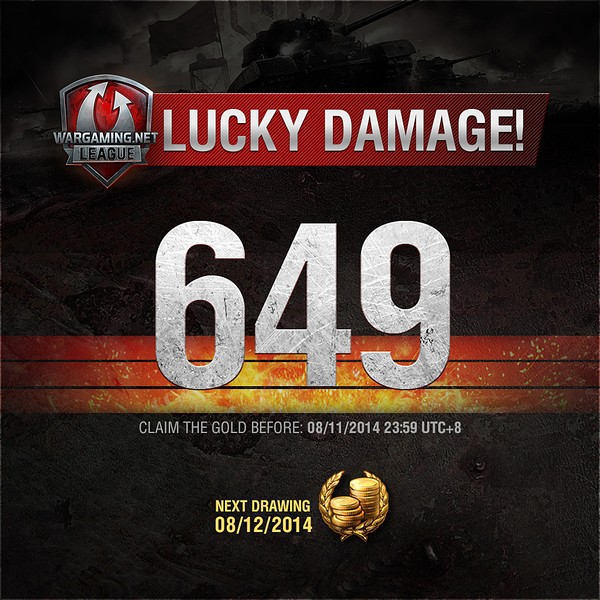