We’ve had a good run, but the Lucky Damage Lottery will officially be closing at the end of this month to make way for newer and more exciting contests. As a special send-off treat for our players, we’ll be picking a total of 6 Straight Play winners this time, instead of the usual 3 Straight Play and 3 Box Play winners. That’s more gold for everyone, so make sure you’re entered into one of our ongoing tournaments for a chance to win! 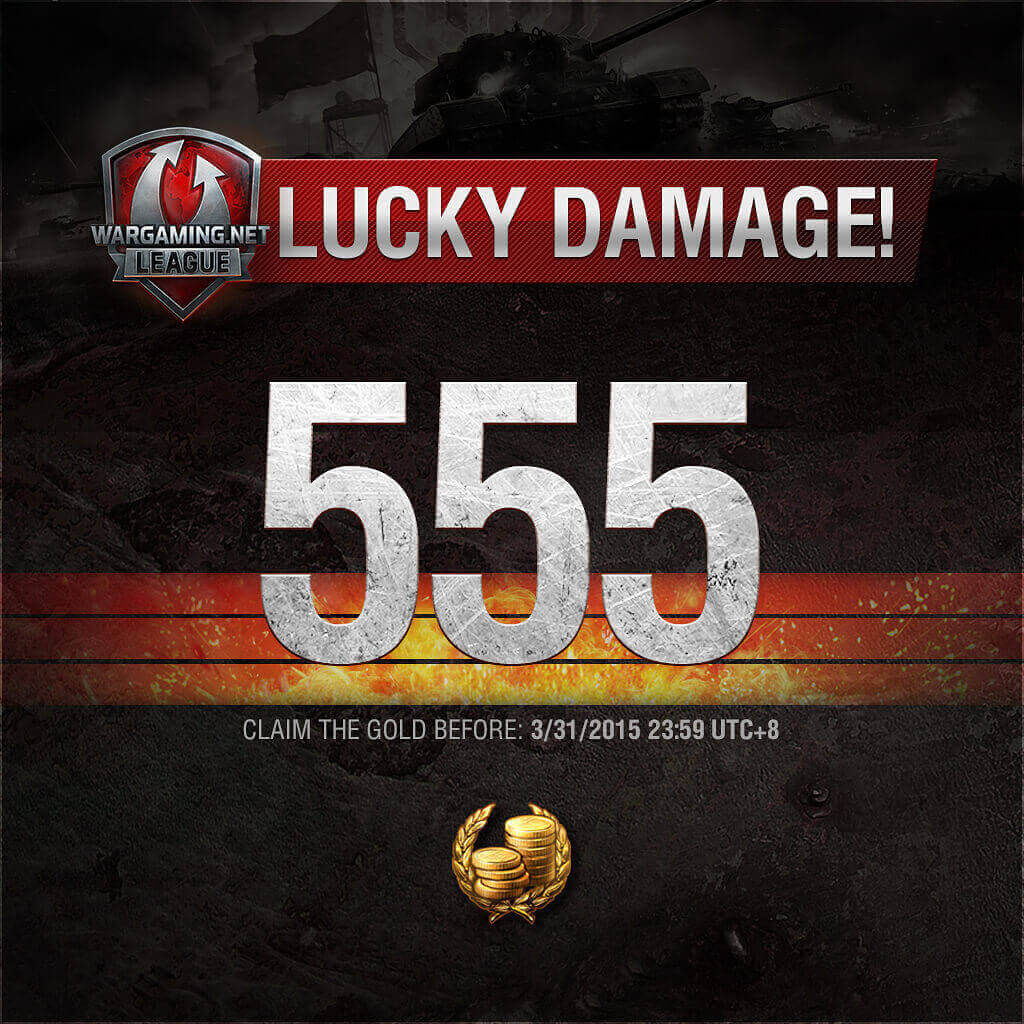 For this last edition of the Lucky Damage Lottery, you can only win via the 'Straight Play' method, as the winning number is '555'.

Let's say that you had participated in War of 5s / Coupe De Main / Absolute Frontiers within the event period, and that you won the Lucky Damage lottery by achieving the correct damage number in Round 3 of the match. Congratulations! It's time to tell us about it and claim your gold.

And that's it! If you are one of the first 6 players to respond, you will be awarded with the gold. The prizes are awarded on a 'first come first serve' basis, so be quick or you'll miss out!