What’s (almost) better than lining up a kill in your reticle? Seeing the digits in your damage dealt number line up perfectly with the lucky damage number. It's extra special this week, since it could mean the start of a particularly prosperous New Year for you! 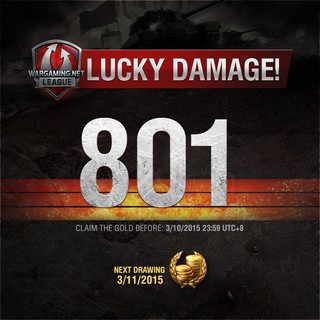