Grab your rabbit’s foot and four-leaved clover before heading out to battle – if luck is on your side, you just might win the Lucky Damage Lottery! 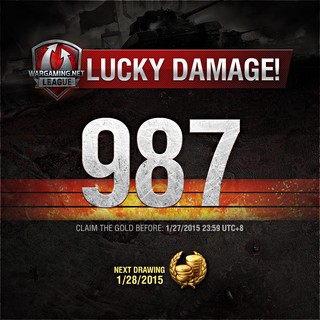