Join any tournament of your choice, damage as many tanks as you can in a battle and leave it to luck. If your damage numbers match those in the lucky numbers below, the prize Gold is yours! 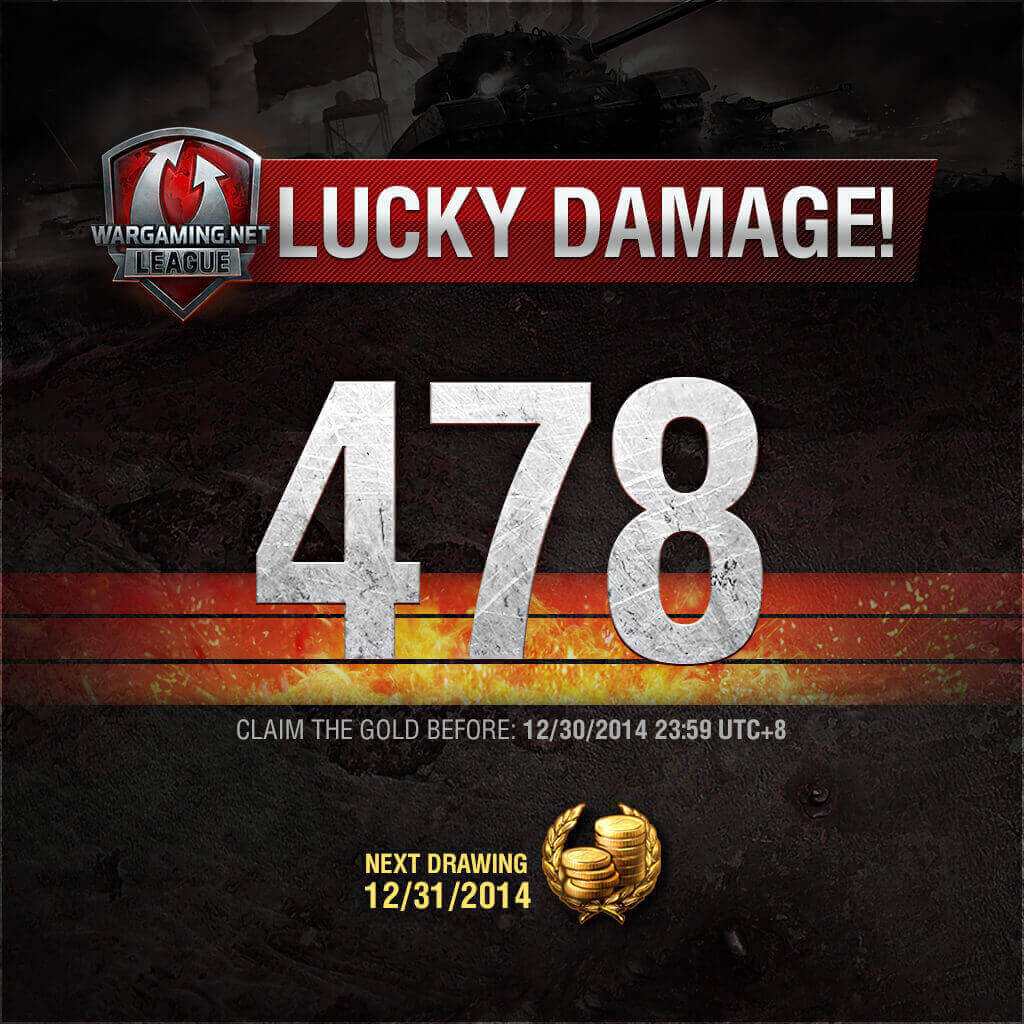