A new Lucky Damage contest is here with a new number selection. Enrolled in a tournament that you'll be fighting in this week? Remember to pay attention to the amount of damage you're dishing out - it just might be the winning ticket to winning more gold than you expect.

If your damage dealt tallies with the lucky numbers for the Straight Play or the Box Play category, you win this week's draw! 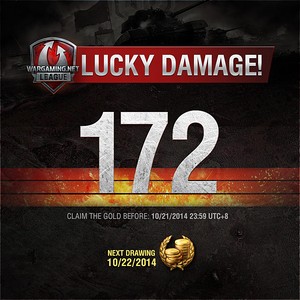