Planning on joining a tournament over the next few weeks? Here's a little perk to make your battles a little bit more fun. All you have to do is deal damage and leave it to luck to make you the proud winner of 10,000. 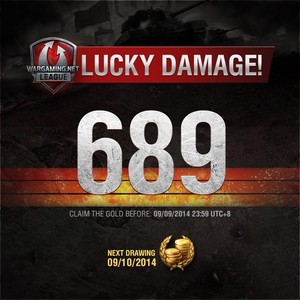