TL-1 LPC  with The Offspring-crewed to a great soundtrack. Scroll down to see all the bundles, offers, and customizations up for grabs!

TL-1 LPC  is a versatile vehicle with a fast-firing, accurate gun and a solid bouncy turret. It can easily take advantage of any terrain to ricochet enemy rounds, while its sloped frontal armor can sustain decent fire. The accuracy and DPM of its well-balanced gun are reliable, even on the move, allowing you to support your team as a proper flanker from the second line. Its 280 HP of alpha damage is not the best for its tier, but it’s enough to seriously damage opponents. Thanks to the tank's good maneuverability and top speed, it can easily change flanks and take up key positions more quickly than other vehicles.

Unique voice-over for the crew 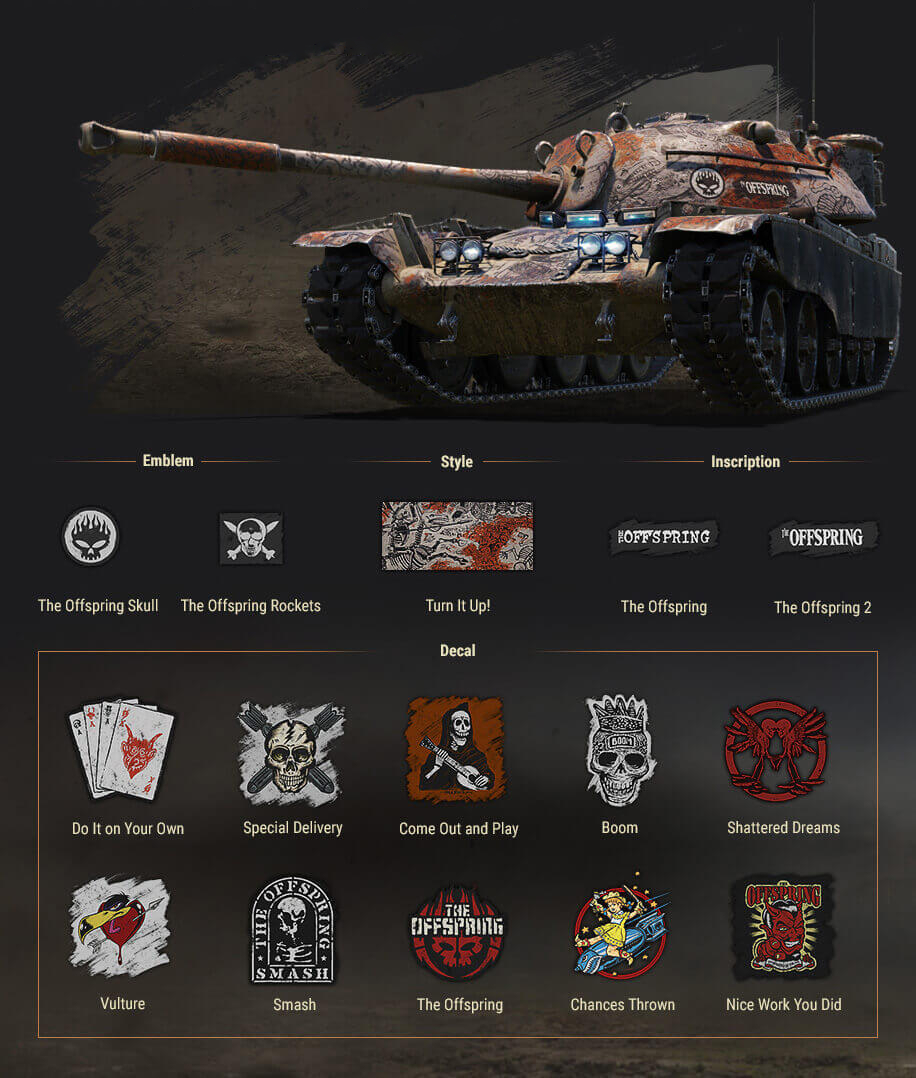 The Offspring’s music overflows with good vibes and positive energy for the battlefield. And now, it's inspired both an all-season style and a whole set of cool thematic elements. These elements can be applied to vehicles of any tier or nation, and are available in the TL-1 LPC Offspring: Ultimate bundle. Each element is based on cover art from The Offspring's many albums, as well as the band’s official symbols.

The "Turn It Up!" 2D style takes its cues from the works of famed Mexican artist, José Guadalupe Posada, known for his crazy paintings of skulls and skeletons that feature prominently on the band’s album covers. Between the decals, emblems, and inscriptions, no one will deny your rebellious side!

Nice Work You Did decals

Do It on Your Own decals

"Come Out and Play" decals

Unique voice-over for the crew 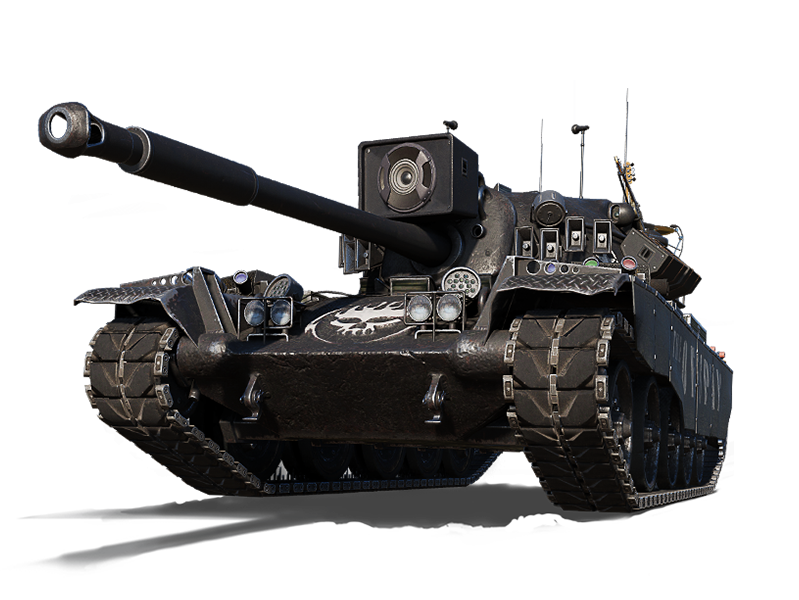 Dexter Holland
Commander (Radio Operator)
This lead singer, guitar player, and songwriter is a modern-day Renaissance man! He has a Ph.D. in Molecular Biology, makes Gringo Bandito Hot Sauce, and is a real-life jet pilot! The rest of the crew still isn't certain whether or not those aircraft skills will transfer over to an intense tank battle, though.

Noodles
Gunner
The lead guitarist attacks his instrument with a mixture of anger, sheer joy, and reckless abandon. Like any great guitarist and gunner, Noodles knows that you have to take chances and give it your all if you want to hit the right notes.

Pete Parada
Driver
The band's drummer. Dozing off to his metronome may prove hazardous to health. Tick‑tock‑tick‑bang! Tick‑tock‑tick‑blam! Still, when driving, he avoids sudden movements. Any break in rhythm is considered incompetence for a drummer.

Todd Morse
Loader
This bass guitarist can load shells just as skillfully and passionately as he immerses thousands of fans in the breathtaking atmosphere of his performances. His endless positive energy and punk vibes
provide a much-needed morale boost to the entire crew.