On June 21, “World of Tanks: Plastic Model Club” was held in Ikebukuro, Tokyo. Since there are not many real tanks to see, plastic model building is a very common hobby among military enthusiasts in Japan and many fellow tanks commanders gathered for this event!

The event started from 10 am in the morning, but many eager tank builders showed up earlier.

A commemorative apron with the “World of Tanks: Plastic Model Club” logo was given to everyone when they checked in to the event. Everyone brought their own model kits to build, so they opened the boxes and got started right away!

Attendees had all different backgrounds and experience in regards of plastic model building. For some of them, this was the first time and veteran modelers who sat at the same table guided them through, sparking friendly conversations among the participants.

A corner of the floor was dedicated to displaying finished models that the participants previously built. Many experienced modelers brought their best works and it was like an mini-exhibition in itself. Mr. Yoshida brought the examples of World of Tanks spec models he built for the Armor Modelling magazine. Works by the Wargaming Japan staff were on display as well.

Everyone worked on the models diligently, working hard even after the quick lunch. By 16:00, some of the faster modelers finished building their works. Some people exchanged IGNs and a few were seen going off to purchase new models together after the event. Overall atmosphere was very good throughout this first Plastic Model Club Event and everyone got along well.

Everyone gathered for a group photo at the end of the event, and the First World of Tanks: Plastic Model Club ended in great success. 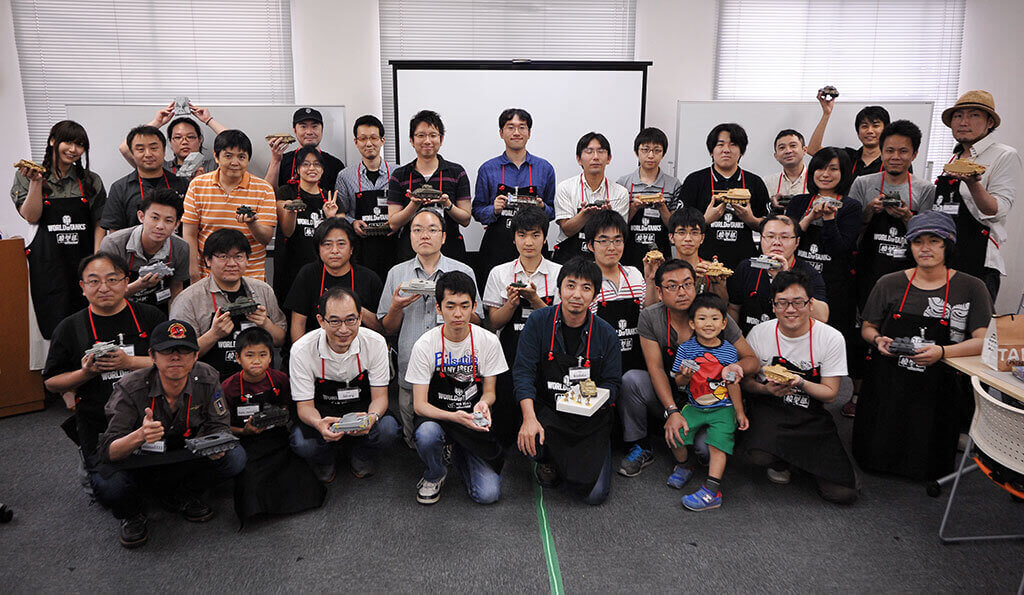 We received many feedbacks and requests for more events like this in the future. We are looking forward to holding more military related events where players with similar interests can gather and communicate, so keep your eyes peeled for other events by Wargaming!