World of Tanks Rolls Out in Sapporo Snow Festival!

Wargaming recently participated in one of the largest winter festivals in Japan, the Sapporo Snow Festival, and held events in Hokkaido from February 5 to February 11. On February 7 a fan gathering, “ Tankers’ Fest in Hokkaido,” was also held as a part of the Sapporo campaign.

Read on to get a sneak peek of the event and the energetic tankers of Hokkaido!

Right inside the entrance was a café space and further inside was a play booth covered in a camouflage net:

The net on top of the tent is a real camo net with anti-thermal infrared coating!

Kicking off with In-Game Mini-Games

The first event of the Tankers’ Fest featured a series of in-game tank battles. Several different mini-games were conducted, including an ELC AMX 'ramming battle' and a co-op game where two players control a single tank. One of the battles had an unexpected ending where a team took advantage of a loophole in the rules and decided to cap!

After warming everyone up with the in-game battles, Kiyoshi Sugiyama, the producer of Girls und Panzer and Tadamasa Miyanaga, Wargaming ASIA’s military advisor went up on stage and began a friendly (but intense) debate regarding the American M4 tank and the German Pz. IV tank!

As if a fancy café next to an authentic camouflaged tent wasn’t chaotic enough, traditional Japanese tatami mats were brought in to the event hall, and a karuta card tournament started! (Karuta is a traditional Japanese card game, where the players try to grab the correct card as the line written on the card is read.) The stage area suddenly changed into a Karuta battle arena!

The final attraction is the lucky draw! Razer peripherals as well as gold, and even 6 months’ worth of premium account was given out!

Congratulations to the lucky winners! 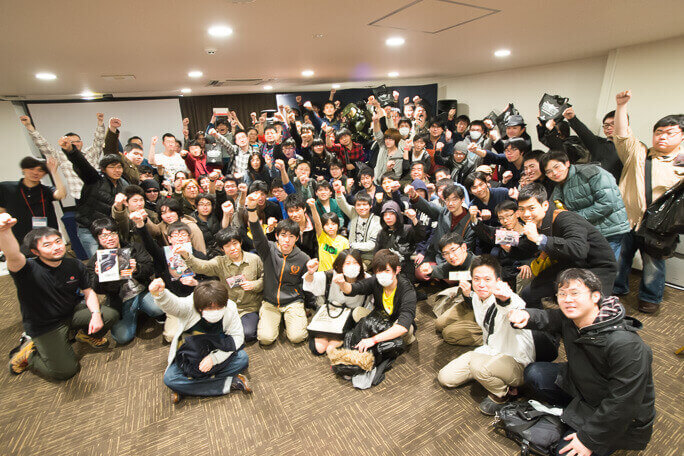 World of Tanks & Girls und Panzer All Around the City of Sapporo! 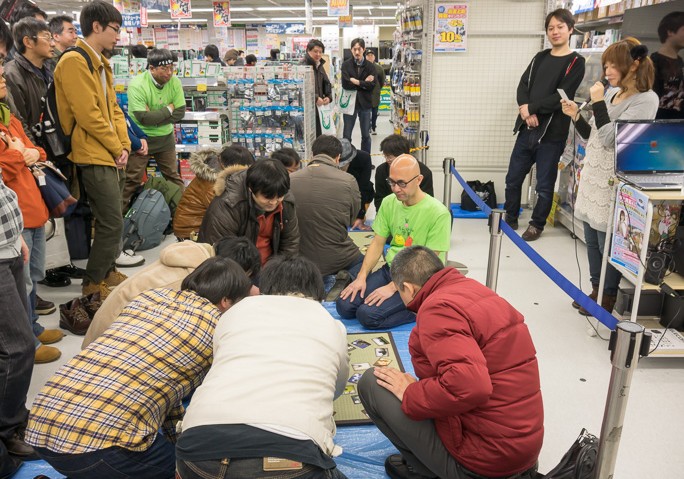 Another event was a Snow Festival stage event ”World of Tanks Meets Girls und Panzer with Buritan! And a bit of Melon Bear!” A lot of people came to view this stage, too!

This was the first World of Tanks fan gathering held outside Tokyo in Japan, and we were pleasantly surprised by the turn-out and the voices calling for more events like this.

Thanks to everyone who participated! We would like to continue holding events like this where tankers can gather and have fun together!

Maybe we’ll pop up in your town next! See you at the next event!