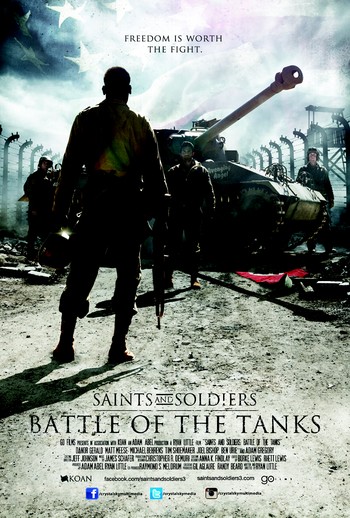 This epic WWII movie will be screening soon in the Philippines!

Saints and Soldiers: Battle of the Tanks

Event Start: In cinemas this November

After Hitler's suicide, some of the remaining Nazi army chose to fight on. Staged in Germany, May 1945, two American M18 Hellcats were sent out on a mission to wipe out a group of Nazis in the Harz Mountains. The two M18 Hellcats soon found themselves up against a platoon of three Panzer IIIs.