It`s the 2nd day of the biggest game EXPO in Japan, the “Tokyo Game Show 2014”. There were many activities (like battle stage and more) held at the Wargaming booth. The second day was more exciting than the first, so let`s check it out!

Also, please check the link below for the stage programmes and event merchandise!

We broadcasted an explanation of “World of Tanks” for today's first event. Characteristics, strengths and weaknesses for various tanks in the game were explained using actual battle replays shown on the big screen.

Processional gamer “Fuudo” (Razer) and “Dustelbox” (GUNNAR) joined in as leaders of the each team!

Although Dustelbox was more a more experienced gamer, having participated in numerous FPS tournaments. His team, however, still had a tough time against Fuudo's Razer team. The Razer team managed to beat the GUNNAR team consecutively in matches to achieve victory.

There were special pinup girls' who were present to show support for each team! Yuka Kuramochi and Saki Yoshida were with the Razer team, while RUKA and MARSE were with GUNNAR! While the players were choosing their tanks for battle, the ladies attracted a huge crowd and kept them entertained by mingling with the audience and posing for photographs. 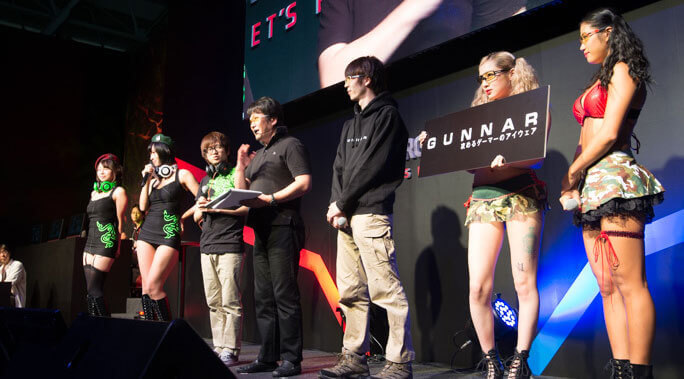 For the second battle event, maids from “WoT Sousenkyo” which was held in August, made a special appearance at the “Tokyo Game Show 2014”! They formed a “United Maid Army” and challenged a team of gaming media editors, the "Media Alliance"  in a game of World of Tanks.

As the Media Alliance knew World of Tanks better, they played with a handicap using Tier V light tank Chaffee while the United Maid Army used Tier VIII tanks. However, the media team still managed to emerge victorious thanks to their weath of experience as they utilised obstacles to cover their thin armor. 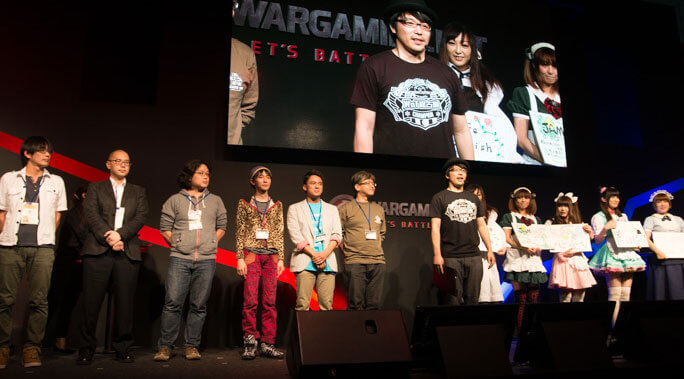 For the third battle event, the Wargaming alliance team lead by CEO of Wargaming.net, Victor Kislyi, fought against a team made up of random players picked from the audience.

As the members in the audience team were not so experienced, they had hoped that with a little bit of luck, they could manage to beat the WG Alliance team. Alas, their hopes were dashed by the cruel WG alliance team who crushed them mercilessly. The battle ended with a score of 2-0.

After the battle, CEO Victor commented that he was a little worried as he had been playing mainly Blitz of late, but was happy to be able to win. He added that some of the players had been playing World of Tanks for about 5 years and encouraged the audience to enjoy playing the game and train to beat them next time. 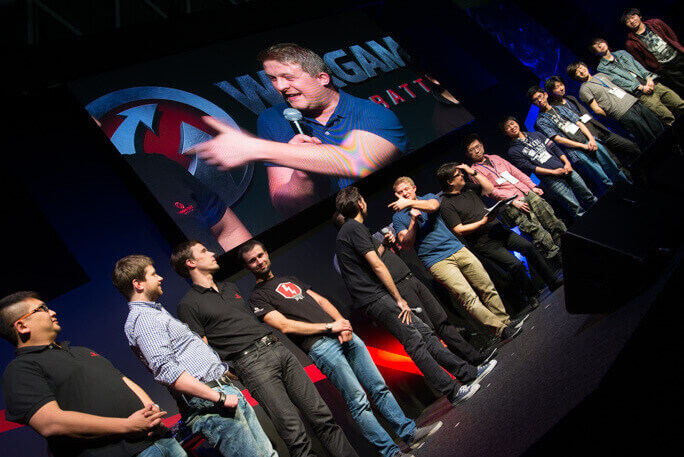 The first half of the Tokyo Game Show 2014 has been a great success so far so we're looking forward to the public day which is finally starting the next day! We will be waiting for you guys with many novelties at the play booth! Don`t miss it!

Looking forward to seeing everyone at the Wargaming booth again!

Please check for the programmes on Saturday, 20th September.

Those who can`t make it to Tokyo Game Show 2014, don`t fret! Throughout the 4 days of the event, there will be livestream feed showing everything going on at the venue! Also, keep an eye out for the keywords appearing throughout the show. The first 15,000 users to find out the code will be presented with a week`s worth of premium time! Be sure to check all the shows!