[TW] World of Tanks Rolls Into Armour Base!

How was your last weekend? Went to the movies? Went shopping? Or did you head out to restaurants with friends? Maybe you just stayed at home and played World of Tanks. But if you were in Taiwan, many tank commanders went to an armour base and spent their weekend with World of Tanks, gigantic real tanks and beautiful WG Girls, because this was the first time that Wargaming, the award-winning online game developer and publisher and one of the leaders in the free-to-play MMO market, appeared in an army armour base in Asia! The entire event was significant and extremely successful. If you missed this event, don't miss our review!

On the army's public day, people can see weapons and equipment. They could also have a chat with military personnel directly. So this is a great chance for ordinary people to understand military affairs. In Taiwan, this army base is an important armour base, and tanks take the leading role in armoured troops. Not likely for World of Tanks to miss this opportunity to meet everyone!

＜The training ground was full of people, and they cheered for the exciting shows by the military troops.＞

March 29 was a sunny day, so, many many people went to the army base to see weapons, tanks, and World of Tanks! Before 08:30, roads and streets near the base were already full of cars. People started to crowd into the base around this time.

The celebration began at 09:30. The first show was parachute jumping by the army's parachute instructors' team. A helicopter with the parachuters hovered over the scene and people on the ground raised their heads to look at it. It wasn't long before spectators were treated to a great view of parachutes opening against the backdrop of a clear blue sky. Too bad the wind was too strong and the parachute team didn't manage to land on the targeted area, but everyone cheered for their excellent performance!

The following programme was a crowd-thrilling fighting performance by the special forces. They demonstrated bayonet fighting techniques, martial arts, and close-quarter combat skills.

Wargaming had a booth located in front of the HQ building. We had a great location! As more people poured into the army base, our booth welcomed lots of visitors too! They were treated to our RNG Videos and the Documentary: T-34. For heading down to see us, they walked away with free-to-play discs! Our beautiful WG Girls were kept busy too! So many visitors wanted to learn more about World of Tanks that they almost had no time for a break. 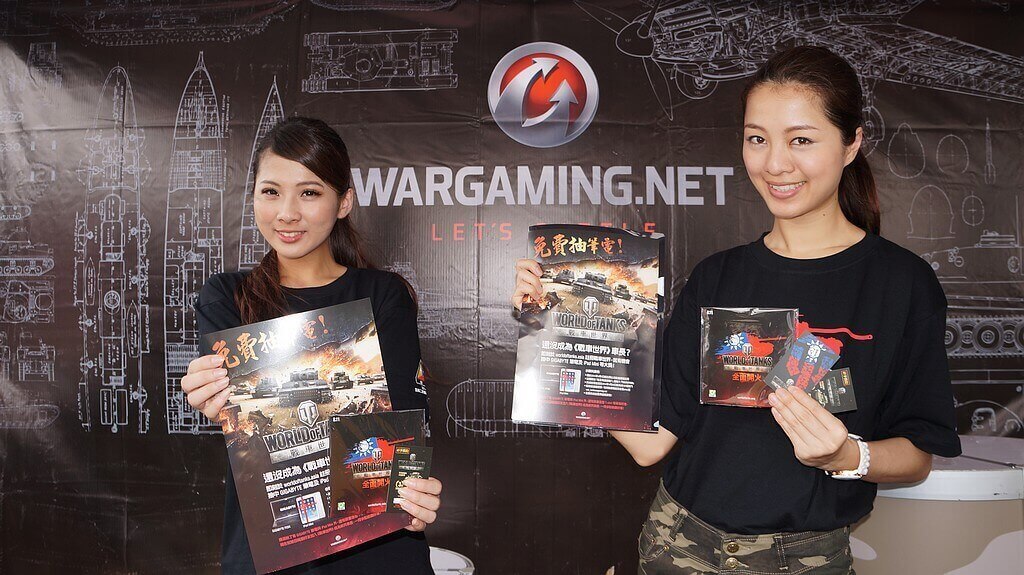 What's a great event without lucky draw prizes, right? Wargaming prepared lots of goodies for loyal players, including: bonus code cards, and special edition World of Tanks T-shirts! What made the shirt special was beside World of Tanks' glorious logo: the army base's armoured brigade emblem printed on the sleeve to mark the occasion! There were two types of bonus code cards: one with 7 days of premium, 300 , 4 automatic fire extinguishers and 4 large repair kits, another one with one  Type 64 tank!

Two lucky draws were held - one in the morning for the early birds and another in the afternoon for those who decided to drop by later. 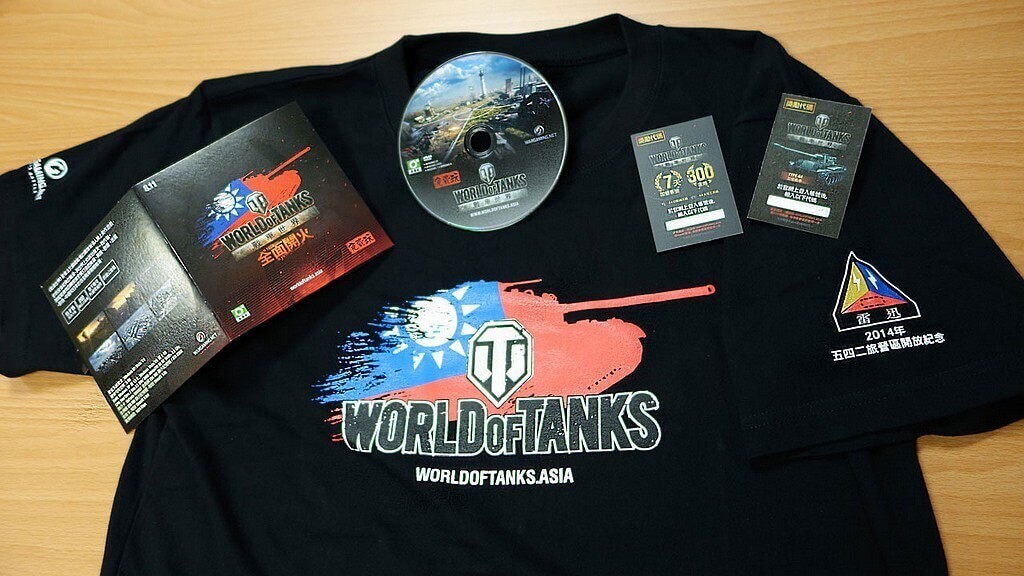 Lots of weapons, helicopters, and equipment belonging to the Taiwanese army were parked in front of the Wargaming booth - all of those that were part of the military parade earlier. People had photo opportunities, and could even climb onto them if they wanted to! The most important weapon to note was the AH-64E Apache Helicopter which was received by the Taiwanese army no more than half a year ago!

This army public affair day was the first time that AH-64E Apache was exhibited for the public. The helicopter was equipped with 16 Hellfire missiles, looking very powerful, and always at the centre of attention.

Other than helicopters, the most popular weapon was the only one main battle tank on the ground - CM11 "Valiant Tiger"! Many people lined up with their families to get up close and personal with the tank. Kids got to climb into the turret, wear a tank commander helmet, and grip the machine gun - probably letting their imaginations turn them into tank commanders commanding the tank to roll forth through enemy lines! Lots of World of Tanks players took photos together in front of the CM11 tank before the morning lucky draw! 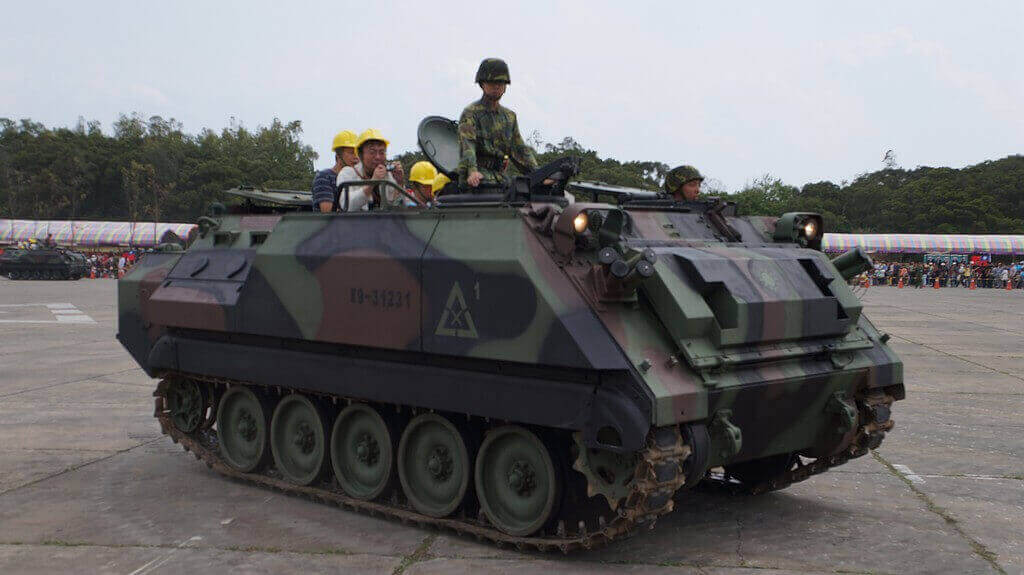 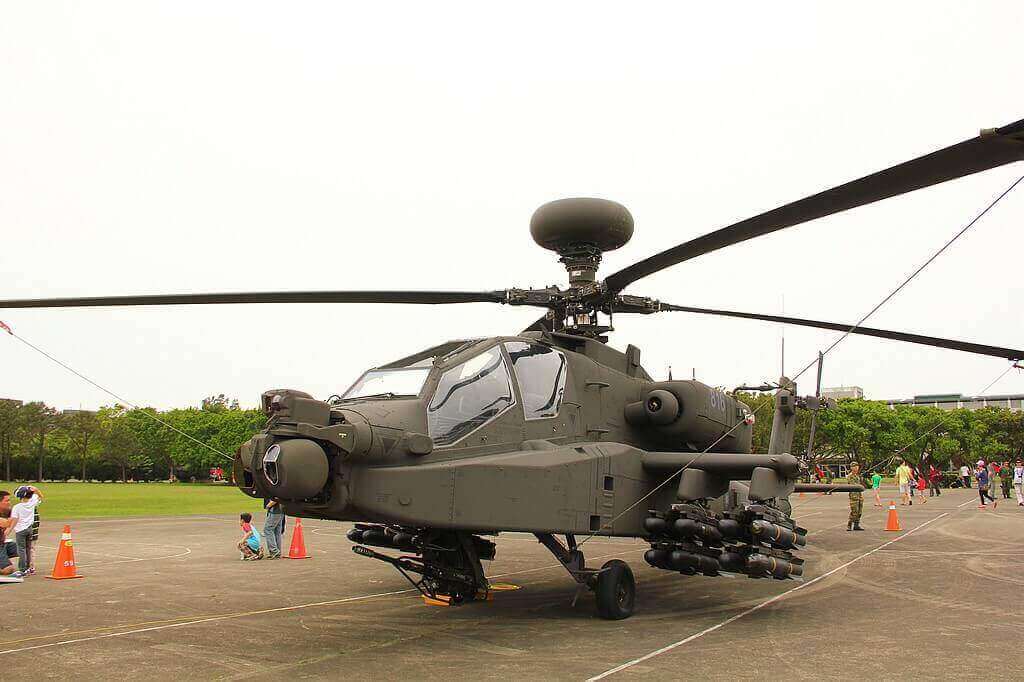 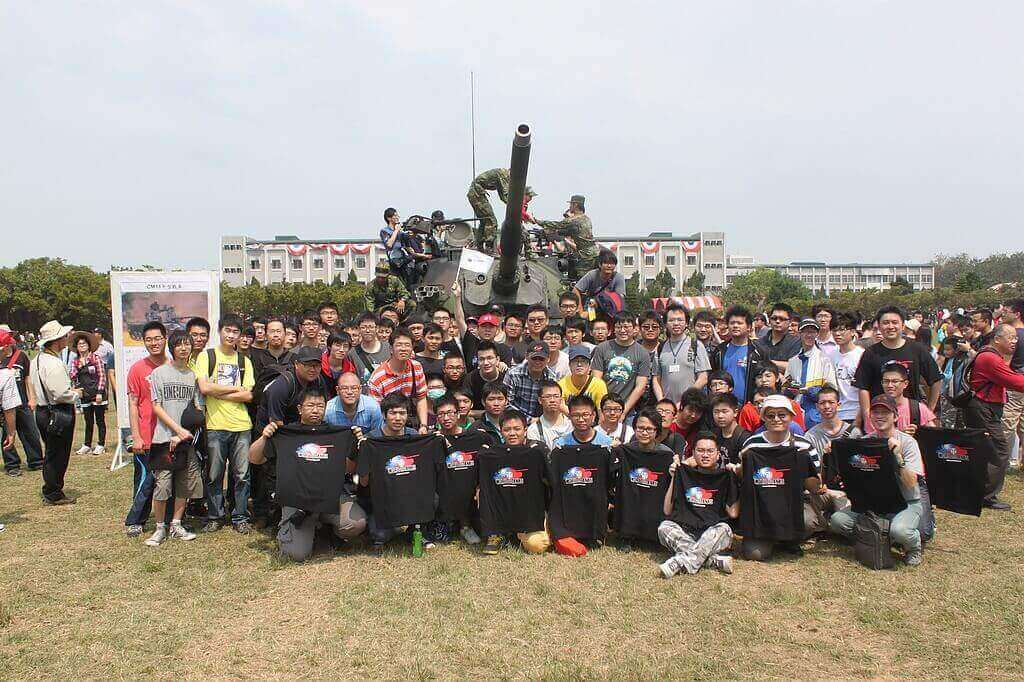 Aside from the display of fancy new war technology, some old, retired tanks were also exhibited to the joy of history lovers and World of Tanks fans. One of those tanks was the M18 Hellcat, the famous and popular American Tier VI TD in World of Tanks! Before the afternoon lucky draw started, players led by Wargaming staff took pictures in front of the M18 Hellcat near the Wargaming booth.

Friends, we will look back at these photos with pride, excitement, and nostalgia! 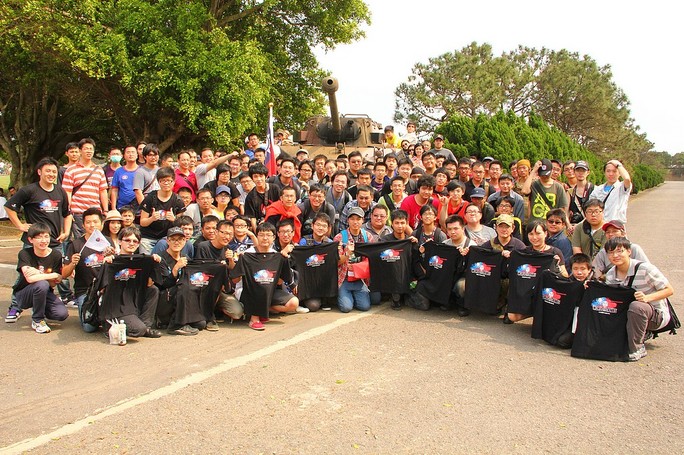 After the glorious photo-taking with the fabulous M18 Hellcat, it was time for the 2nd lucky draw! All players and visitors had the chance to participate and no one went home empty-handed. The lucky draw was the last activity before the Army Public Affair Day came to a close.

Thanks to all the army superiors, visitors, and loyal players of World of Tanks, we achieved a history-making milestone of having our first-ever Wargaming event held in an Asian army base!

It was great hanging out with you awesome people! See you next time!

How about your last weekend? Went to movies? Went shopping? Or did you head out to restaurants with friends? Maybe you just stayed at home and played World of Tanks. But if you were in Taiwan, many tank commanders went to armour base and spent their weekend with World of Tanks, giant real tanks and beautiful WG Girls, because this was the first time that Wargaming, the award-winning online game developer and publisher and one of the leaders in the free-to-play MMO market, appeared in an army armour base in Asia! The entire event was significant and extremely successful. If you missed this event, don’t miss our review!