At last, we meet again! In this eighth instalment of this series, we will discuss post-WW2 tank development.

Into the Cold War

World War 2 ended in 1945, but a mere five years later in 1950, the Korean War broke out. This war would split the Korean peninsula into two nations: North Korea, supported by communist forces, and the other backed by the United States and other UN forces. On the surface, it seemed like a war for control of Korea, but for the USA and USSR, this was a proxy war in which they could examine performance of their weapons against their opposing counterparts. Technology had not advanced much further than during the final days of World War 2, so both sides still used used tanks from that era.

North Korea and Communist China received reinforcement from Soviets in the form of T-34-85s and a small number of IS-2s. UN force used upgraded M4A3E8s and M26s. Many tanks from the final stage of WWII, like M24 "Chaffee" light tanks and M36 tank destroyers, also appeared on the battlefield. 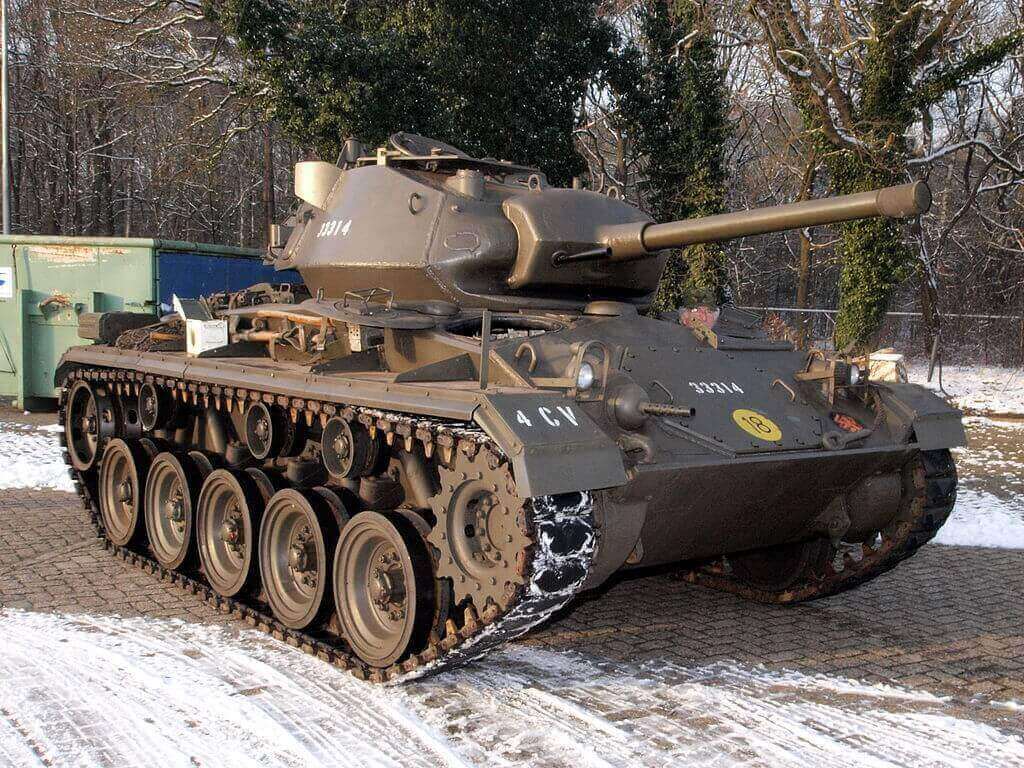 It is particularly worth noting that the M36 tank destroyer originally used open-top turrets. However, when M36s went through winter in Korea, snow piled up in these open-top turrets. Thin covers were added in the top of M36 turrets to fix this problem. The Republic Of China (Taiwan) army later received some of these M36s.

There were not many tank battles during the Korean war. According to the United States' analysis of the war, there were 119 tank battles during the Korean War. During these battles, 34 US tanks were destroyed, of which 15 were unsalvageable. On the other hand, 97 T-34-85s were confirmed destroyed by tanks, and a further 18 destroyed by unconfirmed sources. Generally speaking, US forces were far better trained than their North Korean and Communist Chinese counterparts, so this data does not necessarily accurately reflect the strengths or weaknesses of the tanks.

British forces participating in the Korean War brought with them a batch of relatively new Comet tanks. One of these Comets is preserved at the Hong Kong Museum of Coastal Defence. The upgraded version of Comet is the Centurion, which is one of famous and representative tanks of Western nations in the 1950s. 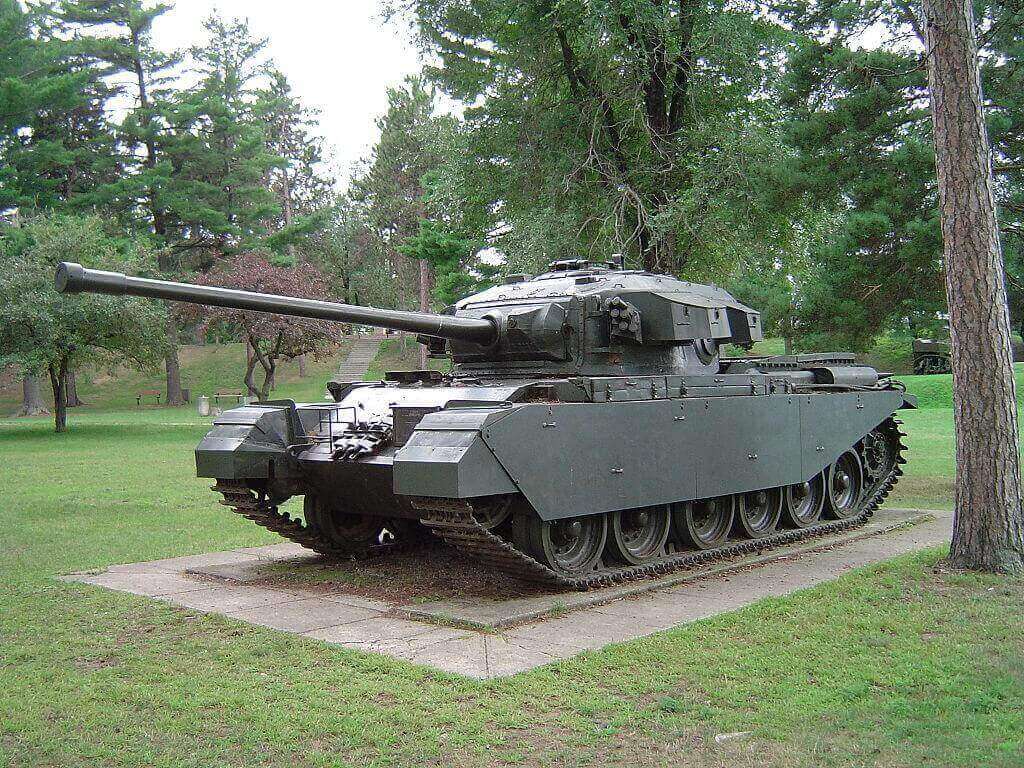 After the Korean War, tank design concepts entered a new phase. Hulls were getting larger, and tanks were no longer classified as medium tanks or heavy tanks. Instead, they were termed “main battle tanks”, or MBTs. During this time, the development of radio equipment advanced so rapidly that dedicated radio operators were no longer needed. Crews were reduced to four persons per tank, easing demand on manpower.

Following the Korean War, world powers turned their attention to the five Arab–Israeli conflicts between Israel and its surrounding Arab neighbours, which broke out on multiple occasions after Israel declared itself a sovereign state in 1948. This region became the main battlefield for tanks after the Korean War, due to large expanses of desert and other open ground in the region.

Because it desperately needed good equipment, Israel purchased all kinds of weapons from several Western nations, such as the US, UK, and France. At one point, Israel even mounted a 105mm gun on the M4 Sherman, dubbing it the “Super Sherman” thereafter.

On the other hand, Israel’s opponents, such as Egypt and Syria, used Soviet weapons. Syria even used German WW2-era Panzer IVs until the Six-Day War in 1967. 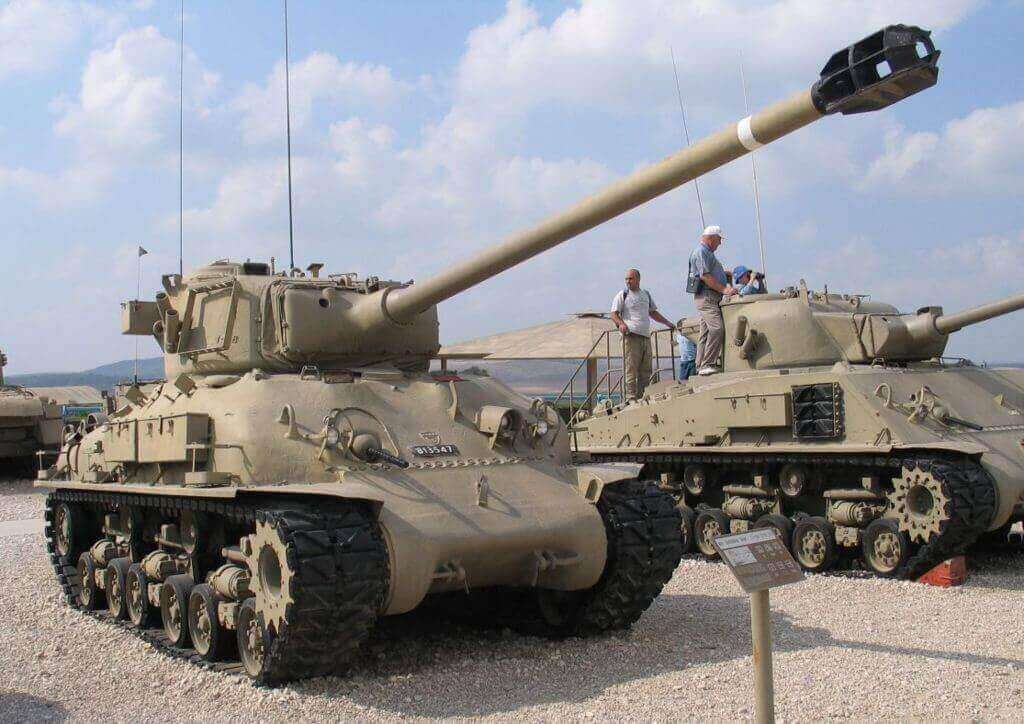