Commanding a majestic appearance, a powerful main gun and engine, the tank is undeniably the king of modern land warfare. It has been a long hundred years since the invention of the tank, and throughout the years the design concepts and technologies have progressed very much. Today, we shall take a look back into the last hundred years to examine the development history of tanks.

The Invention of Tank

The tank was invented by the British and first appeared on the battlefield in September 1916. During that period of time on the west front of WWI, both sides were bogged down in trench warfare. Trenches, machine guns and barbed-wire entanglements made it such that defense lines could not be breached, so the combat situation fell into a deadlock.

The British wanted a new weapon that could destroy barbed-wire entanglements, cross trenches and also be well-protected from machine gun shots. This new weapon came to fruition as the tank. When the British first developed tanks, they claimed that it was equipment for transporting water to cover up its true purpose. Due to its diamond shape, the British coined it 'tank', and this name has been used since then until now.

The first tank that was introduced to the world was “Mark.I”. It weighed 28 tonnes, its armor was only 12mm thick and peaked at a top speed of only at 6 km/hr. It was armed with four 7.62mm machine guns or two 6pd guns. Only 50 Mark.I tanks took part in the battle. 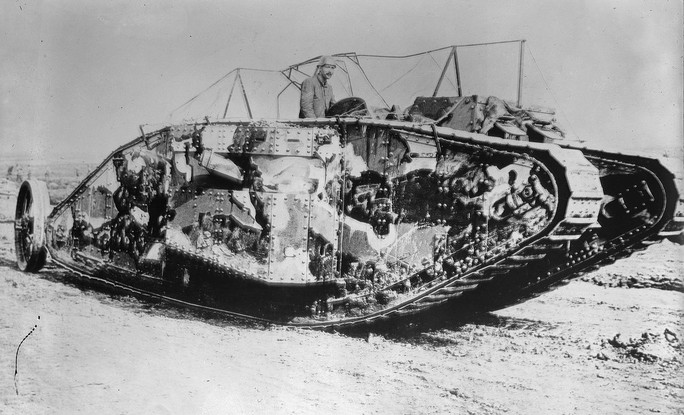 In November 1917, the British dispatched about 460 Mark.IVs in the Battle of Cambrai. This was the first large tank operation in history, and the German line was crushed. 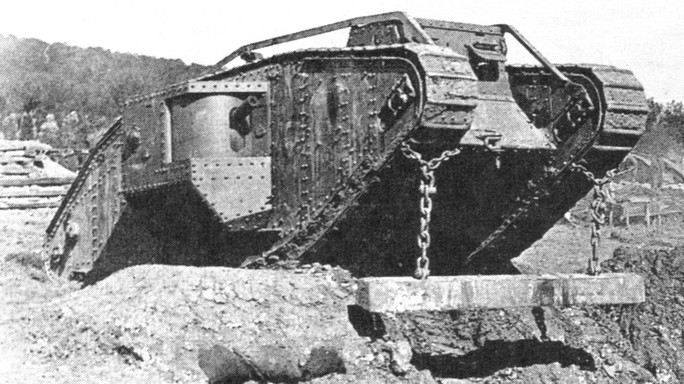 The British “Mark” series tanks were only armoured boxes which moved on tracks, and machine guns or small guns were mounted on sides because of the lack of a rotating turret. They looked more like mobile bunkers and had no partitions inside; the engine was really noisy and shook tremendously when the tank was moving because it had no shock absorbers. It was really just a simple design with no complicated intricacies.

The appearance of this new weapon astonished many countries, and they too, began to develop tanks. However, WWI ended.

Many countries like Britain, France, Italy, USSR and USA developed and researched tanks enthusiastically. Tanks during this time were small and slow with poor amour, and only some of them were armed with machine guns.

The first tank with a modern structure was the French FT-17. FT-17 had a rotating turret and the hull was divided into a driver’s seat, combat cabin and engine room. This design could reduce noise and provided more protection. It also made combat conditions better. The FT-17 was armed with one 37mm gun or 8mm machine gun. China had bought some FT-17s and established initial armoured troops.

One important thing was that the tank was a "new toy" and it was rejected by conservatives in military, especially cavalry. Tanks were regarded as an auxiliary weapon for infantry that were dispatched only when infantry met strongholds that were very hard to break through. They were not regarded as the decisive force that could win battles. Many evolutions or improvements that are good now were deemed unfavorable before.

The British designed a series of “Infantry Tanks” that had  thick armour but equipped with poor mobility and arms. They were mainly used as a support to infantry troops. One known tank was the A12 “Matilda II”. It had a 78m thick armour, but was equipped with only a 2pd gun and a top speed of only 26 km/hr. 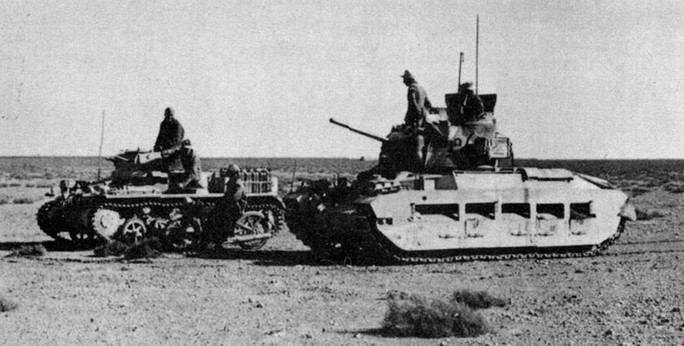 Besides infantry tanks, the British also designed a series of “Cruiser Tanks”, for example “Crusader”. They could attain higher speeds but had poor armour and arms. During this time, the British and French used tanks in small groups as a supporting role to infantry. 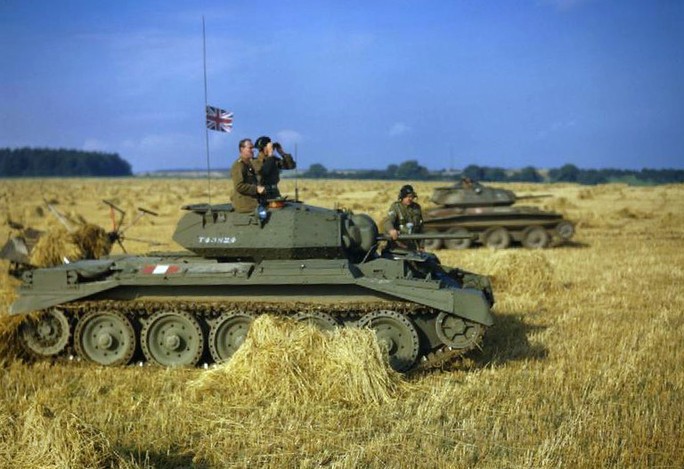 American engineer Walter Christie invented an innovative all-wheels independent suspension system that made every wheel of a tank movable according to terrain. Tanks with this system could have faster speed and better off-road capabilities. Unfortunately, the US military didn’t adopt this design. The Soviet bought it and put it on the classic T-34 tank. 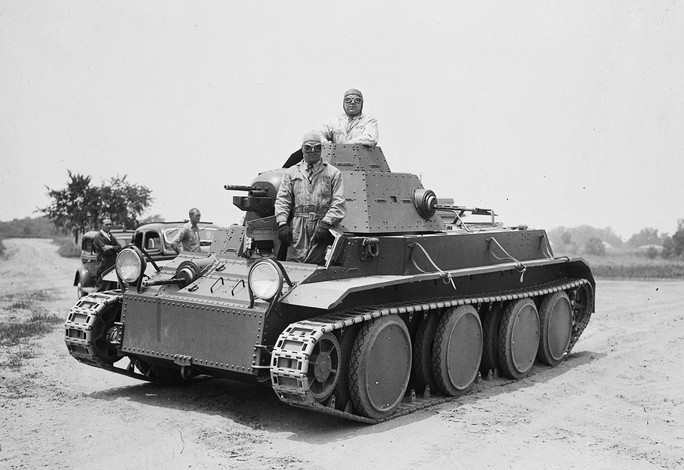