The new branch of French tanks is quite interesting and it includes a total of seven machines. This uniqueness has its roots in the history of the Second World War and the long years of France’s occupation, which interrupted the evolution of the French tank industry. Read more about the historical genesis of these French newcomers to World of Tanks: 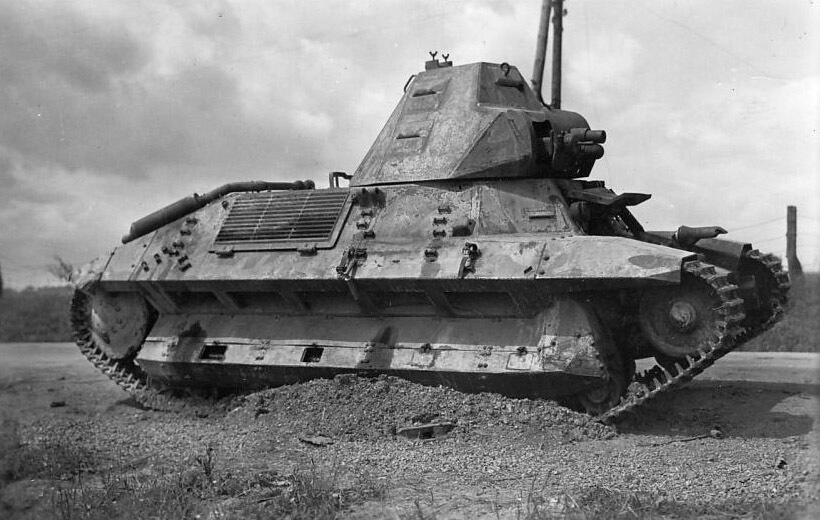 By the thirties of last century, the French light tank Renault FT 17 became hopelessly outdated. As a result, an open competition to develop a new tank infantry support was announced, and Forges et Chantiers de la Méditerranée (FCM) participated in it.

The prototype tank went on trial in April 1935, and in 1936, after a number of design improvements and the increase in armour thickness from 30 to 40 mm, it was accepted as the FCM 36.

From the historical point of view, the tank can be safely called innovative. Its armour was reliable and installed under good angles that provided excellent protection from armour-piercing shells of the time. The diesel engine delivered high power and was quite efficient. Also, the fully-welded hull was a novelty as well.

The FCM 36 had fulfilled the requirements set by the military, but had two serious drawbacks: it was too heavy in its class and very expensive to produce. Around 100 tanks of this type were built. 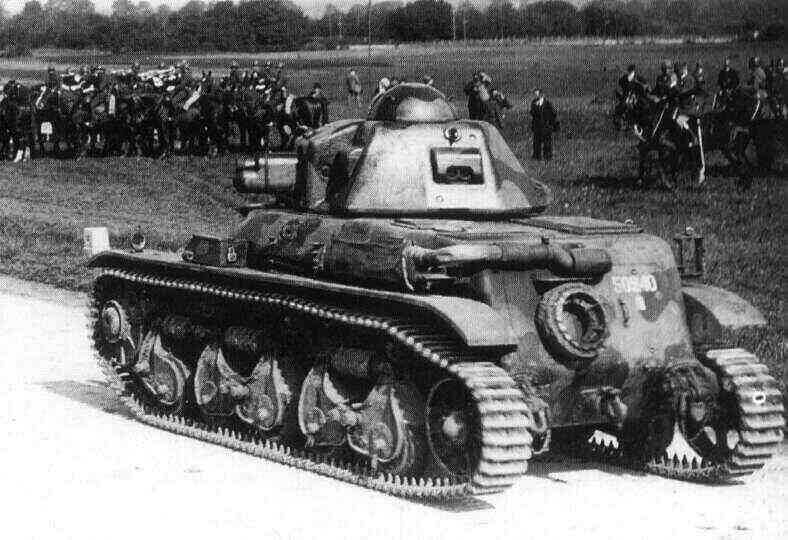 This vehicle was designed in 1934 as an infantry support tank. Compared to the FCM 36, it was not that innovative - the hull was just simple armour of bolted cast plates, installed almost vertically. However, the assembly process incorporated solutions common for the industry of the times, thus making the machine relatively cheap to produce.

R35 weighed 10.6 tons, was armed with a 37mm cannon and a small calibre machine gun. The armour counted a maximum thickness of 44 mm. The crew consisted of two tankers. In 1938, the vehicle was modified by installing a long-barrelled 37mm gun and improving the chassis. The new model’s weight has risen to 12.5 tons, and it received the designation R40. This version of the tank resulted in 120 machines built.

Renault R35 was the most popular French light tank of the Second World War. There were around 1500 vehicles built, of which more than 550 were exported. The French army used these tanks at all stages of war - in Europe, Syria, Tunisia and Algeria. 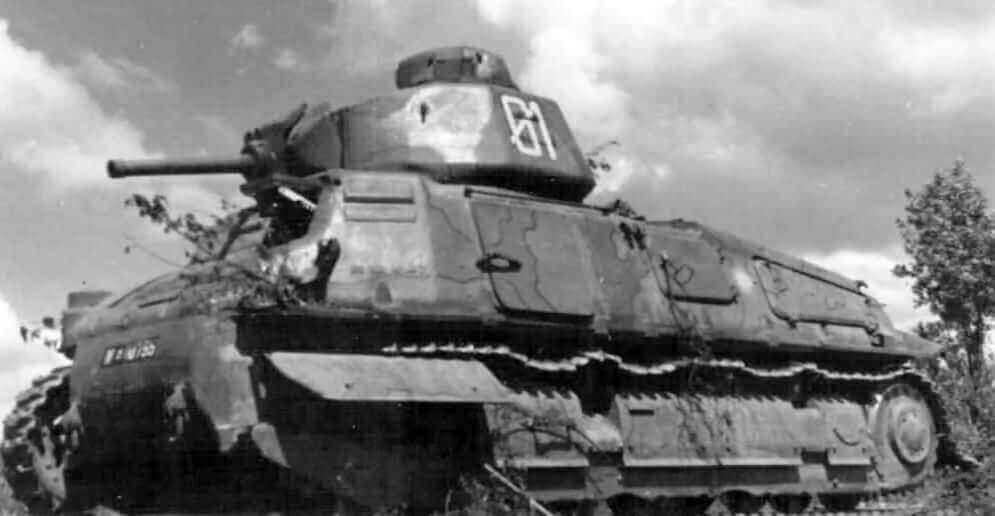 This medium tank was intended for the French cavalry (actually tank) divisions. Although it was developed by Somua in 1935, the vehicle was considered a very good tank until 1940, and was in French service exclusively.

The tank’s hull armour consisted of bolted plates; however the turret was single-cast. The maximum thickness of the armour reached up to 40 mm. The armament consisted of a 47-mm cannon and a 7.5 mm machine gun. The crew consisted of three people. There were about 500 tanks built of this type.

During World War II, the tank saw combat on the territory of France and Tunisia. About 300 S35 tanks were captured by the Germans during the war. They were incorporated into the German armoured forces and used for combat, especially in the Soviet Union. Some of the tanks were also converted to artillery tractors. In 1944, after France came back on the map of Europe as an independent state, the French army reclaimed a number of the once captured Somua S35. 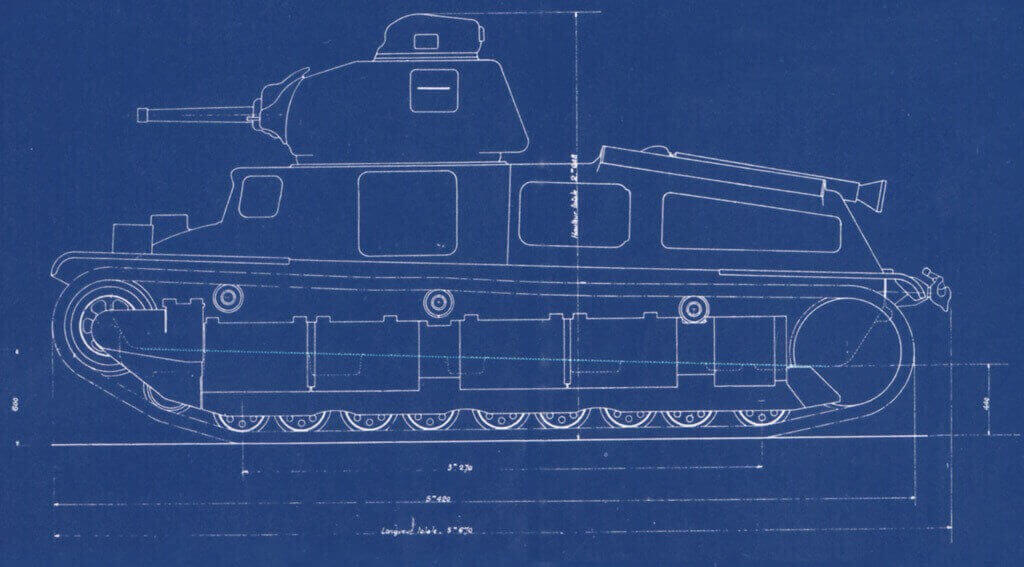 In the spring of 1939, plans have been prepared for the modernization of the Somua S35. Changes were proposed to the hull and suspension. However, the first prototype tank, later called Somua S40, got a new welded turret. The S40 was planned to be launched into production in July 1940, but this was prevented by the German invasion and the imminent defeat of France.

In 1942, in the occupied territory, a group under the direction of Maurice Lavirotta began to work in secrecy on the project of a profound modernization of S40. The main idea was to improve the characteristics of the tank while only minimally intruding into the design of the hull and the engine. In addition, there were plans of installing a new turret as well. It was designed by ARL, and the vehicle equipping it would be designated as SARL 42.

The hull upgrades included better angled armour plates, a simplified design, and of course a new turret. The turret made by ARL had a small silhouette when viewed from the front and was made by welding, which is unusual method for a French tank production.

Works on SARL 42 were discontinued in the autumn of 1942, when France fell under full German occupation. 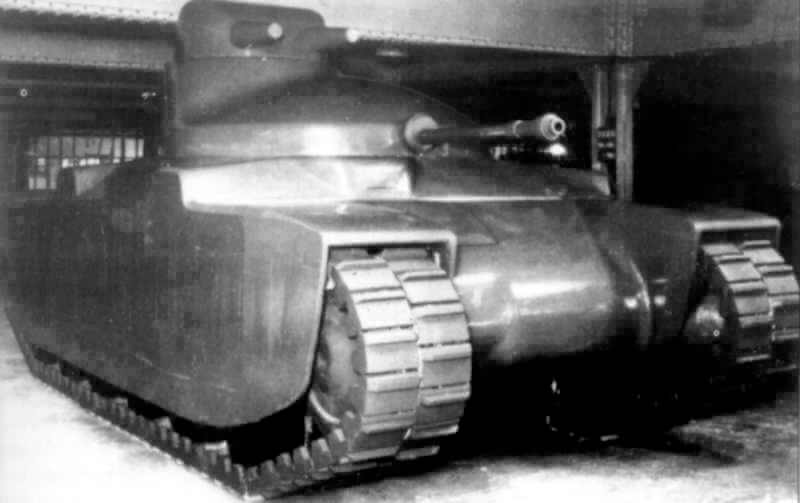 In the mid-30s a need for a new medium tank infantry support emerged. After agreeing on the specifications and adjustments (armour of up to 60 mm, cannon capable of combating the enemy armoured vehicles, and so on.), the project’s development was delegated to seven French companies, including Renault. The tank was given the designation G1.

It is interesting to mention that in the early stages of development, the design was offered the option of an uninhabited turret with a 75-mm gun, equipped with an automatic loading system. This is one of the first ideas of this kind in the world. However, the idea was dropped due to technical complexity of the design.

The G1R tank project was a tank with armour plates moulded at rational angles. The turret had a hemispherical shape and was moved to the rear of the hull. The main armament was a 47 mm gun, though the option of 75 mm was also considered.

There was only one prototype built. The project was not finalized because of the German attack in 1940. 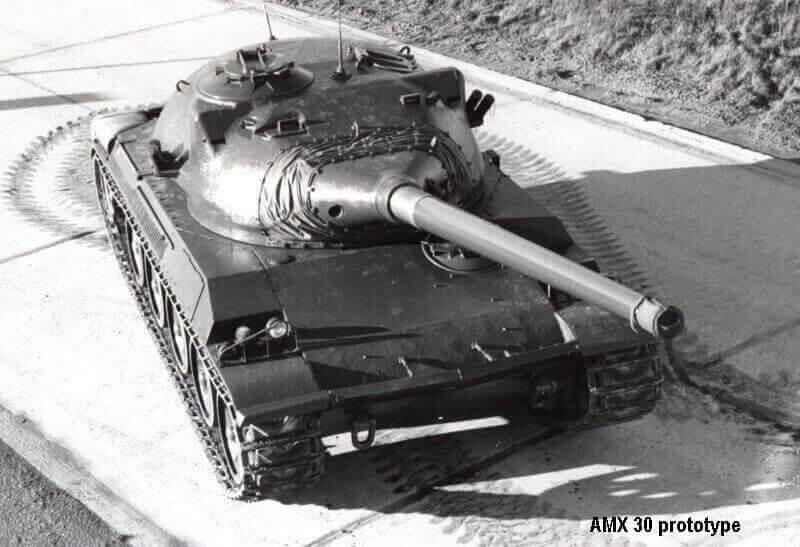 After a long break in the tank development, associated with the occupation during the Second World War, France made an effort to rebuild its tank industry quite quickly. In 1956, a joint Franco-German program was started to develop a common main battle tank.

The French concept seems controversial at first glance - the designers decided to abandon the heavy armouring in favour of mobility and compact size. In fact, the evolution of the HEAT shell which took place by the end of the 50s made thick armour lose much on relevance. Consequently, small and fast vehicles proved to be much harder to destroy in comparison.

The first prototype of the tank, which received the designation AMX 30, was built in 1961. It was the lightest vehicle among first-generation main battle tanks of NATO. AMX 30 could reach speeds up to 65 km / h on a road. The main armament consisted of a 105-mm gun.

After testing and development, which lasted until 1965, AMX 30 was adopted by the French army. 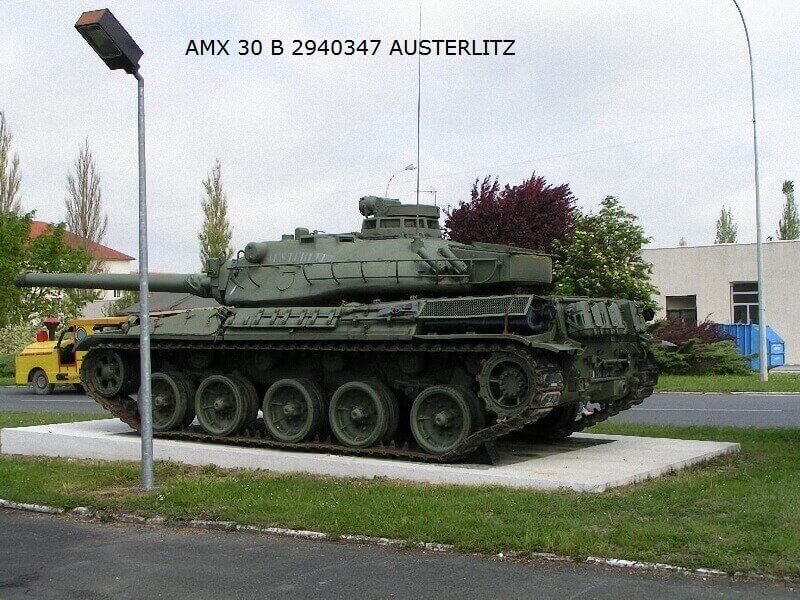 This production series of the French main battle tank developed in 1966 and put into operation in 1967. The hull of the tank was built using a method of welding and casting, whereas the turret was completely molten.

The commander's cupola of the new tank was equipped with a panoramic sight and the vehicle was powered by multi-fuel diesel engine. Moreover, the 105-mm gun could be managed by both the gunner and the tank commander. To improve the accuracy, the gun’s barrel was equipped with a thermal sleeve. Secondary armament included either a 12.7 mm coaxial machine gun or a 20-mm cannon and 7.62 mm machine gun, controlled remotely.

The French still relied on mobility with the AMX 30, although the mass of the new version was increased from 30 to 36 tons. The speed ​​did not suffer because of this thanks to the good engine. With a number of modifications, the AMX 30 remained in service in the French Army until 1997.