Although Germany is well known for its tanks today, the development of tanks in Germany did not happen overnight. What was initially developed was marginal at best. Let's head back in time to take a look at the history of Germany's first tank, the Sturmpanzerwagen A7V. 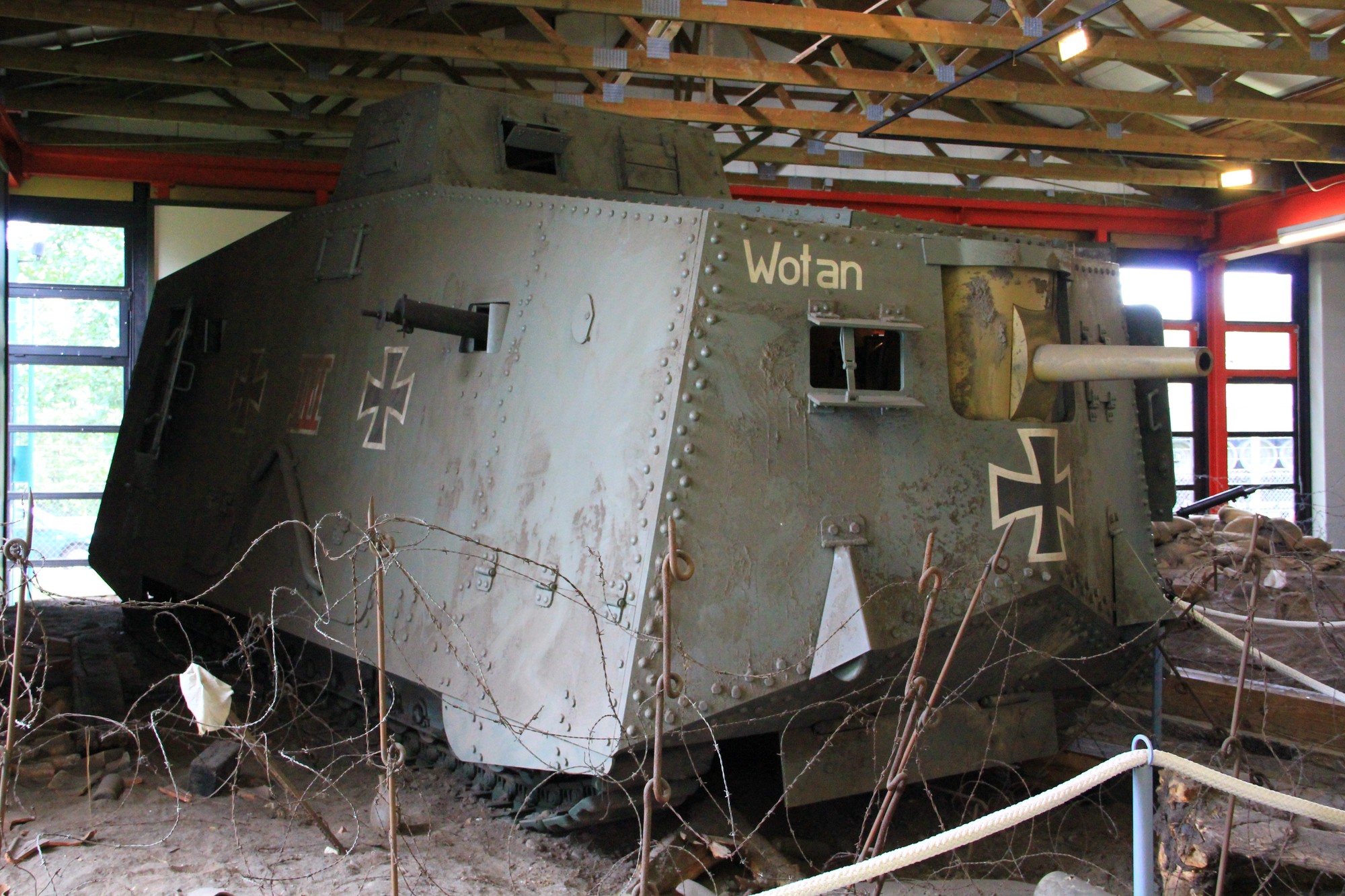 The first tanks to be used in combat were the "rhomboid tanks" developed by the Royal Navy, but there were other unique ideas that led to tanks elsewhere in the world. Prior to the Great War, there were draft designs for tanks in Germany and its ally Austria, like the "Motorgeschuetz (motor-gun)" turreted vehicle. In 1913, there was also an idea for a "Landpanzerkreuzer" (armoured land cruiser), but neither plans were adopted by the Army.

However, their confrontation with the British "Mark IV" rhomboid tanks in September 1916 pushed the German Army to develop their own tanks. The British Mark IV tanks were the first tanks to be deployed on the battlefield. There were male variants which were mounted with the 6-pounder guns (57mm) and female variants mounted with Vickers machine guns (7.7 mm).

The armour was 30mm at the thickest part, which was more than double that of the British Mark I. The main armament was the front mounted 5.7 cm Maxim-Nordenfelt cannon, which were mainly captured from the Russians. A total of 6 machine guns were mounted all around the tank as well. Several different layouts existed for the armament. Coil springs were used for the suspension, an important aspect of any tank. The springs absorbed a lot of the shocks from uneven ground and small ramps, but compared to the rhomboid tanks, the A7V lacked the ability to pass larger bumps and trenches, therefore making it unsuitable for advancing rough terrain with potholes from shelling.

The A7V was crewed by 18 personnel: a commander, a driver, one gunner and one loader for each cannon and machine gun, and finally two engineers for the front and rear fighting compartments. There was no intercom, so the commander had to order each gunner what to shoot, which was obviously impossible. The deployment of the A7V began in October 1917. The Army had ordered 100 of them, but only 11 were combat models and the rest were A7U supply carriers.

The Army had thought from the beginning that the A7V will not be of much use in combat. The German Army recognized the flaws of the A7V and used its components to try to mimic the British rhomboid concept. This led to the development of the A7V/U (Umlaufende Kette). The main cannon was up-gunned to 77mm and it would have been a powerful tank in the rhomboid tank family. However, the prototype was completed in June 1918, and the production was ordered in September. By then, Germany was clearly losing the war and the A7V/U was never put into production. Had the A7V/U been materialised, there were plans for an A7V/U2 with a machine gun on the commander's cupola, as well as an A7V/U3 with only machine guns. Tanks, however, did not see the light of day in the WWI German Army, and after losing the war, Germany entered into a long period of arms limitation. 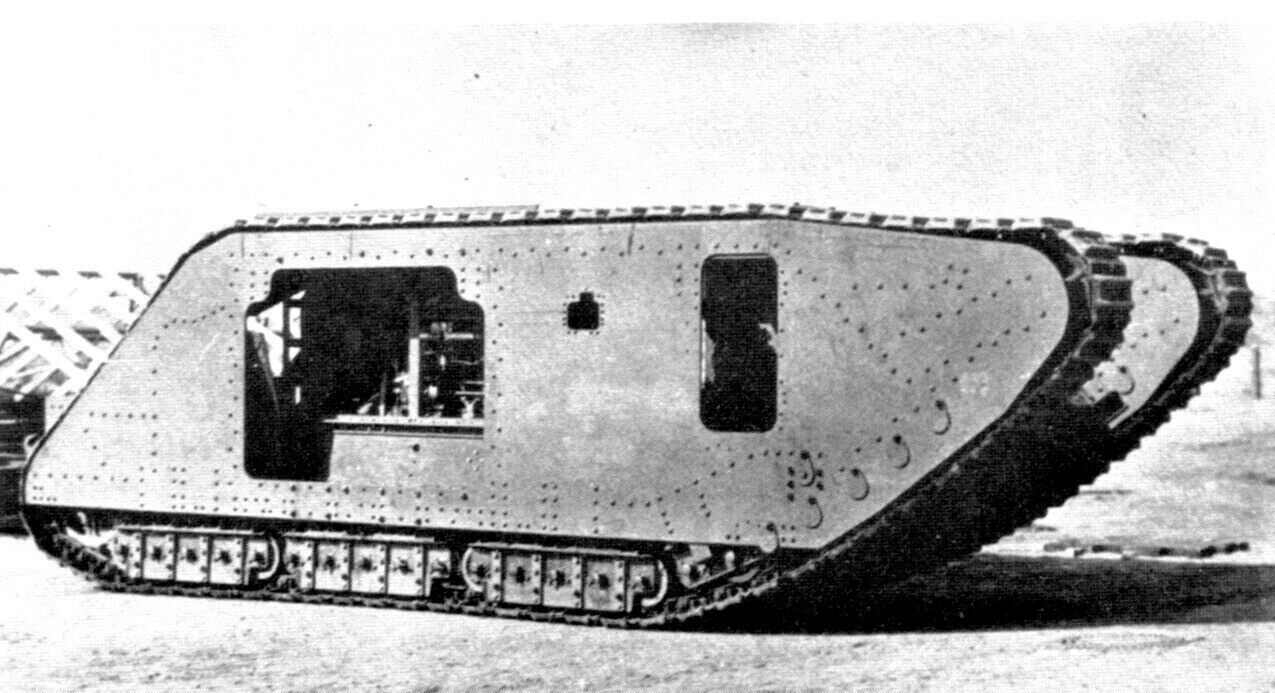 <German A7V/U had some features from rhomboid tanks>