Japan in the early 20th century was a different entity than the one in the present day. With a significant number of conflicts under its belt by the 1930s, Japan's influence in the Far East region had become formidable. Among other things that assured success of the country was the attention paid to technical innovations in the field of armament by the military high command.

It goes without saying that the Japanese paid close attention to the development of armoured vehicles. Japan began importing armored vehicles sometime around 1917 and in less than ten years began to field them in battles. These were mainly medium and light tanks that had enough firepower to engage, for example, China as a whole or (already during World War II) island-based garrisons that had no heavy armament.

Even so, the history of Japanese armored vehicles still has an underexplored page - heavy tanks. Information about the work of designers on this type of armored vehicle is extraordinarily contradictory and limited. But still, there is enough gathered to form at least part of the story worth telling about.

One thing can be said for sure: Japanese engineers had already begun work on heavy tanks, long before the first rumblings of the Second World War. The first prototype was named the Type 91 or 2591, which had been in the design phase since 1930. When creating their first heavy tank, engineers banked on their experience gained from the creation of the medium tank Chi-I. Incidentally, Tomio Hara, who would in time become the most famous Japanese engineer of armored vehicles, was formerly a member of the design team that worked on the project. 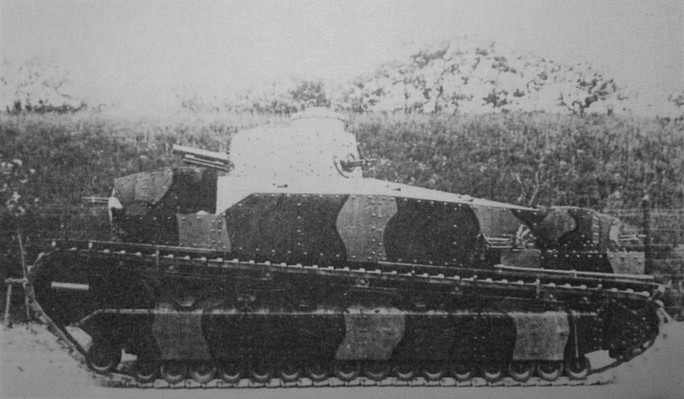 Top: During the pre-war period, Japanese engineers developed and created two heavy tanks: the Type 91 and the Type 95. None of them were in mass production, nor did they actively participated in battles.

The weight of the Type 91 was only 18 tons; according to standards of Western Europe or the USSR at the time, it could be classified as a medium tank. However, the Type 91 was also equipped with the 70mm gun, which allowed the vehicle to be considered as a heavy tank instead. Influenced by the British school of thought that preferred multi-turreted vehicles in the 1930s, the designers equipped the Type 91 with three turrets placed along the hull.

Only one prototype for the Typ3 91 was created. Despite the good impressions made, the vehicle was not sent to serial production - the military high command demanded a modernization.

The Type 95, the second and the last pre-war heavy tank, came into service in the Japanese army in 1935. While drawing up plans for the vehicle, designers paid particular attention to new technologies and increasing fire power. In particular, in addition to the 70mm gun that had a low muzzle velocity and was rather intended against protective structures and manpower, the vehicle was equipped with another 37mm gun. From the distance of 300 meters the gun could penetrate up to 30 mm of armor. With these upgrades, these made the Type 95 a very dangerous opponent for the Soviet T-26 and the BT-7 tanks which had thin armor. 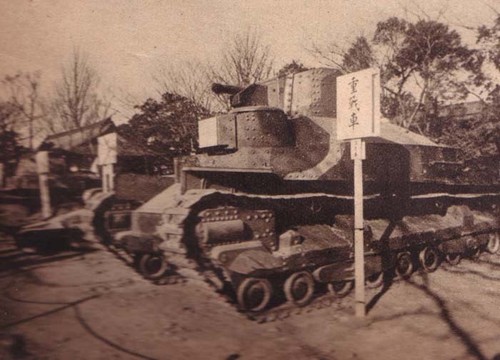 In comparison to the Type 91, the new tank weighed up to 27 tons heavier. Again, according to the Western and Soviet classifications, this armored vehicle was a medium tank, but the Japanese thought differently. They had all reasons to think so as well, since the Type 95 had no rivals in armor and weaponry in the Far East at the time. Meanwhile, the military had a contradictory opinion—they were impressed with its combat characteristics, but the lower speed due to the vehicle weight disappointed them. It was then decided to produce a limited experimental series and the order was sent to the Osaka Army Arsenal. The number of produced vehicles is unknown, but according to existing sources, there were less than ten in total. Basically, the Type 95 was used in training units on the territory of Japan. It was also known that in 1938 several tanks were sent to China and used in the final stage of the Japan-China conflict.

If the O-I had been built, it would have been the apex of Japanese armoured vehicle technology. Truth be told, however, the O-I is a real mystery tank. The information about this super-heavy tank is contradictory and limited. Only three facts are known for sure.

Fact #1: work on the super-heavy tank started after Japan was defeated in Battles of Khalkhin Gol in 1939.

Fact #2: the O-I was the name given to the vehicle by the Japanese Army. The Mitsubishi-Heavy Industries (MHI) referred to the vehicle as the 'Mi-To', as it was created in the MHI Tokyo Machinery Division. Because its development was interrupted by the war, the O-I and Mi-To are often mistaken as two different projects, but recent findings have revealed them to be the same thing. 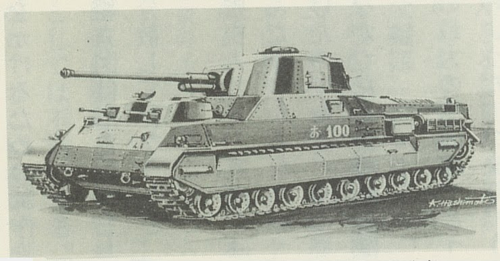 The development of the O-I was done under extreme secrecy and it was designed in a small isolated room inside a barrack. The departments of Mitsubishi all worked on different vehicle parts in isolation and did not know what exactly they were designing, and for what purpose. Only the designers from the secret room were authorized access to them all, as they were in charge of putting the technical puzzle together.

There were a great many technical challenges to be overcome before completing the vehicle, but it became gradually refined. As the project progressed, the vehicle became larger and heavier; in its smallest form the O-I is said to be about 100 tons, and in its final form around 150 tons.

Why would Japan need such a monster? Initially, when the war did not threaten Japan's home territories, these tanks were planned as assault vehicles. But their priorities would eventually change. In 1944, Japan’s defense perimeter based on islands of the Pacific Ocean was breached. A year later in April of 1945, American troops successfully captured Iwo Jima. It was clear that an enemy invasion force would inevitably arrive in Japan's shores. The super-heavy tank was consequently reassigned as a mobile fire unit, meant for coastal defense duties.

Initially, a 150 mm howitzer was chosen as its main gun, but in the final stages naval guns of calibers 100-150 mm were considered instead. Such guns had good range and enough firepower to deal significant damage to light landing craft and any escort ships. At the same time, the armor of super-heavy tanks would provide safe cover from explosions and shrapnel. Such mobile pillboxes could be destroyed only with a direct hit, which provided yet another advantage, as most warships could not accurately fire at point pargets.

However, the Japanese engineers stopped working on the O-I before the end of the war. The hull was completed, but there were problems with the running gear, and the vehicle did not pass field trials. If completed, several variations and upgrades were said to be proposed, but further development on this vehicle remains a mystery.