It’s got a big gun; its frontal armour can save you from a disastrous hit; its visibility is nearly unmatched in its class. The WZ-113G FT is about to hit the stage in the upcoming Update 9.20, leading an all-new line of Chinese tank destroyers. But the road to Tier X will be long, so at a certain point, an inevitable question comes up: “Is it worth it?” In this article, we’ll try to figure out if this machine fits your play style. 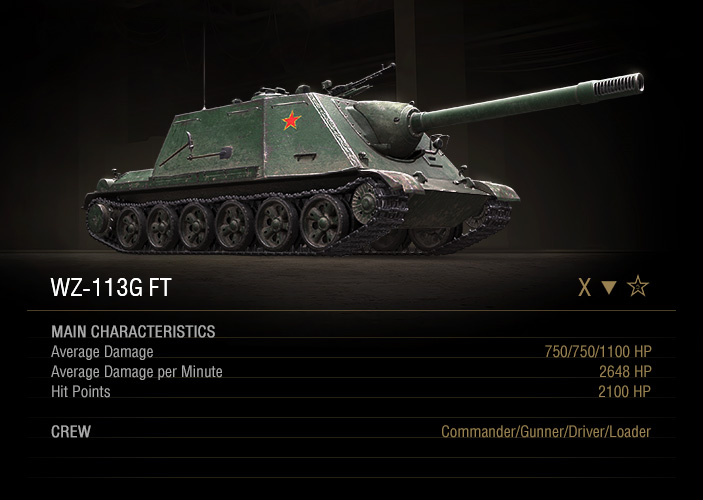 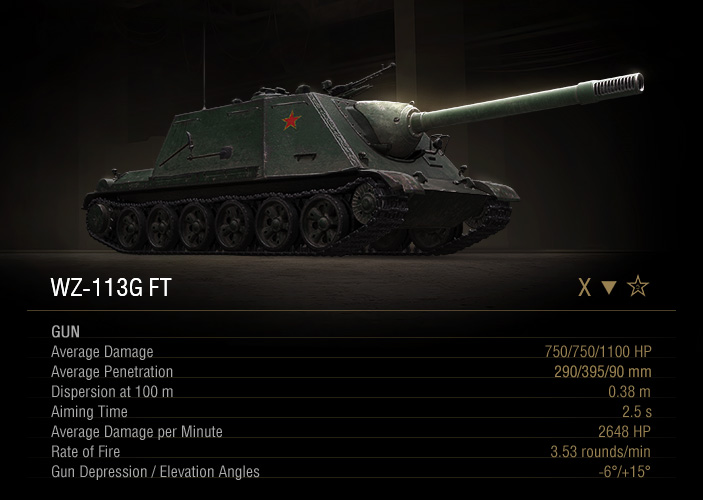 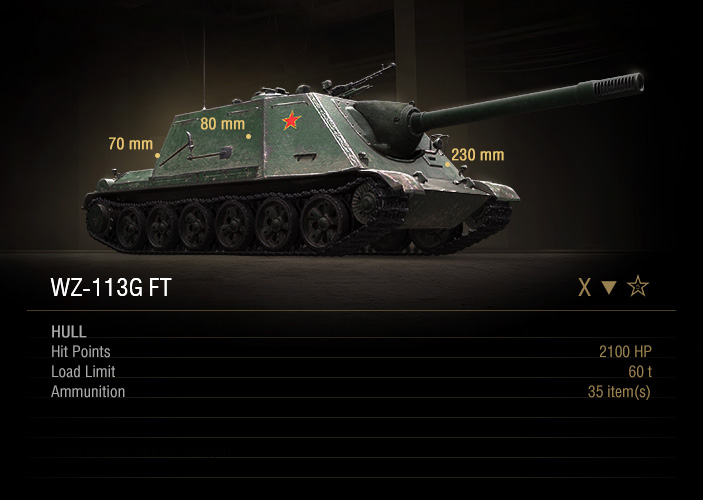 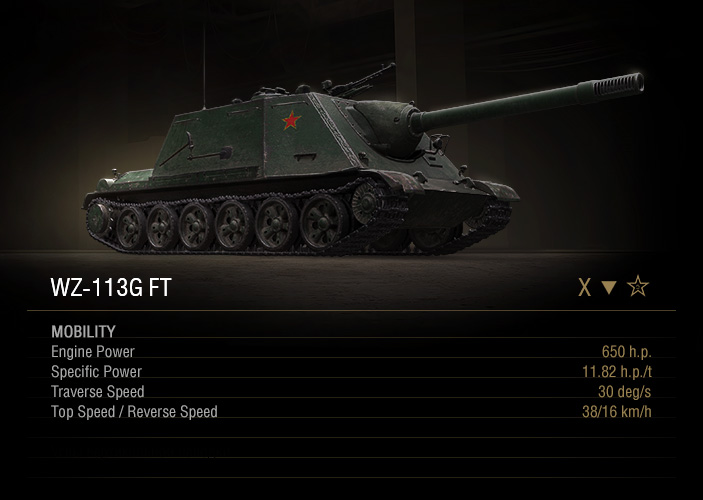 Fire rate and alpha damage are the two parameters the WZ-113G FT can be praised for. However, each of the two would not mean much by themselves; it’s the combination of both that turns this tank destroyer into a fearsome weapon. The WZ delivers a whopping 750 strike every 16 seconds, and while the gun doesn’t possess outstanding sniping abilities, its effectiveness at close- and mid-range is remarkable. Now, if only you could get there quickly…

…which you can! Its max speed allows the WZ-113G FT to become an effective fire support vehicle or confuse the opposition by rapidly changing its location. What it's best used for, however, is closing the gap with enemy vehicles and leading the charge.

A solid argument for that is the armour. The WZ-113G FT can serve as an assault vehicle, tearing through enemy defenses or supporting first-line allies. The upper-front plate reaches as much as 310mm of effective thickness, not to mention the 340mm-thick mantlet! In other words, this thing can absorb some serious punches... until you expose your lower-front plate, which is only 190mm thick. You'd better not place yourself on a flat surface in the heat of a battle, as all your strengths can be ruined by a single steel plate.

However, this drawback can be compensated for with a curious peculiarity of your gun. You see, it has a depression rate of –6 degrees, so the WZ-113G FT can become a true threat when it comes to hilltop combat. Atop a hill, nobody can see your weak spot, and few can pierce you through your upper armor... but what everyone will see is that 152-mm barrel pointing straight at them. Who's the king of the hill now?

It’s hard to mention visibility as an advantage when it comes to top-tier machines, but in its league, the WZ-113G FT is the third best, with only the Object 268 and the Strv 103B ahead. This feature is accompanied by one of the best view ranges among all Tier X tank destroyers, meaning that if you don’t fancy being a front-line attacker, you can always opt to engage from longer distances. Bear in mind that gun accuracy requires a lot of concentration.

The WZ-113G FT is an all-rounder capable of performing a wide range of actions on the battlefield, and which has certain weaknesses that it must hide. Here are a few hints you might find useful:

Don’t be a lone wolf. Remember, this is a tank destroyer, and the only part of your body the enemy is allowed to face is your frontal armor. Stick together with your allies and check the minimap regularly; missing a pack of flanking medium or light tanks will lead to your demise.

Hide your lower armour plate. Always find shelter, where that fragile sheet will be protected. It can be a rock, a hill, a ruined building, a destroyed ally—anything you find on your way to victory. Don’t forget you're not meant to go toe-to-toe; let the IS-7s and E-100s do the work. Your goal is to stay alive and keep pounding.

Change your position. You can always switch to long-range combat (remember that visibility/view range ratio?) and use your size advantage to remain unseen, pelting enemies from distance. But every shot you make will disclose your position, so, make sure you’re gone from enemy radars before firing another 750-damage shell.

If you’re the type of tanker who loves leading the charge and keeping the enemy on edge, the WZ-113G FT can be a pretty sweet option. This machine is was made to help press the attack, and has all it takes to do so: great armour, decent mobility, and impressive firepower. Just keep in mind that the lower front plate of armour needs to be hidden to remain effective.