With the new Update 9.12 in World of Tanks, a new tutorial mode, “Proving Ground” will be available. What is it and how useful would it be? You’ll learn in this article.

What is “Proving Ground”

“Proving Ground” is a tutorial PvE-mode that helps new tankers familiarise themselves with World of Tanks. It allows them to get acquainted with basic elements of game mechanics and to prove themselves in battle with an opponent.

PvE (Player versus Environment) – is a term used to describe battles between players and bots.

In order to access the “Proving Ground” mode, you need to click on the menu with Random Battles and choose the mode from the drop-down list. For players with less than 10 battles, this tutorial mode will be chosen by default. 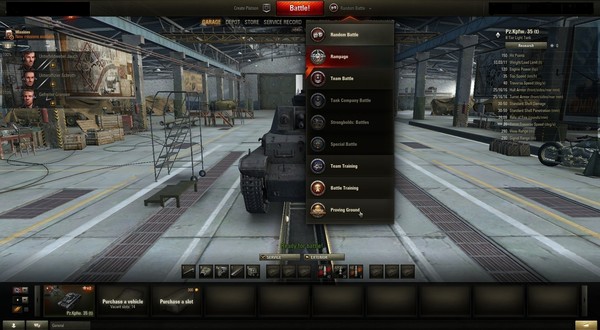 The main feature of “Proving Ground” mode is that there are bots acting as opponents. Battles take place in 10x15 format. On one side there are players, from 3 to 7 tankers, with bots. The opponent team will consist of 15 bots. 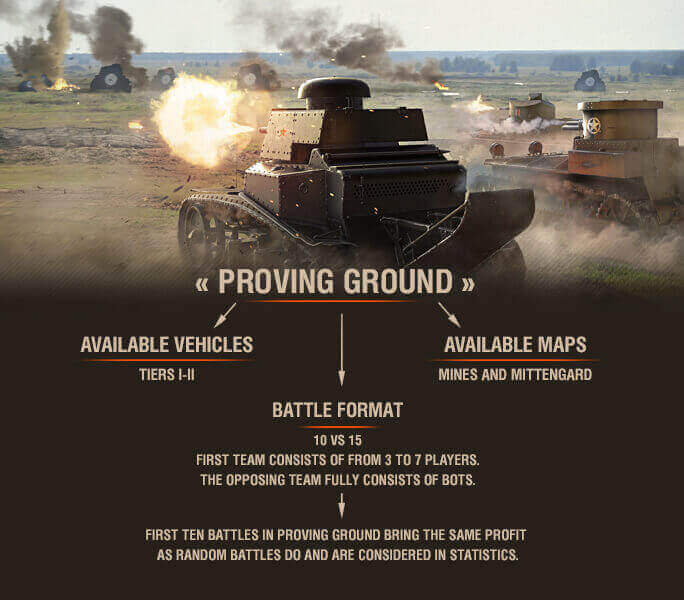