Update 8.11 is now LIVE! Put your skills to the test and do your favourite nation proud by playing the newest game mode: Confrontation, or tour the newest map that's sporting a wintry feel. With two more map variants featuring slightly different environments, new medals and awards to attain, there's plenty more to do and see in this update!

Think your team can dominate the battlefields with Soviet armour, or overrun your enemies with French vehicles? Find out now! The newest game mode to hit World of Tanks, Confrontation will allow players to participate in epic battles between two different nations. 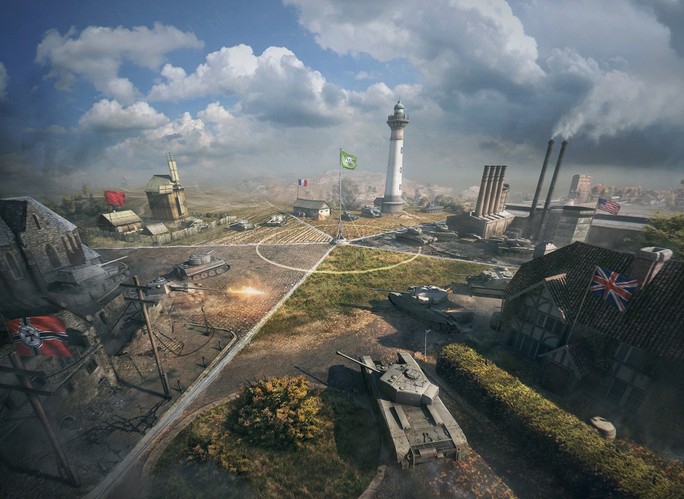 If you have already installed World of Tanks, all you have to do is start the game launcher and let the client automatically update by itself. Otherwise, you can download the 8.11 game client from the following links:

Take the opportunity to battle across the newest map in the game, 'Windstorm'. The cold environment may prove to be a nice change of scenery, but don't let your guard down; your foes may be lying in wait in one of the many terrain features.

Two of our favorite maps, given a fresh coat of paint. You now have the option to engage in battle at Ruinberg as the fires blaze in the rainy night, or in Himmelsdorf during wintertime.

Besides the addition of a new map and tanks, Update 8.11 will also be making improvement on existing content such as: