The Great Four: A Historical Article on Modern Tanks

One of the main principles in organizing modern armored forces is vehicle unification. Out of this principle appeared the idea of the main battle tank (MBT). Such vehicles are fit for completing quite a wide range of tasks, from fighting the enemy armored vehicles to destroying fortifications and troops. 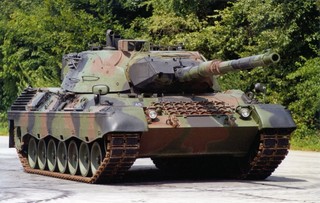 Post-war Germany was armed with American M47 and M48 tanks. The military, however, was not quite satisfied with their characteristics, so in 1956 the German authorities initiated the work on a new universal tank. German engineers cooperated with French and Italian specialists, but due to controversial requirements, the universal "European" tank never came to be.

The tank saw numerous modifications. The last one was introduced in October 1986, when more than a thousand Leopard 1 tanks, still used by Bundeswehr, were upgraded to Leopard 1A5. The main change was in the mounting of a new fire control system, EMES 18.

Mounting of a 120-mm smoothbore gun from the Leopard 2 was also considered. But in the end, this option was ruled out, because the German army started removing the obsolete Leopard 1 tanks from service in 2000s. The exported vehicles of this type, however, are still used all over the world, from Australia to Canada. 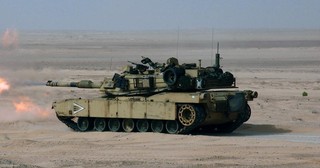 In 1962, Germany and U.S.A. started joint engineering works. These works were part of the Main Battle Tank 70 program meant to create a universal tank for NATO. The joint efforts were supposed to bring a quick and cheap result, yet it was clear from the very beginning that the sides had rather different requirements. The Americans, for example, were going to equip the tank with a 152-mm gun, capable of launching guided missiles. The Germans, in their turn, were going to settle for a simple 120-mm smoothbore gun.

The initial budget of 80 million dollars was quadrupled by 1970, and the tank itself cost over a million dollars. The joint program was shut down, and after much effort and improvements, the Americans were able to bring the cost of the future tank to an acceptable level. In 1981 the vehicle made by Chrysler entered service; the tank was designated the M1 and given a proper name: Abrams.

First mass-produced Abrams were equipped with a 105-mm gun. Starting from 1984, the tank was upgraded to its M1A1 version with better armor protection and a German Rheinmetall gun—the one that was supposed to be mounted back in 1960s. Today, the M1A2 version is considered to be the most up-to-date variant, and the M1A3 version is being engineered. The production of the new Abrams was stopped in 2001, with about 11,000 vehicles built in total. 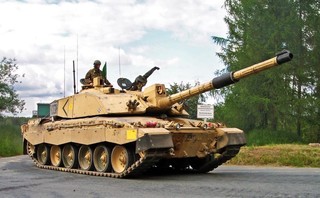 The engineering of this vehicle started as part of the joint program called Main Battle Tank 80. German engineers collaborated with the British specialists from the Vickers company. After the program was shut down in 1972, the English used it to build the Shir-2 tank ordered by an Iranian shah.

After the Iranian revolution in 1979, the supply contract was terminated, leaving Vickers with seven experimental vehicles of the FV 4030 project. Those vehicles became, in a way, a "suitcase without a handle": too heavy to carry, and too precious to drop. As ordered by the British government, the work continued, and the Iranian Shir became the British Challenger 1. The reason for overhauling the tank was the loss of the English at the traditional NATO tank contest called Canadian Army Trophy in 1987. By 1994, the work was complete, and the new tank featured only 5% of the Challenger 1 components.

The Challenger 2 is a typical example of the British tank-building. Its combined Chobham armor is considered to be one of the best in the West. What is not considered to be the best is the outdated 120-mm rifled gun capable of shooting HESH shells, as well as the Perkins engine, which was not powerful enough for a 60-ton vehicle. 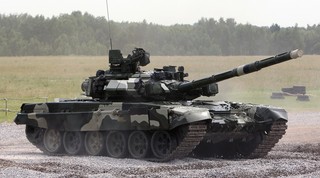 After WWII, there was a severe competition among the manufacturers of armored vehicles in U.S.S.R. As a result, in the mid-80s the Soviet army had three types of tanks and one modification in service. It was a breach of the requirement about the maximum unification in this area.

It took a great effort for the engineers of Uralvagonzavod to get permission to do an extensive modernization of the T-72 tank, which was the most mass-produced vehicle in the Soviet army, yet not the perfect one.

In 1989, trials of the vehicle started, and in 1992 it was adopted by the army, designated the T-90. One of the key changes was the installation of a full-fledged fire control system, as well as the increase in armor protection and improvement of a number of other characteristics. The vehicle was well-received by both native and foreign customers, and about a half of the produced tanks were exported. The main customer was India: as of 2013, about 800 T-90s vehicles were in service there.