Other Features in Update 9.10

Update 9.10 for World of Tanks will soon be unleashed to the world in the near future. In addition to the new branch of Japanese Heavy Tanks, a new system of map ranging depending on battle level, improvements to Team Battles, and other changes will be available for players. Read on for a detailed description of improvements to Team Battles and the final information on map ranging.

Ranked Battle Restrictions — to reduce time taken to find suitable opponents in Ranked Battles, it was decided to concentrate Permanent Teams on particular servers within specified time periods. Ranked Battles will therefore be unavailable on the Asia server from 02:00 - 08:00 UTC+8.

Changes to Economy — The income rates for Team Battles will be changed. Credits and experience penalties for the losing teams are also slated to be removed.

Update 9.10 introduces a brand-new system of map ranging depending on the battle level for Random battles. For map ranging the following points have been considered:

Matching specific maps to battles tier. Map ranging serves to determine convenient level ranges for each map. For instance, large maps are not suitable for low-tier battles and vice versa.

Simplifying map layout for easing new players into the game. The map set available for newcomers on low tiers has been changed. Now there are more simple and understandable maps that allow them to learn basic game mechanics of World of Tanks.

Staged involvement to the game. There are currently 40 maps available in total. With Update 9.10's release, the number of maps will be increasing with the battle level, which will make exploration and familiarisation of these maps much easier. 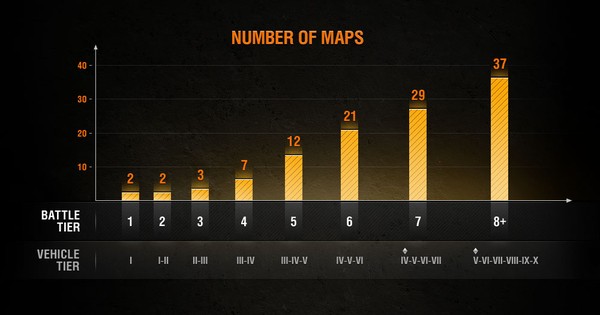 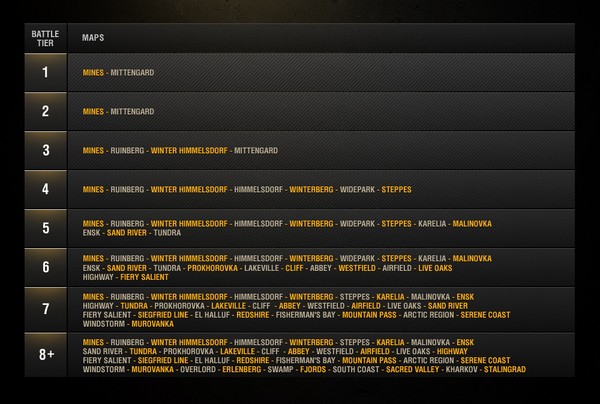