Note: Domination is now available to play in the Common Test. Try it now!

A new in-game event will soon be released in the near future. Tentatively named as 'Domination', this will be a vastly different affair from what you may have come to expect in World of Tanks.

So what exactly does Domination have to offer? In short, players can look forward to the following when they join a Domination battle:

In Domination, a battle is fought between two teams of 15 or 10 players each, depending on the map. The maximum duration of a battle is set at 10 minutes.

The goal of each Domination battle is to gain more victory points than the opponent team. The battle can be finished before the set time elapses. To do that, one of the teams must gain 150 victory points.

Flags will be available for capture during a Domination battle. To capture a flag, players must go near one until the flag is considered 'taken'. After that, the player holding the flag will need to move it to the flag deposit point. If done successfully, the team will be awarded points, and the flag's position will be reset.

In one of the Common Tests, we will be experimenting with two different formats to flag capturing and returning points in the maps: 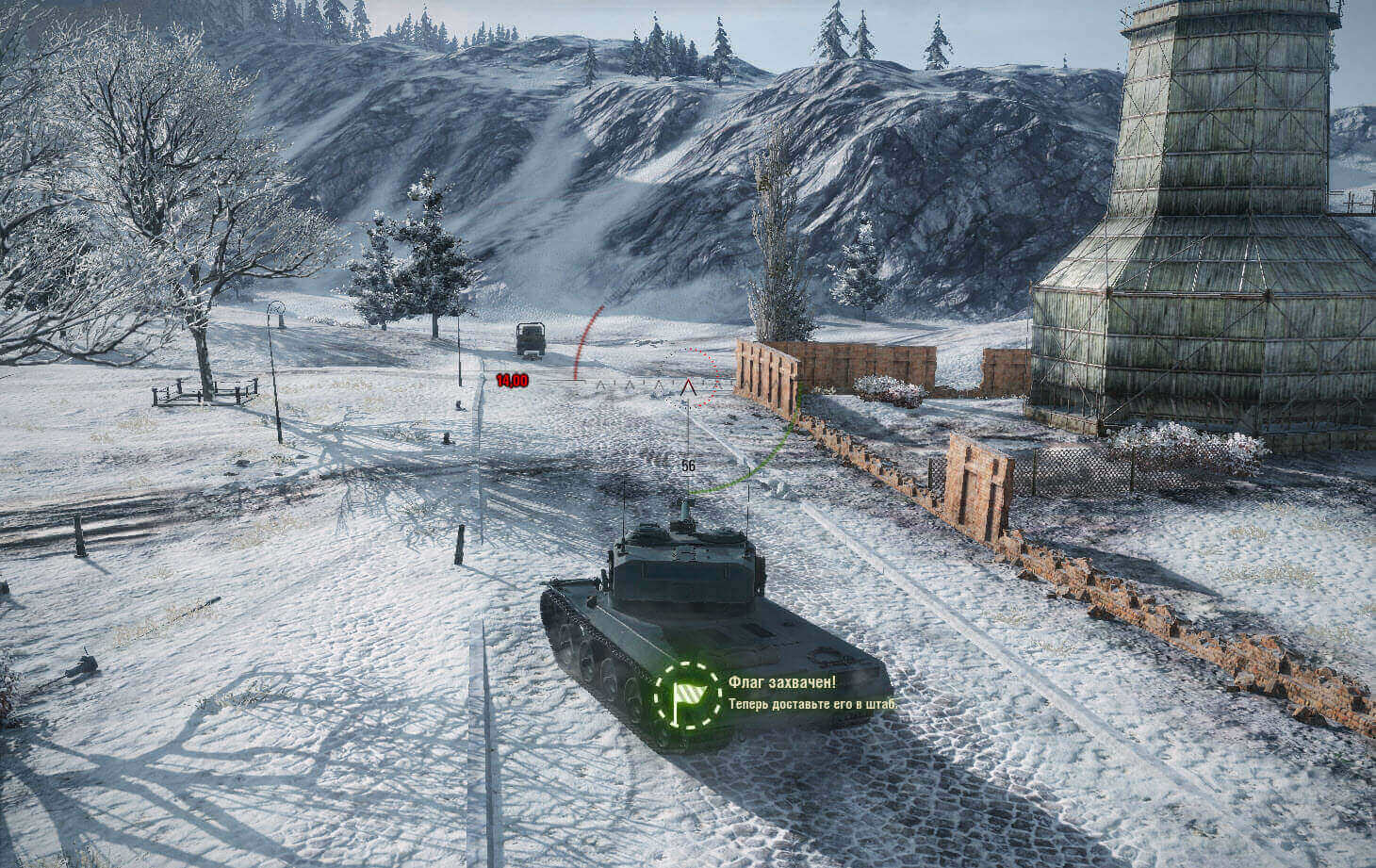 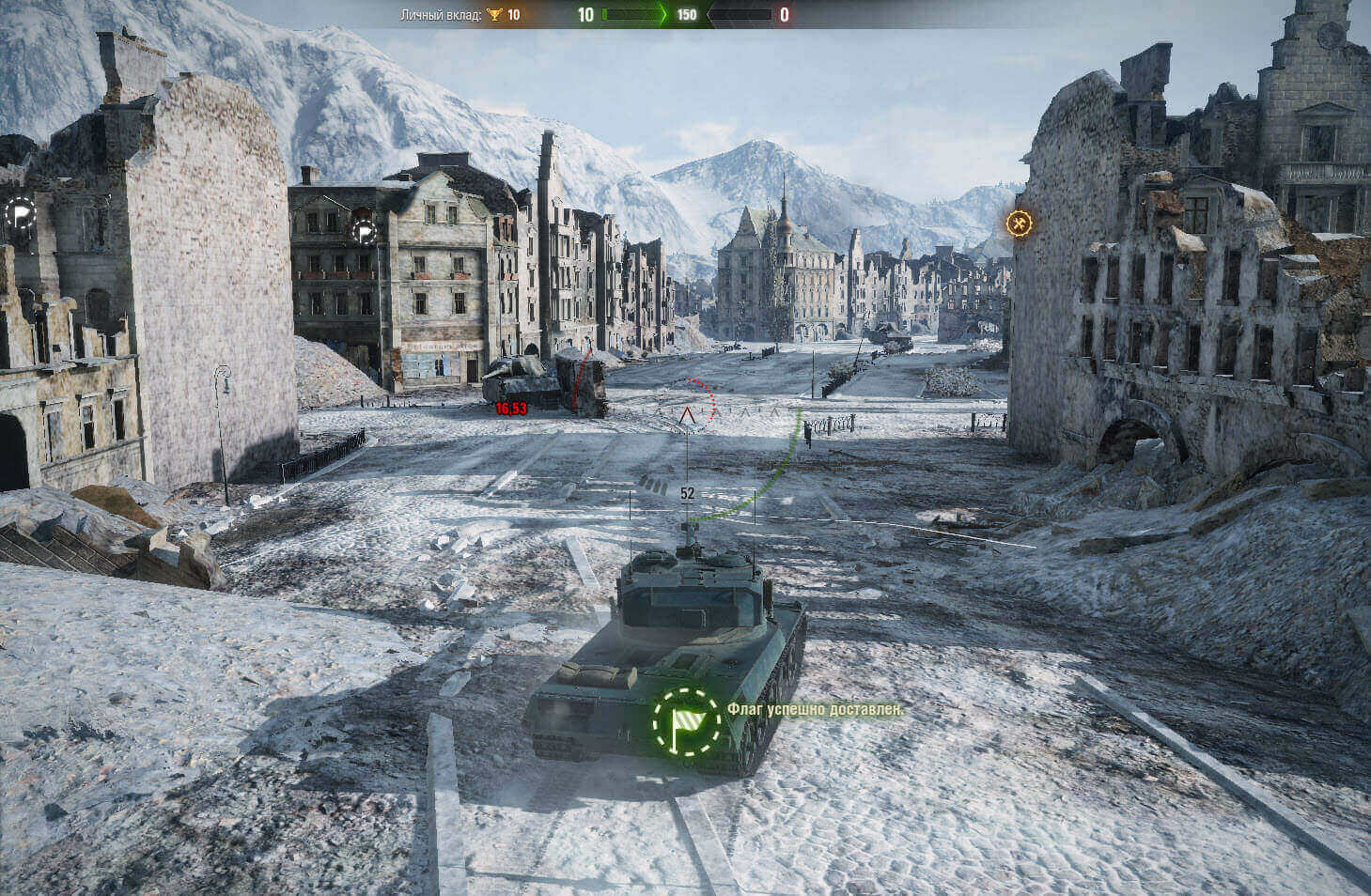 Besides capturing the flag, one of the most important features will be the ability to respawn after the destruction of the player tank during the course of one battle. After your vehicle is destroyed, you will be able to access a menu to choose another vehicle and respawn into the same battle.

Players will only be granted 10 seconds to choose a new vehicle, and destroyed vehicles cannot be chosen in the next 30 seconds. However, players will be able to respawn an unlimited number of times. Each time a player respawns, his or her tank will receive full ammunition and consumables, the type of which will depend on the player’s choice in the Garage. 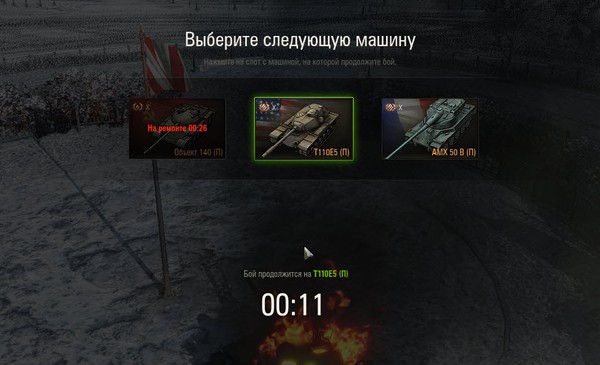 Three vehicles will be available for use in this event: the Object 140, the Т110Е5 and the AMX 50B. These tanks will retain their technical characteristics similar to the ones available in normal battles and will be credited for free during the event start. In order to join a Domination battle, all three vehicles should be prepared. Additional equipment, consumables and crew transferring will also be available, as well as any camouflage and emblems you may wish to install.

Each map in Domination will include 4 zones to repair a vehicle and replenish its ammunition. To activate these zones, a player must move their tank within the yellow circle (marked on the mini-map with a corresponding icon), and wait 5 seconds without incurring additional damage or leaving the circle's boundaries. If a tank receives damage, the timer will be reset. 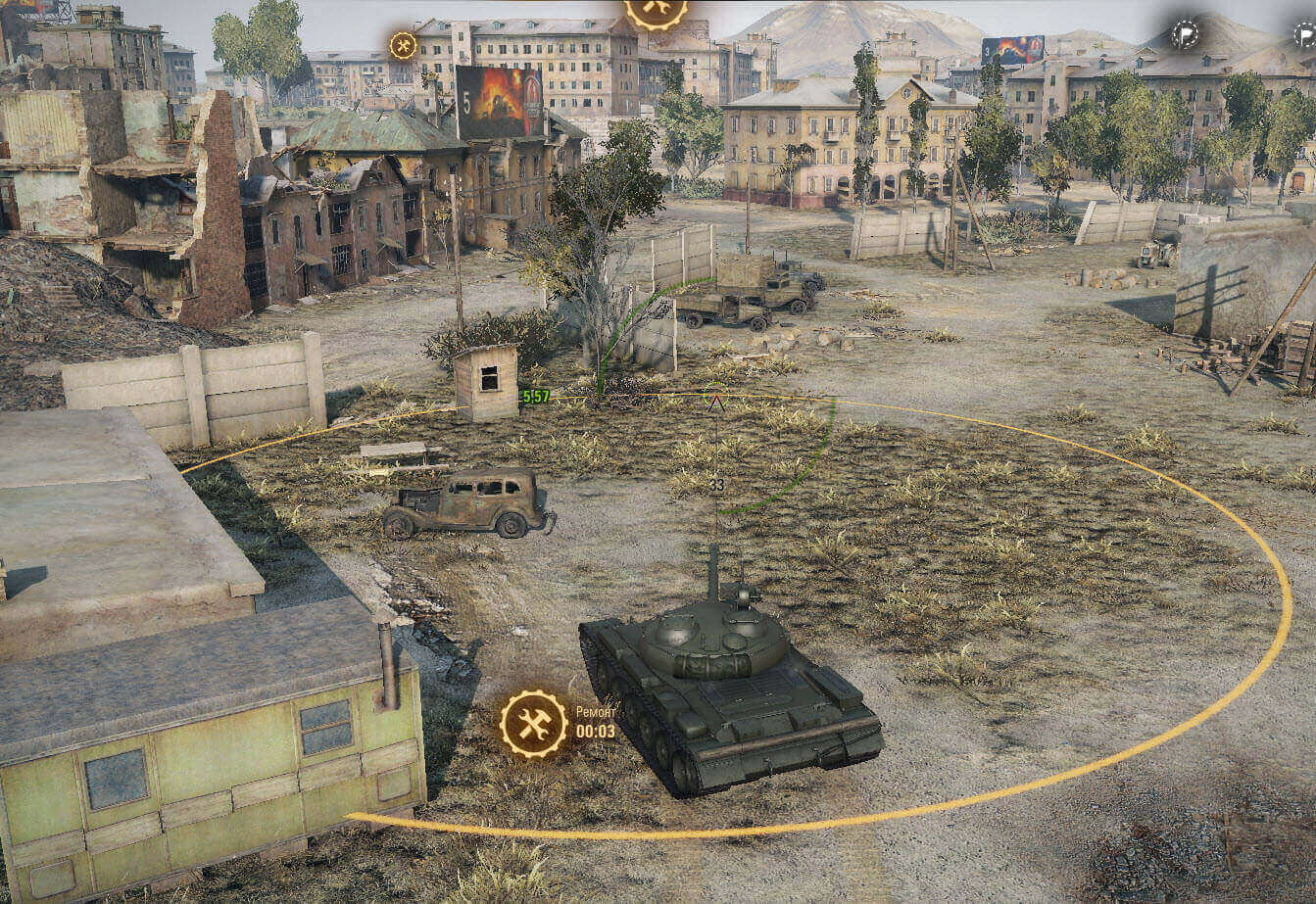 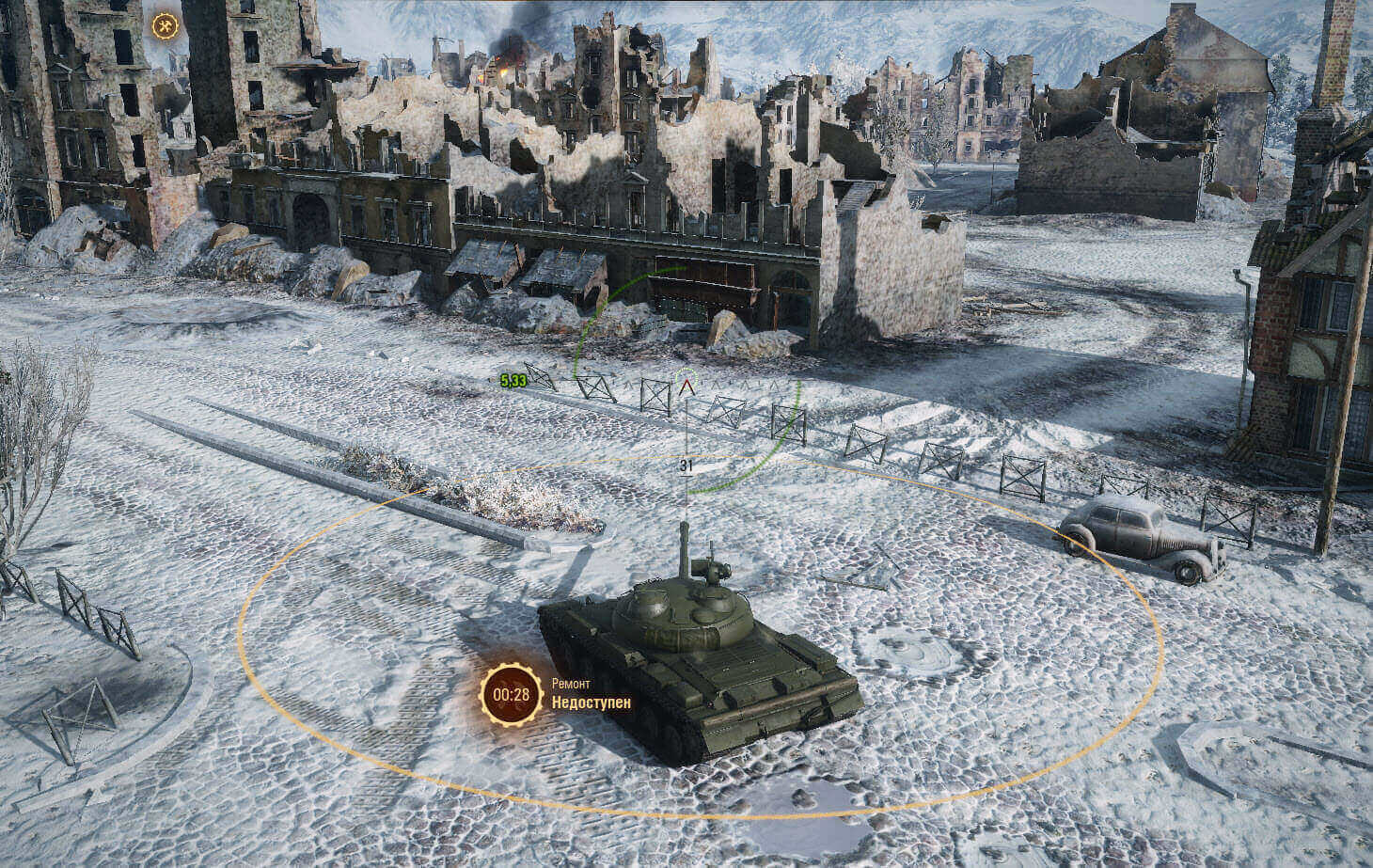 After a player repairs a vehicle in a Repair Zone, it will become unavailable to that player for the next 1 minute. The unavailability of the Repair Zones is tied to individual players only, which means that other players can still use the same zone that their ally or enemy vacated just moments ago. As the circle is big enough to accommodate several vehicles, more than one player can use the Repair Zone at any one time - even players from opposing teams.

Experience and credits in the event will be credited for active actions in the battle, including opponent detection, damaging an opponent, or capturing and delivering the flag. The EXP, credited to vehicles at the end of the battle, will be determined based on individual statistics of the battle for each tank.

Premium shells will not be available for all vehicles during the Common Test version of Domination.