The Radley-Walters is a medal coveted by all World of Tanks players. It is awarded to players in vehicles tier five or higher for destroying eight or nine enemy vehicles in one battle. But what do we know about the man behind the medal? Let’s look at the history behind the epic career that Sydney Valpy Radley-Walters achieved, and why we remember him with a medal for his valor on the fields of World War II. 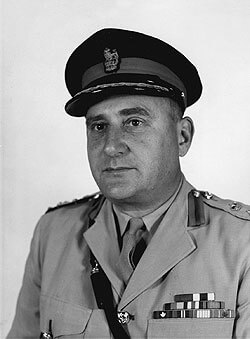 Radley-Walters was born in Gaspé, Quebec, Canada and began his military career in the Canadian Army in October 1940, commissioned to the Sherbrooke Fusilier Regiment. Two years into his service and now under the rank of infantry officer, his regiment was redeployed within the 27th Armoured Regiment during the January of 1942, while Canada was now deep in the Second World War.

It was this moment that would see him set for the beaches of Normandy during one of the most pivotal conflicts of the War - D-Day. Radley-Walters was given a Sherman Firefly nicknamed “Caribou” and on D-Day + 1, while fighting the 12th SS Panzer Division, Radley-Walters was credited with his first of many kills in the upcoming battles.

Taking out a Panzer IV despite no extensive training in tanks beyond his standard infantry training. His lack of tank experience didn’t hinder his successes, and he was given command of a tank squadron in his regiment.

As the battles proceeding D-Day followed, Operation Totalize was launched by the Allies, with Radley-Walter’s regiment taking part. It was here, just outside the town of Saint-Aignan-de-Cramesnil (mention the broader area its near/within), that his squadron would ambush the SS Heavy Panzer Battalion 101; lead by none other than the tank ace Michael Wittmann a.k.a. The Black Baron.

A short battle ensued where the Germans were heavily outflanked on both sides. In the crossfire, a shell from one of Radley-Walters’ squadron pierced the upper side hull of Wittmanns’ Tiger I and ignited the ammunition.

A few minutes later the field was wracked with a huge explosion, and the turret of the Tiger was blown from the hull, landing several meters away. The rest of the German Battalion 101 was taken out in a battle lasting just under half an hour. 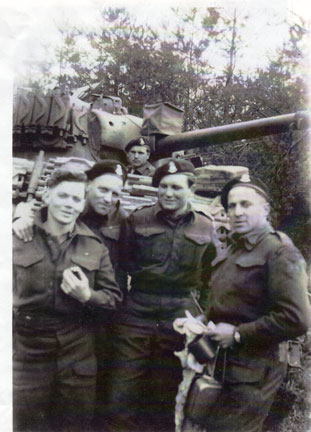 In the months and years following D-Day, Radley-Walters would go on to fight in many more battles and was known among his regiment for his care and respect of his fellow soldiers. He took morale very seriously, and something that was of upmost importance to him was protecting his men from the mental traumas of war.

But his career was not without toll, he was injured twice in three instances where the Shermans he was commanding were destroyed; and injured once more when a hidden land mine detonated under his scout car, rendering him unconscious.

Despite these setbacks, he once again mounted a Sherman each time and by the war’s conclusion was the top tank ace of the Western Allies, with a total of 18 Panzer kills, as well as numerous other armoured vehicles. He was awarded the Distinguished Service Order and the Military Cross for his incredible leadership and gallantry as a squadron commander.

“I don’t say that I was necessarily popular,
but I think a lot of guys who fought with me…
agreed with what I was trying to do....”