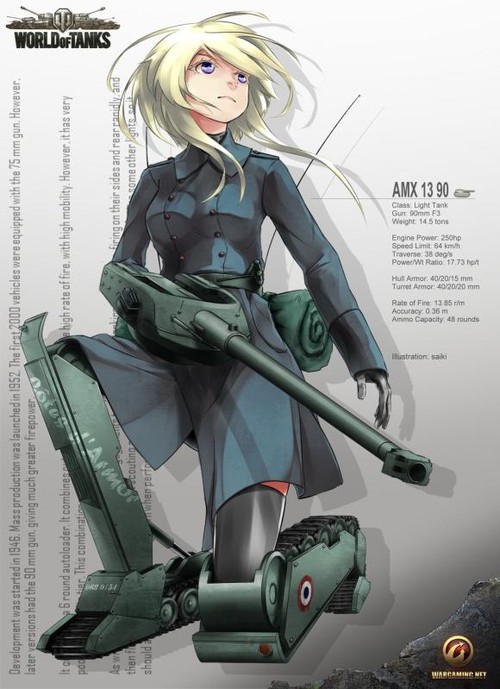 Meet Saiki, the brainchild behind one of the winning entries for the Armoured Persona Contest, a contest which was introduced in May to create a human character design based on the AMX 13 90 light tank. If you had enjoyed his artwork as much as we did, read on to learn more about his art style and the inspirations behind his masterpiece!

1. How did you first get into drawing? Can you tell us more about your drawing style and preferences?

I first got into drawing when I was a kid. I was a big fan of mecha anime, which led to lots of wasted school notebooks :D I like sketching during my free time as well. My drawing style is heavily influenced by Japanese character illustrations, which later on developed into my own, which more or less makes it livelier and more colorful.

2. How did you first conceptualize your artwork? And where do you draw your inspiration from?

For the work I submitted for this competition, I started by researching WWII French soldier uniforms, and then looking at tank tracks and mechanisms.

3. Do you have a process that you follow when creating your design?

Yes. I have a process when designing characters, but it's different for each work. I guess I tend to wing it depending on the circumstance.

4. Which was the easiest and hardest part when creating the character?

Designing the uniform was the easiest part. The hardest part was integrating the tank tracks and road wheels to the character without it looking awkward.

5. Does the character you designed for the contest have a name? If no, what would you name it?

No, I haven't thought about naming the character. But if I would give her a name, I'd call her "Ann". 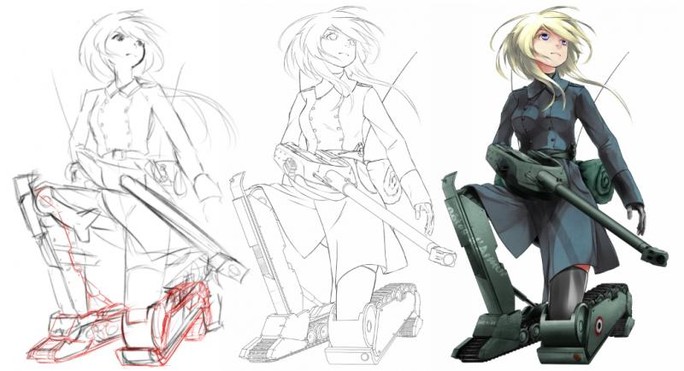 6. What is your favourite feature of your character?

My favorite feature is the armored component. Her legs and feet are built to be functional.

7. What are the some of the other things you have worked on related to World of Tanks?

I do not have any other works related to World of Tanks, but would love to start on another one, if given the opportunity.

8. In terms of tank design, which tank in the game is your favourite and why?

By far, I think the Tiger I  is my favorite tank design because of its menacing, boxy look and overall, it's a tough-looking tank.

9. Do you have any advice for fellow tank commanders who want to get better at drawing?

Don't just play the game. Be very observant. Have a keen eye for detail and study how things are built and what their functions are. And then draw them - draw them all the time!