After a short break for Easter ANZPL is back! As usual, we’re here to break down all the action for you with a highlight from each match up as well as a recount of everything that went down to catch you up to speed if you’ve missed out!

Starting with a Skorpions attack on Ghost Town the first battle looked like it could have gone either way. Both teams traded kill for kill until the Skorpions managed to bring it down to a two on one with Callum being the last Conqueror standing. Napalmer and Russian moved to cap with seconds to spare when Callum reemerged to get a perfectly timed reset and steal the win. The Skorpions stepped things up in the second battle, executing a perfect crossfire defence and bleeding out the Conquerors with some great hull down play coming out from JT and Napalmer. Moving onto the third battle on Himmelsdorf the Skorpions again played well, having the Conquerors on the ropes but fumbled at the final hurdle once more, failing to knock out the last of the Conquerors before the timer reached zero. Despite two disappointing losses, the Skorpions brought the score back to 2:2 in the end with another great set up and crossfire defence, getting the bleed on Conquerors early on and finishing on a draw.

Current leaderboard toppers Action X faced off against last seasons champions the Sentinels next. Action X were supreme on Sand River, taking control of the map and denying the Sentinels the opportunity to isolate and destroy their tanks while countering their attempts to do so. Coming out of the first two battles with two very convincing wins. The Sentinels came back swinging on Himmelsdorf but Action X weren’t going to make things easy for them. After bringing Action X down to just DONGERLORD in a hard-fought battle it seemed as though they might not be able to knock him out in time, but with literally not even a second left to spare Wymo managed to get the kill just in the nick of time. In their final battle, things seemed to be going well for Action X, having cap pressure and a good setup but they seemed to make a few key mistakes that enabled the Sentinels to dig themselves out of a tricky situation and walk away with a draw.

Next up was Archers v Bulldogs on Sand River, where the Archers played a solid defence, knocking out Madhouse early on in the battle and denying the Bulldogs any cap pressure. The Bulldogs played things patiently on their defence and simply waited for the Archers to make a move. When they did, the Bulldogs were ready and waiting trading back shots nicely with good focus fire, knocking their opponents push back and securing themselves a win. Bulldogs came out with an interesting attacking strategy on Cliff, catching Archers off guard with a full send from Soldat_Udachi and AVP in E 50M’s straight up to the D5 position. AVP was lost on the way but Sodat_Udachi made it into position and evened things out after managing to knock out DeL. The Archer’s then went to push and isolate Madhouse but came out of it bruised and after a poorly timed reload from Toasted the Archers were on the run. The final battle came down to a push over mid that favoured Archers and left AVP running for the hills as the last man standing who wasn’t able to stop the Archers from capping to end on yet another draw.

In the last matchup of the night, the Matildas went straight for the cap one on Murovanka but bleed out heavily in doing so. After losing Jordy in a risky push to reposition the Panthers took their chance, pushing over onto the cap and finishing off the Matildas. In battle two the Panthers came close to getting a cap win but the Matildas managed to get the resets when they were needed and the Panthers shifted their focus from cap one onto cap two. The Matildas were once again able to stop the cap with a concerted push, crushing the Panthers under the weight of two S. Conquerors and a Kranvagn with Bailes providing support in the Bat-Chat. After that, the teams moved onto Himmelsdorf where the Matildas did a great job of bleeding HP away from the Panthers with some great rotations coming out from Matildas to eventually gain the tank advantage and ultimately the win. The last battle of the night saw the Panthers doing a full-on push down the hill of Himmelsdorf and absolutely steamrolling the Matildas, isolating fights and focus down targets nicely to finish the night 2:2.

No changes to the leaderboard this week with draws across the board as all teams look incredibly evenly matched. Hopefully next week we see some teams rising above the rest as we reach the midpoint of the season. 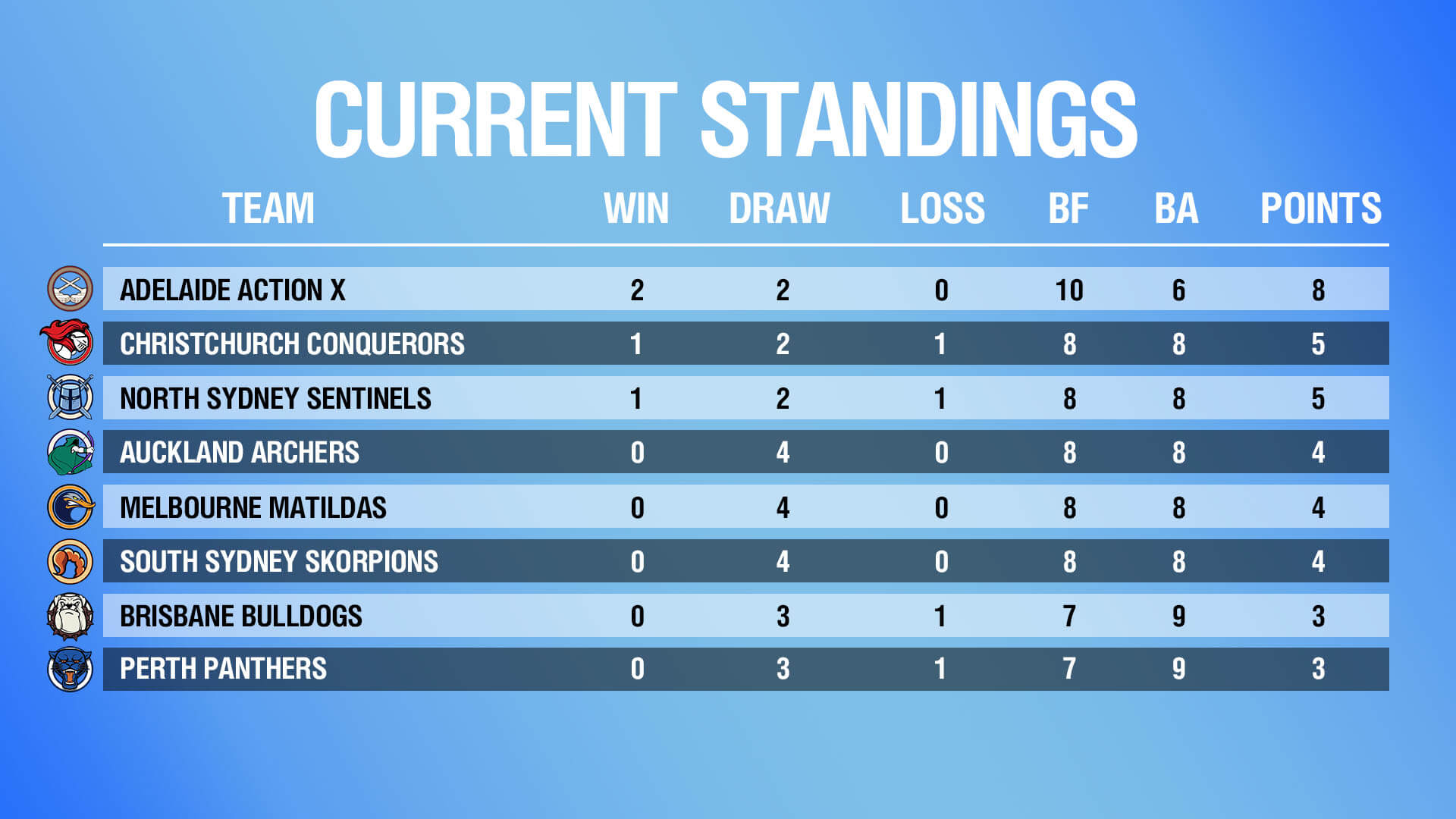 Here are the matches for next Friday the 16th, starting at 6:00 PM UTC+10 over at our World of Tanks ANZ Twitch Channel! Hosted by Kevin “KaRath” Zhu and Jordan “Elfish” Mays. 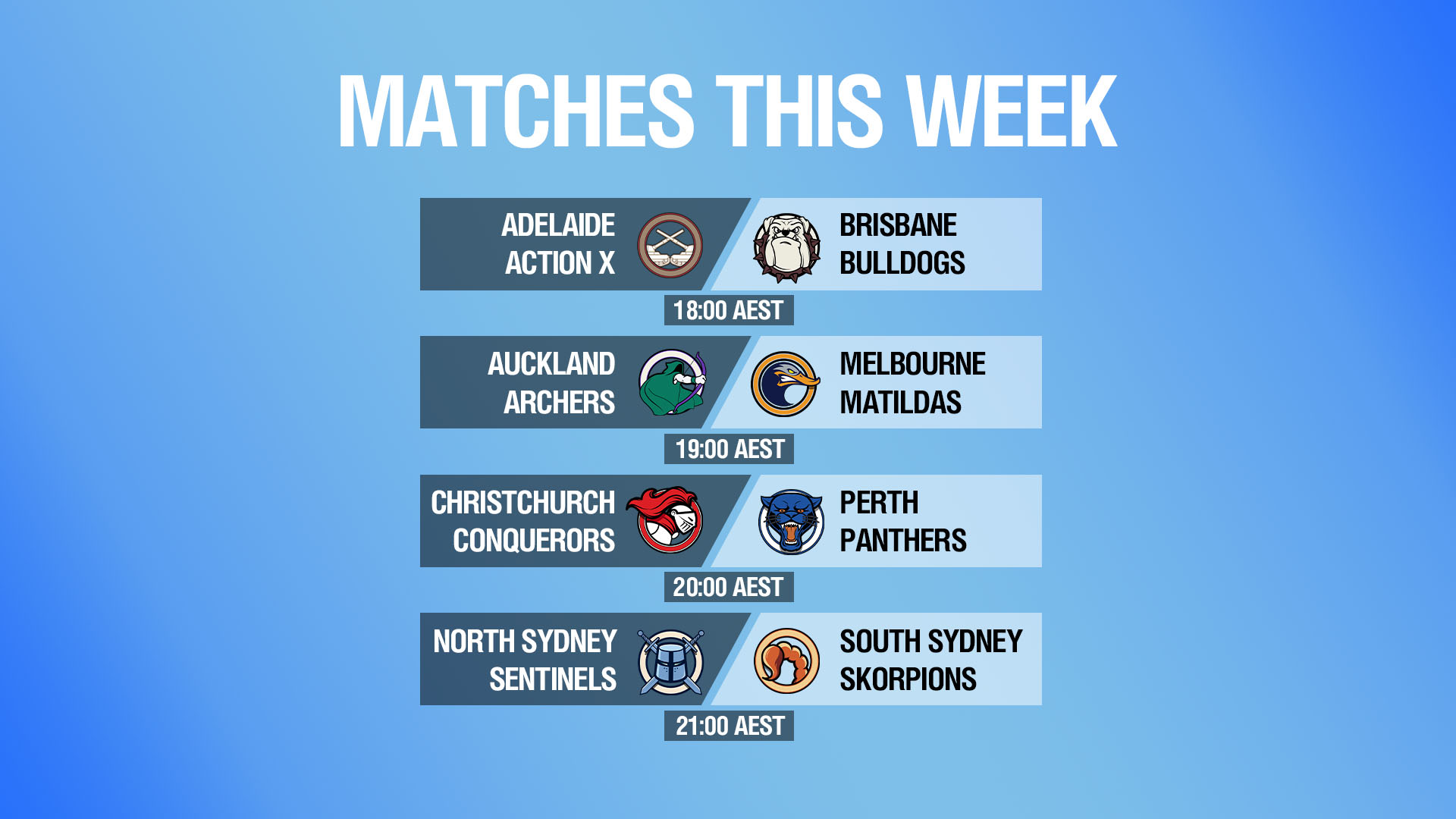 For our avid ANZFL fans, here is what the best performing team of five for week four was. A great performance from Colen27 followed closely by twit and then Celestia. 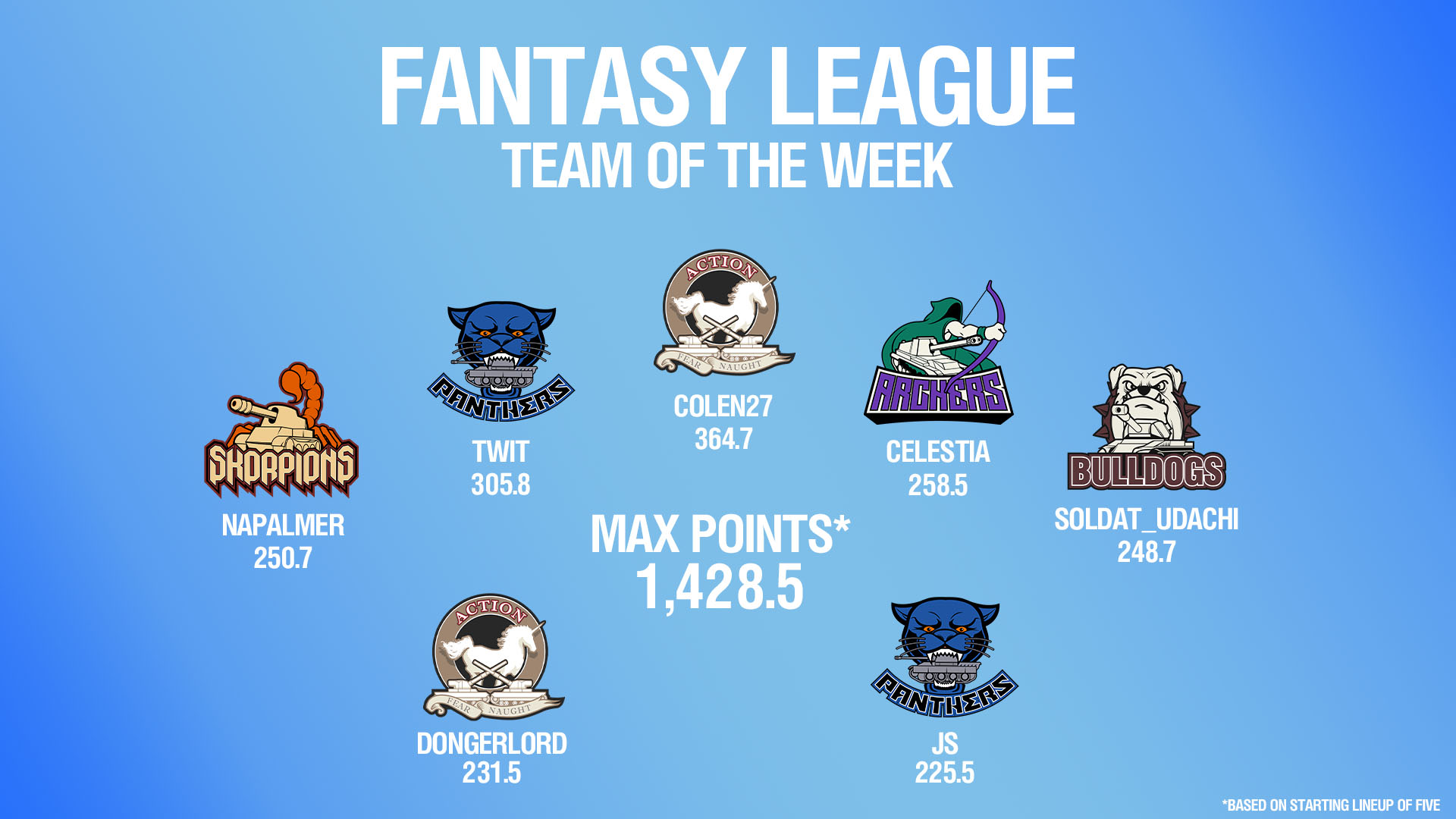 This week also saw the start of the much anticipated ANZBL so in much the same fashion we will be breaking down the action here for all those who missed it!

The Wolverines came out strong in their ANZBL debut seemingly out playing the Centurions at every turn on Ruinberg. Both teams went for similar strategies on their attacks, both going for cap one but the Centurions couldn’t break the Wolverines defences who managed to finish their defensive battle without losing a tank.

The Centurions didn’t seem to do much better on their defence of Ghost town, once again failing to knock out a single Wolverines tank. However, they started to turn things around on their attack, bring the battle to a much closer finish but ultimately being unable to best their opponents and put a point on the board.

The Hellcats started off the night with a clean sweep on Mines, finishing with all their tanks still alive after a strong defence, coving all their bases, not bleeding too much health and getting immense bleed on the Comets before they could even push. But the Comets came back strong in their defensive battle, playing well and finishing with their own convincing win.

The last two games on Himmelsdorf were neck and neck with both teams putting up a good fight that seemed as though it could have gone either way. Despite the close battles the Hellcats came out on top of both and finished the night with a 3:1 win.