Some big changes to the leaderboard after an even bigger night of #ANZPL last Friday! As usual, we’re here to break down all the action for you with a highlight from each match up as well as a recount of everything that went down to catch you up to speed if you’ve missed out!

The night got off to a great start for the Bulldogs after picking up a win on the attacking side of Sand River, a map that has been particularly difficult for attacking teams in the past. The deciding moment seemed to be a Bat-Chat battle between DONGERLORD and MadHouse, who knock out DONGERLORD before he could do any damage. Madhouse went on to finish the battle as the last man standing with 4.3K of damage to show for it. The second battle was another nice result for the Bulldogs, who for a moment looked to be in trouble as they were taken by surprise by Colen27 and Eugene charging down mid in Obj. 277’s, but were able to adapt well on the fly to secure the second victory. Action X found their feet on their defence of Cliff, managing to fend off a Bulldogs push, getting an ignite on Ravvi and finding a two on one to finish. However, on their attacking run, they weren’t able to break the Bulldogs defence as the Bulldogs seemed to easily hold them off to claim their first win of the season.

Both teams came away with a win apiece on Muravanka. The first battle being a close game that saw the attacking Matildas actually coming out on top of a brawl over the one cap but running out of time to hunt down Trax who made a speedy escape in his Bat-Chat. In the second battle, Bailes was able to win a decisive Bat-Chat duel against DeL that opened things up nicely for the Matildas to dismantle the Archers’ attack. In the final two battles on Ghost Town, Matildas made things look easy. Fielding Whippet in a Foch B, flanked by two E 100s the Archers didn’t seem to have an answer as the Matildas rolled over them. After the wildly successful use of the Foch B in the previous game the Matildas doubled up with Foch Bs on their defence and the result was much the same with both tanks putting out some huge damage to secure the Matildas their first win of the season.

Conquerors faced off against the Panthers next, starting with a Panthers attacking run on Himmelsdorf. Panthers got off to a good start managing to isolate and eliminate CallumAU but the Conquerors were able to bring it back to a four on four and run out the timer as the Panthers failed to take the initiative and push their advantage. The Conquerers suffered a slow and painful death on their attack though, with the Panthers doing a good job constructing their crossfires. Goober made the play of the night as he desperately tried to flee from JS, firing off an impressive tracking shot while on the move to make his escape. Moving onto Murovanka, both teams put in solid efforts in their attacks on a map that is notoriously unforgiving for attacking teams. Neither was able to break the other’s defence, however, ending on the first 2:2 of the night.

The last matchup of the night was a wild ride. Skorpions did a great job picking up an attacking win on Murovanka, although a close one at that. The defining moment being a push from Wym0 and Zanin onto Napalmer that ended in disaster for the Sentinels as Napalmer blocked a shot from Zanin allowing the Skorpions to eliminate the two, leaving only Sydny in a Bat-Chat to fend off the remaining Skorpions. The next battle was another close one, as the Skorpions managed to find and isolate the Sentinels, but the Sentinels traded back effectively until it was just Russian left who did well staying alive but couldn’t best the last two Sentinels. The next battle on Ghost Town shocked everyone as Rainbow was ignited and knocked out by a long shot from Night’s E 100, leaving the Skorpions with an advantage that was difficult for even them to mess up. Doodletank saved the day for Sentinels in the final battle as Russian desperately tried to get a reset but just couldn’t get a penetrating shot before the cap timer ran out ending on a disappointing draw for the Skorpions.

Big changes to the leaderboard this week as the Matildas and Bulldogs shoot up to second and third spots respectively. The Skorpions have a disappointing night, once again ending with a draw in a match they really should have won while Archer and Panthers find themselves in a difficult position this late in the season. 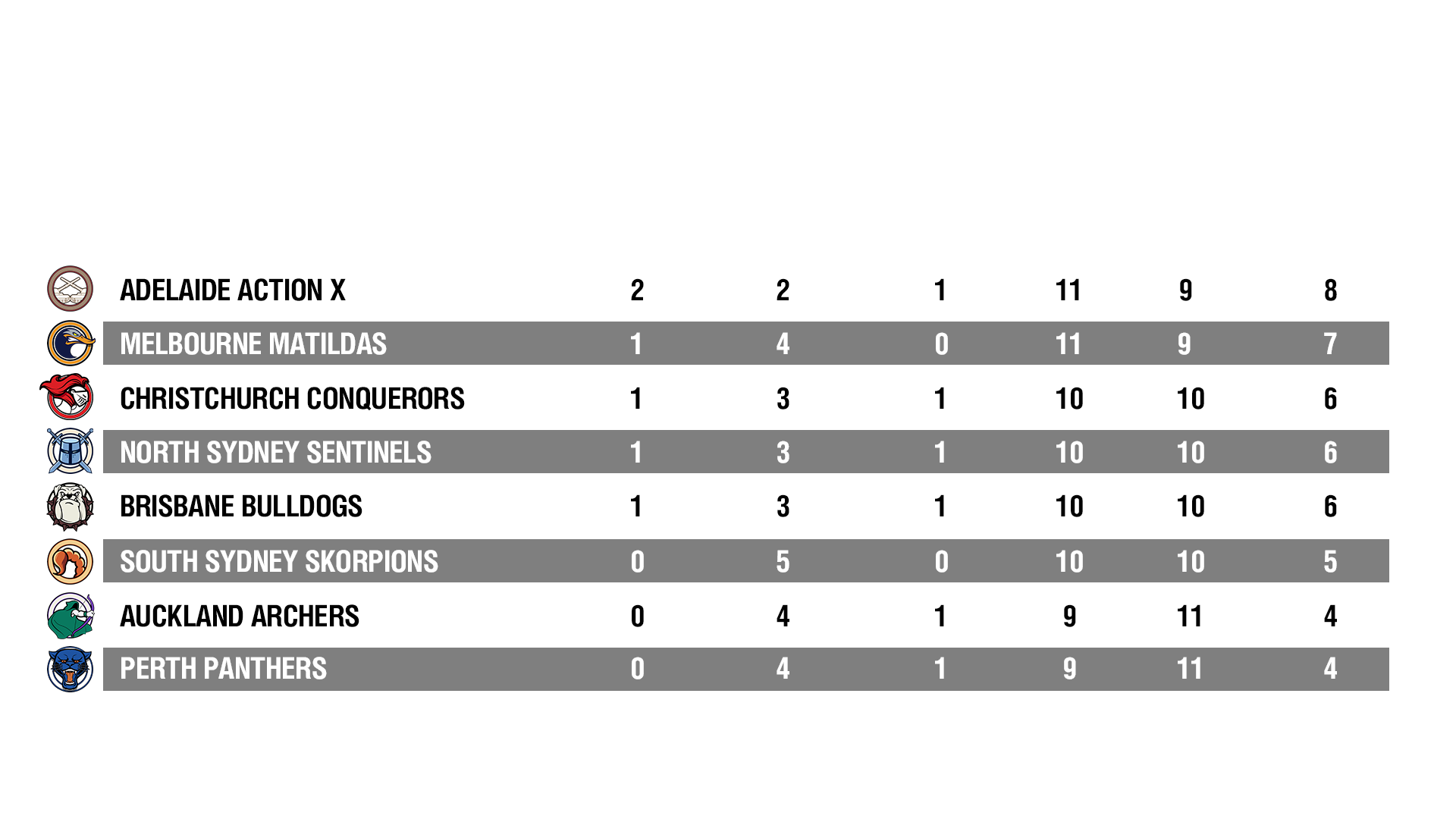 Here are the matches for next Friday the 23rd, starting at 6:00 PM UTC+10 over at our World of Tanks ANZ Twitch Channel! Hosted by Kevin “KaRath” Zhu and Jordan “Elfish” Mays.

For our avid ANZFL fans, here is what the best performing team of five for week four was. Well done to Whippet who tops the Fantasy league points this week at 336.7, followed closely by Bailes and Madhouse.

The second week of ANZBL is now also done so here is a quick break down of the action here for all those who missed it!

Starting off with an interesting game on Mines the Hellcats had a great setup getting amazing damage on the Wolverines cross but faltered in their decision to push the 9 line. However, the Hellcats bounced back in their defensive game to come out with a pretty convincing win.

In the last two games on Murovanka, the Wolverines struggles as the Hellcats set themselves apart from the pack, impressively winning both battles and securing themselves a top spot in the ANZBL.

Centurions and Comets duked it out next. Starting on Himmelsdorf, the Comets decided to field a Badger but may have ended up regretting it as the Centurions quickly knocked it out before it could much of anything, putting the Comets on the back foot. The Comets came back swinging in game two though, punishing the Centurions push through the courtyard and swarming their remaining tanks to win with four tanks left alive.

To finish up the two teams moved onto Mines where both struggled to break their opponent’s defences to finish on a draw while Pp_Power provided some comic relief after flipping his S. Conq while trying to drop off the hill onto crusadergaming.