Another week of ANZPL Season Three down and the games just keep getting better! Let’s break down all the action with a highlight from each matchup as well as a recount of everything that went down to catch you up to speed if you’ve missed out! Don’t forget, each week we will be running the ANZPL Hot Shot competition, allowing you to vote on your favourite moments from each week. Each clip in this wrap up is one of the four you can vote on, and there's a link to the voting form at the bottom of the article.

Our first matchup of week two had the Brisbane Bulldogs going up against the South Sydney Skorpions. The Bulldogs excelled on their map choice of Sand River, outmaneuvering and out positioning the Skorpions while dealing out good damage in game one. In game two, MadHouse and Dark were able to utilise their Bat-Chats to great effect to knock out Night early on in the piece without taking much damage in return, setting them up nicely to 2:0.

The Skorpions looked to be getting off to another rough start as JT copped some big damage early on in game three. However, after Russian and Benny were able to catch MadHouse out in the open and finish him off before he could escape the tables swung massively back in their favour. The final game had the Skorpions set up for a two flag defence in anticipation of a push from the hill. However, at the last moment the Bulldogs switched and pushed through mid, catching the Skorpions off guard and closing out the evening 3:1.

If the Conquerors were going to have a shot at beating the Sentinels it was going to be on Tundra. The first game was close but again the Sentinels did a great job of juggling their HP and picking their fights to come out on top. In game four the Sentinels were able to get some nice early bleed onto Royal_Kiwi but things went pear shaped as they split up their push, sending Wym0 and SoyMilk to back up Rainbow. This gave the Conquerors the opportunity they needed to end the series with a consolation round.

Next up the Auckland Archers and the Perth Panthers faced off on Sand River. The Archers played a more passive defense in game one, using run and gun tactics to take pot shots at the Panthers while avoiding big fights. Game two was a nailbiter as the teams brawled around the high ground above the two flag with Saffe making some risky plays, sending it twice in order to get kills onto LightningMan and goober which could have ended in disaster for the Archers, but worked out in the end.

In game three on Murovanka the Panthers looked like they’d gotten the better of the Archers as Trax was left on a sliver of HP while a full health goober sat on the cap. But in one of the more impressive displays this season, Trax was able to land an extremely difficult shot onto goober, resetting the cap with one second on the clock before disappearing into the night. The Archers weren’t able to lock in a clean sweep however with their attack on Murovanka being soundly beaten by the Panthers side for a 3:1 finish.

The final matchup of the night was between the Melbourne Matildas and Adelaide Action X. Starting on Ghost Town, game one was drawn out as the balance of power shifted from Action X’s favour to the Matildas. Game two was another close battle as the teams traded kills. Things looked as though they could have gone either way but Captain_Cows was able to knock out an isolated Saxon with the help of CJ to pull things back.

Moving onto Prokhorovka where everyone was on the edge of their seats as game three came down to a 1v2 between CJ, Whippet and arty_noob. CJ was able to eliminate arty_noob and for a 1v1 with Whippet. In the end it all came down to who was going to be able to reload first and the answer to that question was Whippet. The excitement didn't stop there, as the next game was once again fought down to the wire with the Matildas besting Action X in the fight but being unable to find CJ to finish things off. With no time left to cap the point, Action X were able to push things to the tiebreaker.

The final game on Himmelsdorf once again came down to a 1v1, this time between Captain_Cows in a Super Conqueror and Whippet in an AMX 50B. The two then took turns hunting each other as Whippet waited to reload, making his way out of view just in time before Captain_Cows was then forced to run. In the end, Whippet was duped by some quick thinking on Captain_Cows part and Action X was able to clutch the win 2:3.

The Bulldogs continue to hold the top spot this week, followed by the Archers, while the Sentinels move up above the Matildas and Skorpions. Action X get some points up on the board while the Panthers and Conquerors are yet to find themselves a win. 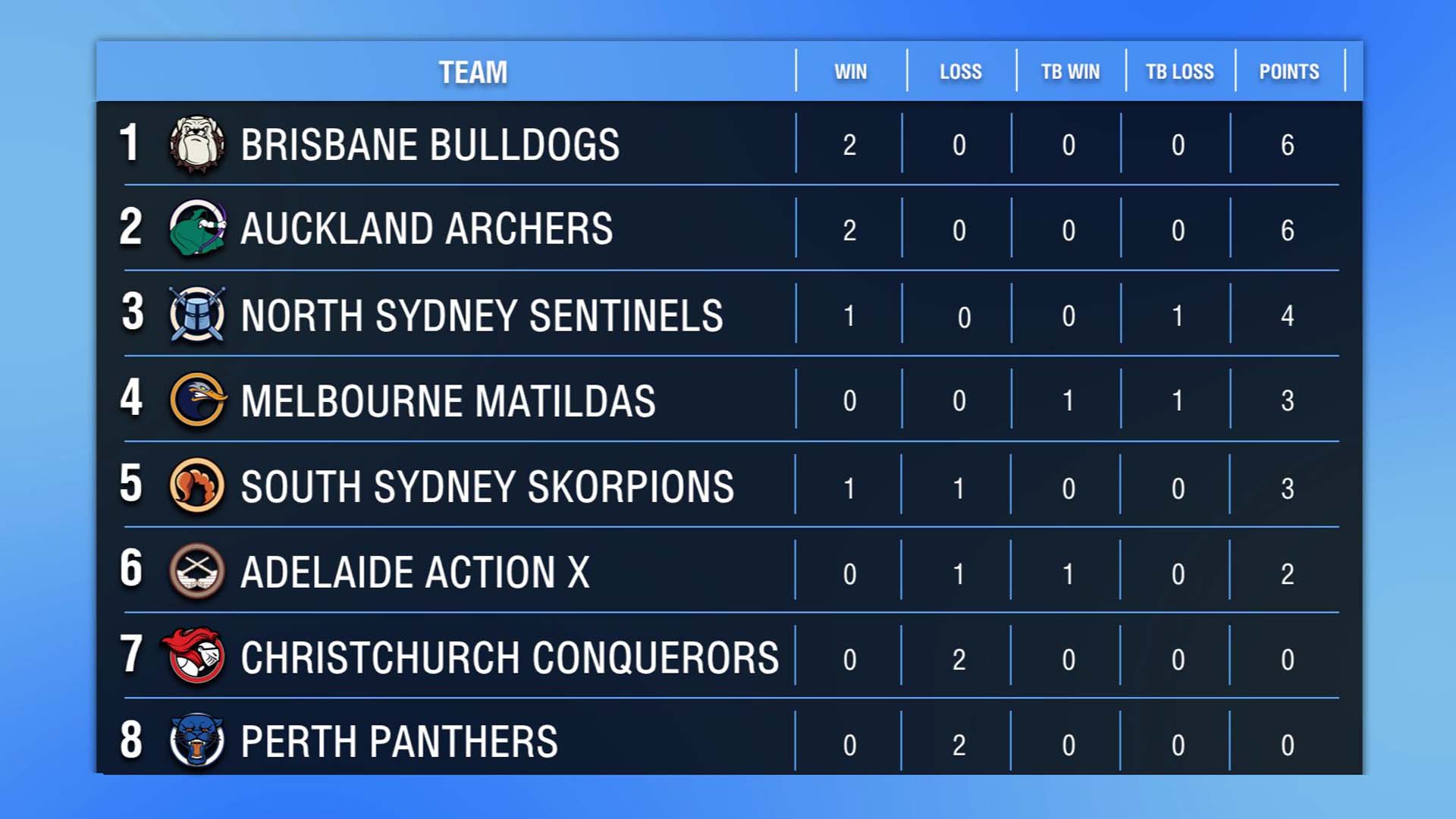 Here are the matches for this Friday the 17th, starting at 6:00 PM UTC+10 over at our World of Tanks ANZ Twitch Channel! Hosted by Kevin “KaRath” Zhu and Jordan “Elfish” Mays. 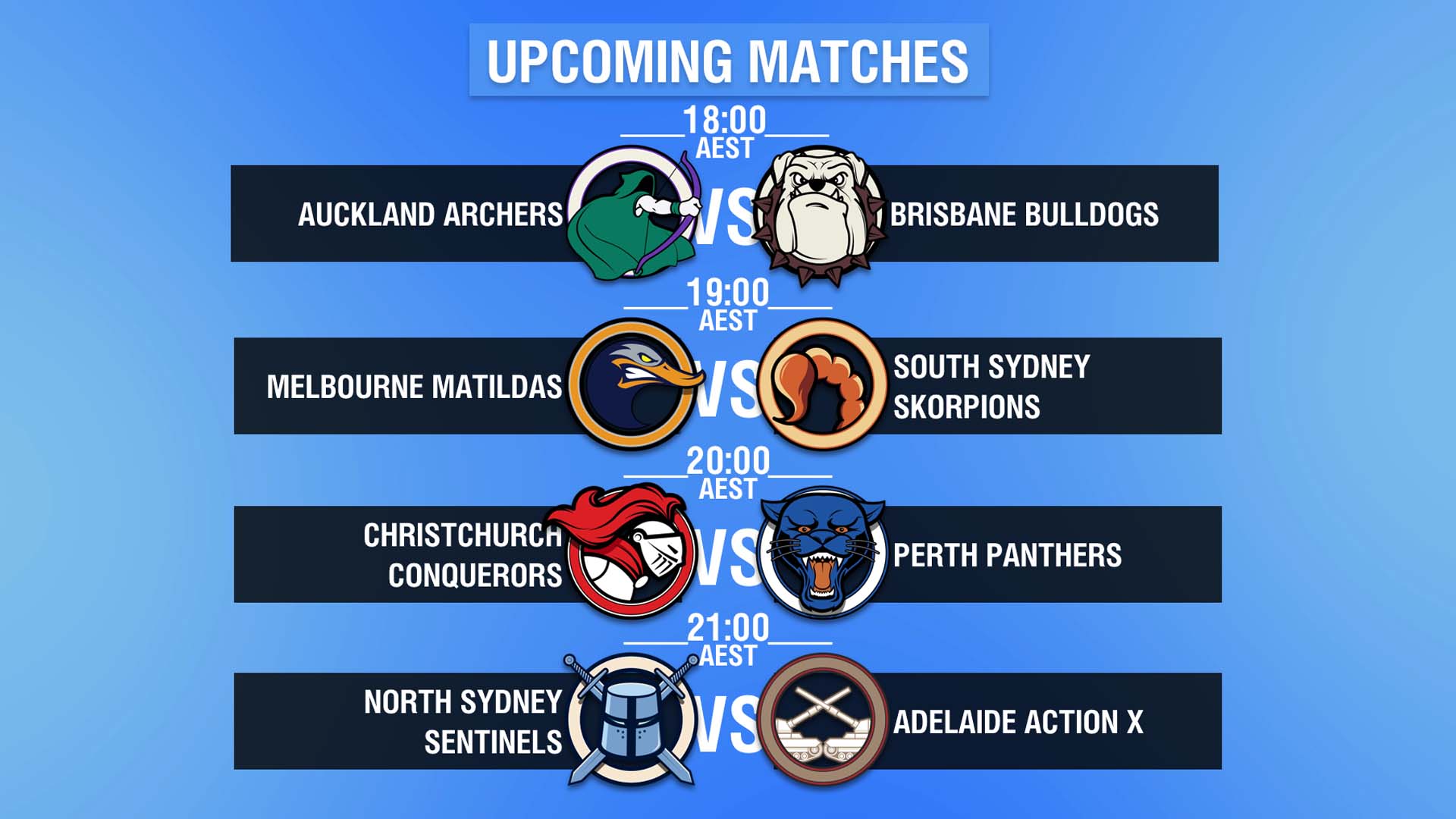 For our avid ANZFL fans, here is what the best performing team of five for week two was. 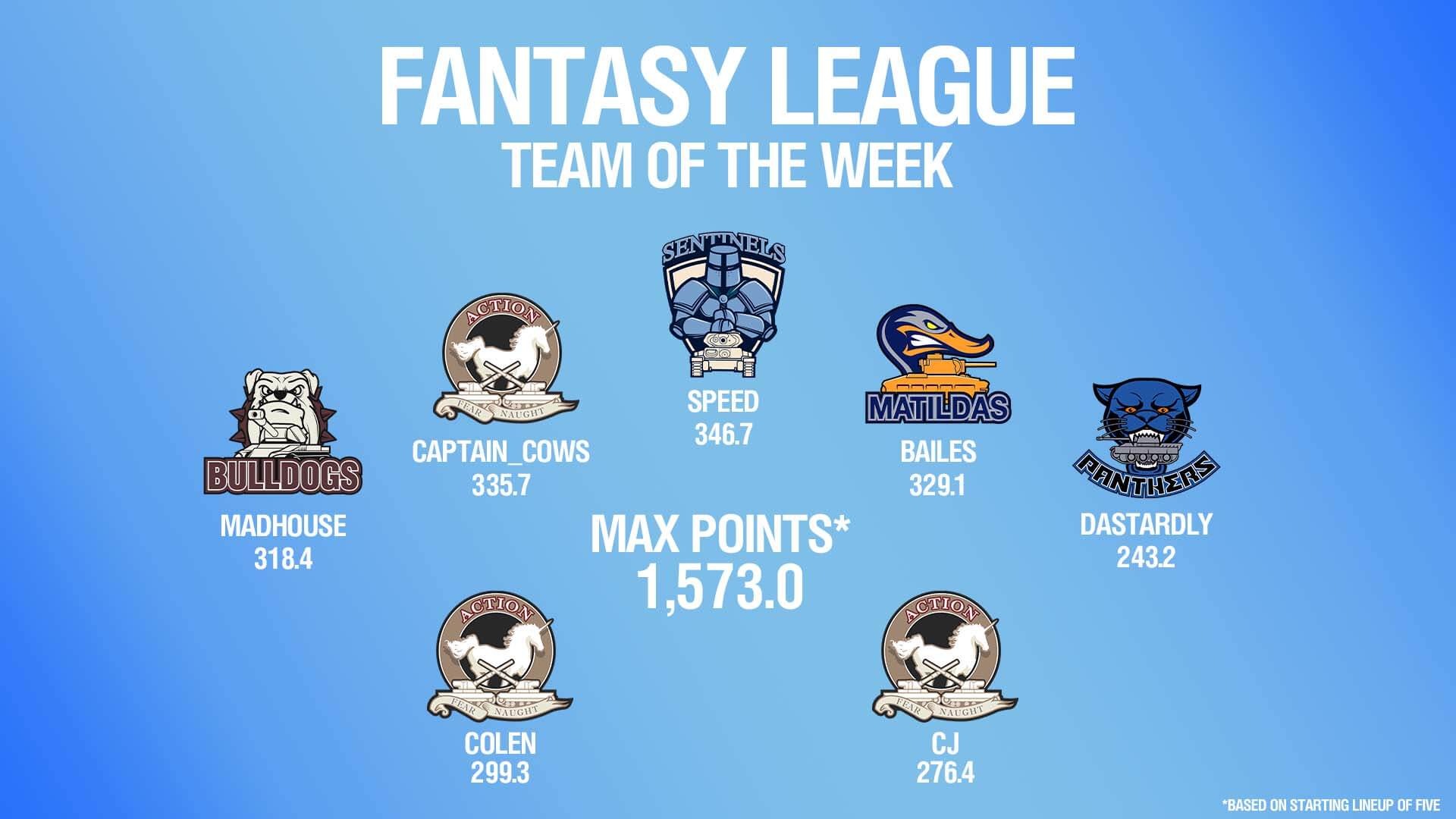 You can start your ANZPL Fantasy League team here

Don't forget to cast your vote for this weeks Hot Shot!