Round three is done and things are heating up! We’re here yet again to break down all the action with a Hot Shot clip from each matchup as well as a recount of everything that went down to bring you up to speed!

The Auckland Archers and Brisbane Bulldogs kicked things off with an exciting series. Beginning on Himmelsdorf the Bulldogs came out on top as the attacking side and did so in pretty quick fashion with Ravvi putting in work, picking up four kills and over 4K damage. The Archers got the better of the Bulldogs in game two despite losing Trax early on, finding the overmatches and bringing things back to a 1:1 scoreline and doing so with a flag cap.

On Ghost Town the Archers put up a solid defence, bleeding the Bulldogs out for almost 4K of their HP pool before even taking a hit themselves. This put the Bulldogs in a difficult position they just couldn’t come back from. In game three there seemed to be a moment where the Archers could have got away with a win if the Bulldogs had made a mistake as the cap pressure was starting to build but the resets came through and the Archers attack collapsed.

In the tiebreaker match on Prokhorovka the Archers gave it their all in their attack, but after Dark got the drop on Saffe with a very sneaky play in his T-100 LT things weren’t looking good. Despite this the Archers fought tooth and nail to the bitter end, eventually running out of the time and the tanks required to win.

Up next were the Melbourne Matildas and the South Sydney Skorpions. Things looked close in game one on Himmelsdorf as the teams traded Night for Bailes, but when it came down to it the Matildas had the edge with Whippet in the play-making tank using his AMX 50B to outflank the Skorpions and take the win. In game two the Matildas looked to be in a great position as they set up on the two flag but the Skorpions pushed back hard to drive them off while Napalmer farmed up a storm from the keyhole position in the T110E3. When the dust had settled the Skorpions were the clear victors, walking away 1:1 on the Matildas map pick.

Ghost Town was host to some excitingly close games, with game one seeing the Skorpions putting on the cap pressure early. When Bolagnaise came through with the reset it all came down to a brawl as the teams scrambled to find the overmatches. Finally, it was only Night and Whippet left but Whippet was out of shells and there was no way to win the one v one so Skorpions pulled off the attacking side win. In the final game the Matildas were looking like they might have a shot at the tiebreaker as they put pressure on the cap while simultaneously finding and deleting the Skorpions Bat-Chat of Russian with their own two Bat-Chats. However, the Matildas bled a lot and in the end it wasn’t enough to take things to the tiebreaker and the Skorpions came away with the win.

Clip B - No Cap Kill All

Onto the Christchurch Conquerors vs Perth Panthers where things got off to a slow start as the Panthers made their attacking run on Sand River. Things quickly went horribly wrong for the Cats after a disastrous cross through mid that saw the end of LightningMan while at the same time Twit in a Vz 55 picked a losing fight with Bluey’s STB-1. The Panthers made up for it in game two with a convincing win, showing some good decisive moves on defence, bleeding the Conquerors out until they were able to finish the fight.

On Prokhorovka the Panthers were able to steal a cap win without losing a single tank after baiting out a push from the Conquerors by sitting LightningMan on cap in a T-100 LT. Buff_Hamster took the bait but went in alone and failed to get a last minute reset. The final game looked to be at a bit of a stalemate until goober was able to cross over the tracks while only taking one shot of damage, allowing him free rein to get shots onto Buff in the IS-7 and win the series for the Panthers.

The last matchup of the night had the North Sydney Sentinels up against Adelaide Action X in some nail biting games. Starting on Ghost Town, Action X played fantastically with CJ and Shankypants using their Bat-Chats in unison to get rid of Rainbow before forcing the Sentinels E 100s and Maus into an awkward fight with their 113s while Eugene, Shankypants and CJ were able to get shots in from the sides. The Sentinels came back swinging in game two, bringing out the heavy tanks and just rolling over Action X, pushing the issue to make the attacking side win look easy.

In game three the Sentinels again made things look easy yet again as they tend to do on the defensive side of Sand River. Rainbow did a great job of grabbing map control in the T-100 LT, boxing Action X in on the cap before collapsing on them. However Action X ran rings around the Sentinels in the next game in an extremely impressive play, setting up Shankypants in a nice position to spot out the Sentinels as they moved toward the two flag, bleeding them out as they did. From there Action X was able to take the map control off the attackers, making the Sentinels look absolutely helpless - not an easy thing to do.

With the tiebreaker secured, Action X now had the unenviable task of facing a defending Sentinels team on Prokhorovka. The battle was split into two main points as Action X took the hill with STB-1s and a CS-63. While they battled it out on the hill SoyMilk and Wym0 crossed over the tracks to take out Colen but were caught in a crossfire that led to a two for one trade in Action X’s favour. From there the STB-1s on the hill were able to punish the rest of the Sentinels and the game was over with Action X taking the win.

The Bulldog are still top of the board, followed by the Archers, while the Skorpions jump up to third. Action X now sits just behind the Sentinels while the Panthers get some points on the board after their win against the Conquerors. 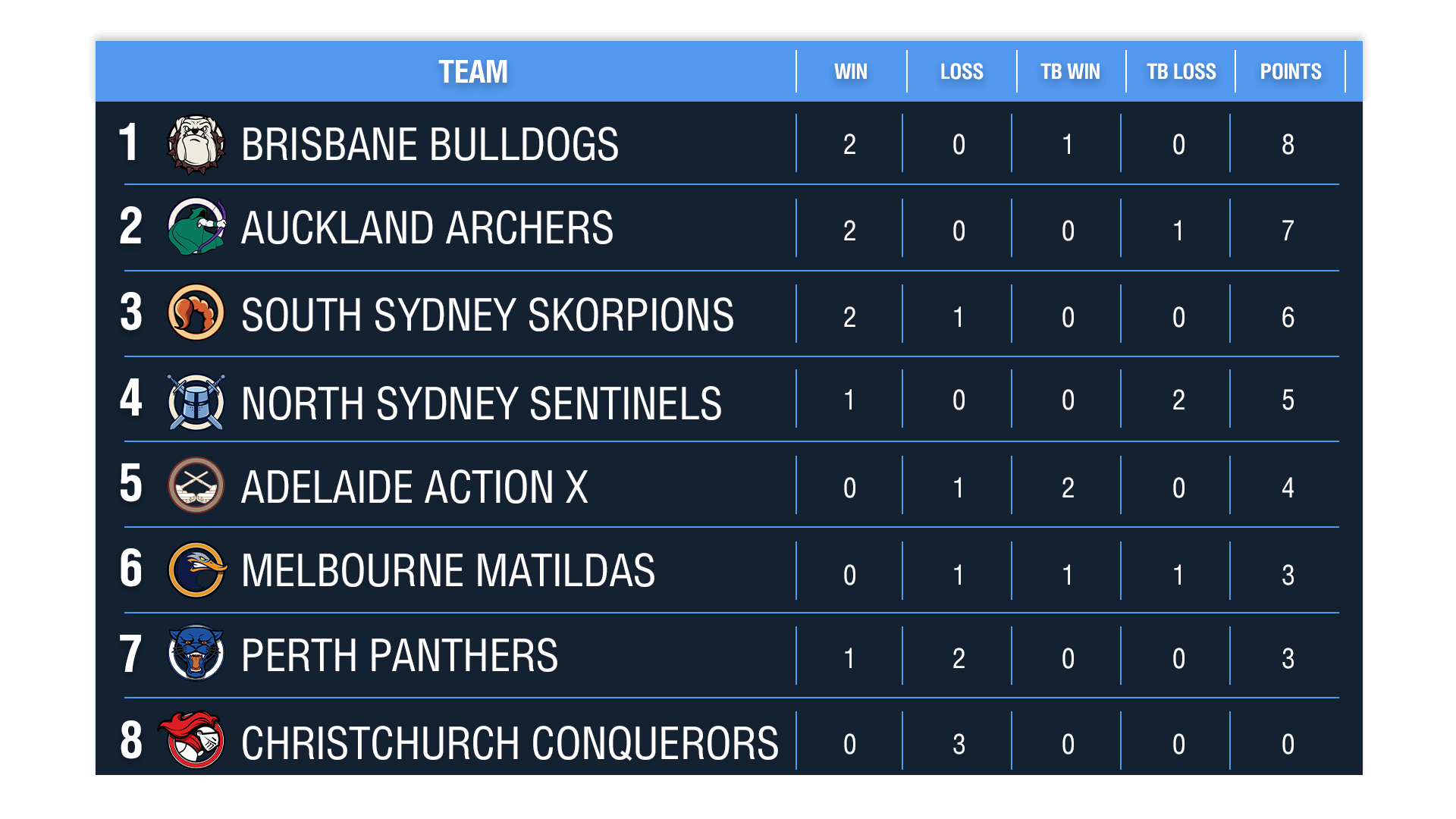 Here are the matches for this Friday the 24th, starting at 6:00 PM UTC+10 over at our World of Tanks ANZ Twitch Channel! Hosted by Kevin “KaRath” Zhu and Jordan “Elfish” Mays.

For our avid ANZFL fans, here is what the best performing team of five for week three was. 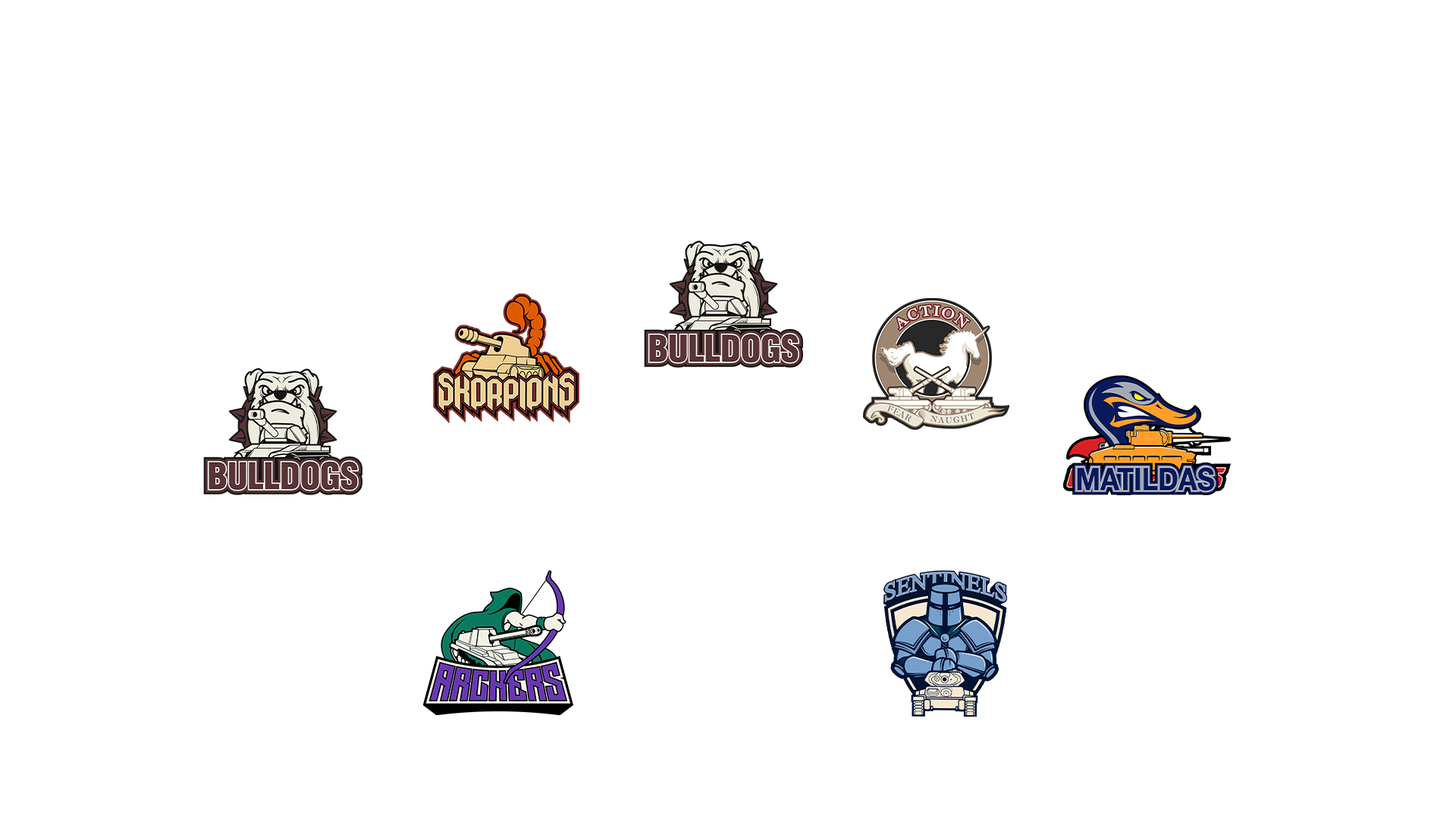